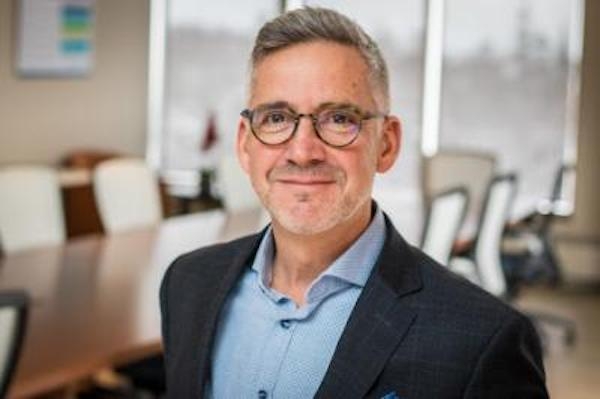 The president of the Nova Scotia Health Authority (NSHA) says if there is a second wave of COVID-19, hospitals will not react as they did the first time — essentially cancelling all but emergency and cancer treatments for a period of several months. Instead, hospitals intend to take an “incremental approach” and continue to do surgeries and allow family visits taking appropriate precautions.

“We responded like other places; we didn’t really know what COVID would bring,” Dr. Brendan Carr told the Legislature’s Public Accounts Committee yesterday. “We were very focussed on creating capacity in hospitals because we thought we were going to experience what happened in Italy and New York City. That is not how we are approaching the second wave.”

“We showed we could do that but we also recognize it had unintended consequences and people were not able to access regular services. The very strict restrictions on visitations also had a huge impact on patients, their families, and our caregivers. So, for the second wave we are taking what I would call more of an incremental approach and instead of thinking of the province as a single unit we are thinking about it more geographically. We are developing a scaled approach depending on what is happening in a community. Our objective is to minimize the disruption to services while at the same time having a plan that would allow us to escalate in a particular zone depending on the conditions related to COVID.”

Carr said a plan is also in the works to find and designate facilities within each of the four health zones where nursing home residents who test positive for COVID-19 could be moved and receive care in a setting outside their long-term care facility. This could reduce the spread of infection.

The actual focus of the Public Accounts meeting was to address concerns raised by the auditor general’s report of October 19. The auditor general made recommendations to improve internal controls to reduce the risk of fraud at the Nova Scotia Health Authority (NSHA) which employs 27,000 people and oversees an annual $2.3 billion budget. It also flagged concerns that the Authority remains vulnerable to external cyber attacks that could compromise data or involve privacy breaches of patient health information.

Carr told the committee all of the auditor general’s recommendations have been accepted and are being implemented. A mandatory online training course for how to identify fraud risks will be rolled out for NSHA employees within the next two months.

Chief Financial Officer Derek Spinney told the committee that since the amalgamation of the nine regional health authorities five years ago, the NSHA has implemented and standardized procedures to prevent employees from claiming overtime that was not actually worked. Similar internal controls now apply to claims for sick time. Any budget variance over 10% is questioned.

Progressive Conservative Tim Halman (Dartmouth East MLA) wanted to know what was being done to prevent the unauthorized release of personal health information. Over the past summer, 211 people were informed of privacy breaches and over the past year there were more than 850 breaches. Karen Hornberger, the director of privacy at the NSHA, told the committee while she cannot disclose the exact cause or reason for the breaches (previously published news reports have documented snooping by clerks and in one case a pharmacist), all the unauthorized disclosures were picked up by regular audits within the NSHA.

Protecting data from an external threat such as a cyberattack is also a challenge, noted Carr. “It’s a concern as we move forward with electronic health records,” he said. The Nova Scotia Health Authority relies on another division within the bureaucracy called Nova Scotia Digital Services. Digital Services has the mandate to create “a framework” to protect all government departments.

“Protecting the privacy of our employees, patients, and doctors is a top priority of the NSHA,” said Carr. “And the auditor general’s report suggests while the enterprise concepts are NS Digital Services’ responsibility, the specific clinical applications are ours and can be at risk. We agree with that and we are making progress in this area by developing training for staff and new policies.”

Unsurprisingly, with the gatekeepers continuing to work on systems to secure and protect health information from prying eyes and outside threats, there is still no timeline for when an electronic health records system called “One Patient One Record” will be introduced. Two prequalified finalists, Cerner and Allscripts, were identified two years ago.

“We are in the final phases of the procurement and have received the final bids from the vendors,” says the Health department spokesperson Marla MacInnis in an email. “We are currently using the planning assumption that it will take approximately four years to replace all three systems in hospitals. As the procurement process is currently ongoing, we cannot comment on costs at this time.”

The change will be “disruptive,” acknowledged Carr, but “worth it.” He went on to say the third leading cause of death in Canadian hospitals — and most hospitals around the world — is what is often referred to as “medical errors.” But those aren’t really mistakes so much as communication failures or inconsistencies in relaying information about medications or test results which can get lost in the shuffle. An electronic or digital health record that travels with a patient should reduce errors and improve treatment.

“There are risks around the implementation of electronic health records but what are the risks we are trying to improve upon?” asked Carr. “Those are largely around patient safety and the benefits should mean fewer deaths.”