You are here: Home / Commentary / Healthcare lessons from Manitoba’s First Nations… and Cuba 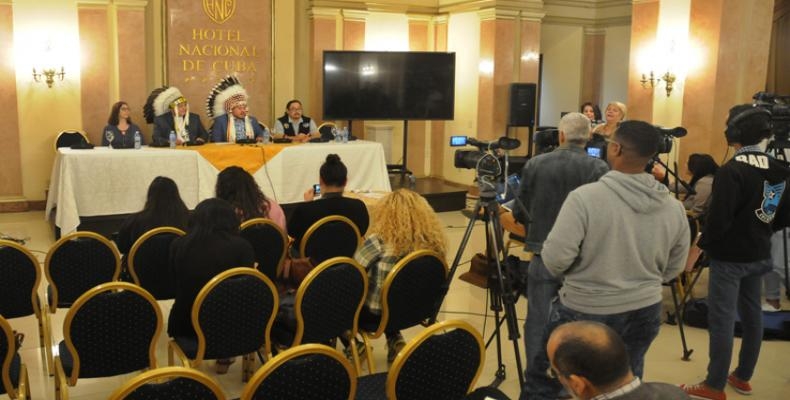 In February — before the coronavirus changed everything about everything for everybody — Jerry Daniels, the Grand Chief of the Southern Chiefs’ Organization, which represents 34 First Nations in Manitoba, led a delegation to Havana to meet with Cuban healthcare officials and tour its local medical facilities.

The visit was a follow-up to a presentation the Cuban Health Ministry had made to a number of western Canadian First Nations. Cuba’s proposal: to provide Cuban “collaborators” — doctors, nurses, and other front-line healthcare workers — to underserved First Nations communities. At the same time, the First Nations would send their students to Cuba to train for free at Havana’s famous Latin American School of Medicine, the world’s largest international training centre for doctors. After graduation from the seven-year program, the newly minted doctors could return home to their reserves to provide long-term, ongoing care to residents in their own underserved communities.

Daniels, who is involved with the First Nations Health Transformation Agenda — which was set up to find ways to give individual Indigenous communities more control over their own health care — told the Winnipeg Sun his group had looked at healthcare systems across the country and beyond “in search of a system that lands them the best return on their health-care investments.”

The Cuban system, he said, was the best they had found. Thanks to its focus on preventive medicine to overcome the handicap of a weak economy and inadequate infrastructure — issues faced by many First Nations — “they have probably the best health return-on-investment system in the world.” 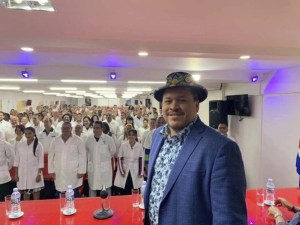 When he returned home at the end of February, Daniels told the Winnipeg Free Press he expected the first Cuban doctor would arrive sometime this year to begin practising in Gambler First Nation, a small rural community (population 293) 350 km west of Winnipeg. Better, he said, students from Manitoba would also soon head south to begin their medical training.

Except… Canada had so far refused to issue a visa to allow the Cuban doctor to come to Canada.

But then on Friday — with the COVID-19 pandemic barreling its inevitable way toward vulnerable First Nations communities — Daniels sent an urgent letter to Prime Minister Justin Trudeau on behalf of the Southern Chiefs group, formally asking the federal government to immediately allow not just one doctor but Cuban Health Care Brigades into the country and onto reserves to help provide urgent medical care where it will be needed most.

Cuban brigades are already doing just that in other countries hard hit by the coronavirus, including Italy, Jamaica, Nicaragua, Venezuela, Suriname, and Grenada.

“The arrival of a medical brigade from Cuba to Italy is pretty historic,” Peter Kornbluh, the director of the Cuba Documentation Project at the National Security Archive at George Washington University told Democracy Now. “You have a leading European nation accepting support in the form of a medical team from a small Caribbean island,” explained Kornbluh who recently participated in the “Cuban Revolution at 60” conference in Halifax. “It just goes to the history of Cuba’s deep and long-lasting commitment to humanitarian solidarity with other countries.”

Why am I telling you all of this now?

Well, because, when it comes to healthcare, we are not in the first world.

In a province where Indigenous and African Nova Scotia communities are even more chronically underserved than the rest of us, the Manitoba First Nations’ strategy to collaborate with Cuba to improve their local healthcare delivery is worth considering.

And then there’s this: According to the World Bank, Cuba has 8.2 doctors for every 1,000 citizens; Canada has 2.6. Figures suggest the ratio for Nova Scotia — 2.7 per 1,000 — is actually slightly better than the Canadian, if not even close to the Cuban, average, but the on-the-ground reality is skewed by our higher number of specialists as a regional medical service centre and by the uneven distribution of doctors across the province. The more significant numbers here are that, as of February 1, 47,695 Nova Scotians — 5.2% of us — are still on the official “Need a Family Practice Registry.”

Forget the coronavirus. We need to do better.

Cuba has done better. Cuba is not paradise, of course; we’re right to be troubled by the state of Cuba’s state media and by the lack of freedom of expression for dissenters (though that, in part, is the logical result of the fact the United States spends millions to pay dissidents as part of its regime-change programs in Cuba).

But the more significant-in-this-context reality is that the Cuban government decided long ago that its most important human rights would be collective ones — universal access to education and health care.

It has even made healthcare an integral part of its foreign policy. (Which would you prefer — a country whose foreign policy is based on peddling weapons of mass destruction, or one exporting healthcare services to other nations in need?)

Within a few years of its 1959 revolution, Cuba sent its first medical brigade to Algeria. Since then, it has provided 400,000 healthcare workers on missions in 164 countries — some to deal with diseases like Ebola and COVID-19, or natural disasters like the earthquake in Haiti; others for longer-term work in remote areas and poorer countries. (Italy is the first wealthy country to accept its offers of help; in 2005, US President George Bush ignored Cuba’s offer to send 1,500 medical personnel to help out after Hurricane Katrina.)

Yes, it is true supplying doctors and other medical professionals abroad to countries that can afford it has become a critically important source of foreign revenue for US blockade-blocked Cuba. (Again, would you prefer that income came from the sale of weapons?)

But it is also true Fidel Castro — following a series of natural disasters in Central America in the late 1990s — didn’t just send emergency teams to help out with the initial catastrophes. He also established the Latin American School of Medicine (ELAM) to train students from poor countries for free — including covering tuition, room and board and even a small stipend — so they could return to their home countries seven years later as debt-free doctors serving in their own communities.

Since it opened in 1999, ELAM has graduated more than 37,000 doctors, most from Latin America, the Caribbean, Africa, Europe, Asia, and even the United States. (Very few Canadians have so far been trained there.)

In Nova Scotia? Last summer, our government created the first 16 funded seats at Dal’s medical school — out of 440 — for students from rural areas and those from African Nova Scotian or Indigenous backgrounds.

We are not even beginning to meet our own needs.

We should be talking to Cuba about both short-term relief — making commercial arrangements for Cuban doctors to work in areas of particular need in Nova Scotia — and also educating ourselves on all the ways in which cash-strapped Cuba has used preventive medicine to achieve health outcomes as good as, and sometimes better than our own.

Perhaps most importantly, we should consider what would happen if we — like Cuba — really believed that health care is a basic human right for everyone.

I write for the Examiner — but I also read it. And I’ve been so impressed by the work of Tim and my colleagues there who are providing continuing, in-depth coverage of the COVID-19 crisis, including reporting extensively on the province’s daily updates of its spread. This is a time when dependable sources of information are vital for all of us. Tim has made the Examiner’s COVID coverage free as a public service. But it isn’t free to produce. If you haven’t, and you can, you should consider subscribing. It is more important than ever.