You are here: Home / Commentary / Hard conversations: Why was “fantastic principal” Lamar Eason suspended from his job? 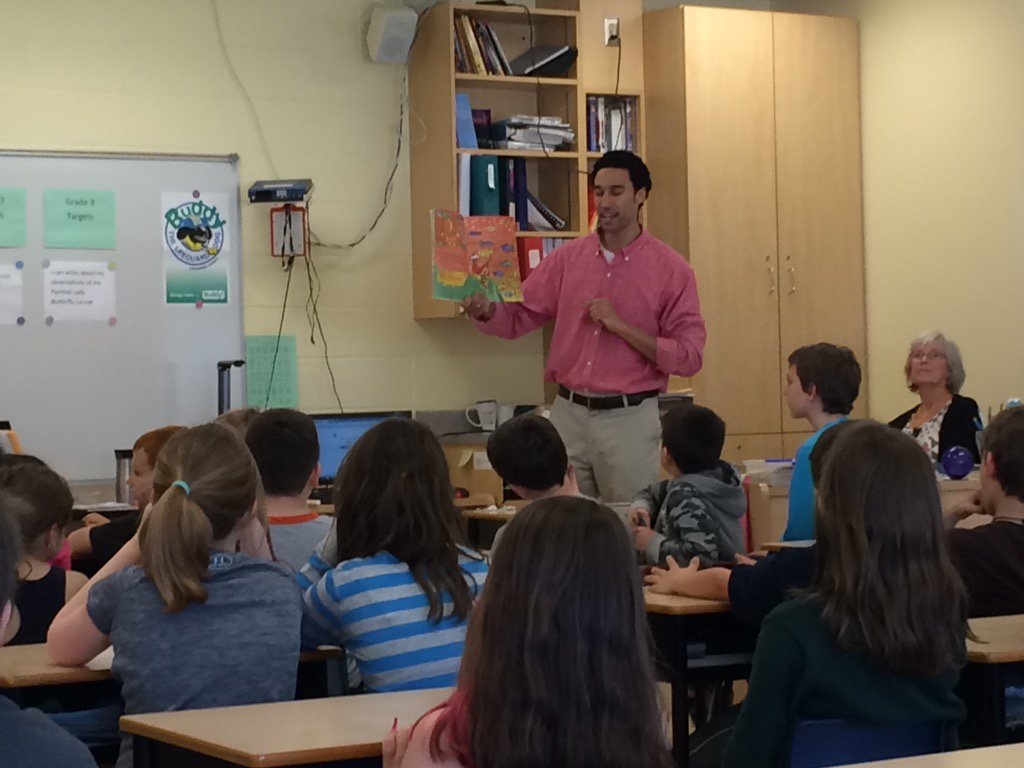 Just as the school day was winding down on Monday, Nov. 5, 2018, the human resources director of the South Shore Regional Centre for Education (SSRCE) showed up, unannounced, at Mahone Bay’s Bayview Community School. Brian Bonia proceeded directly to the office of the school’s principal, Lamar Eason, where he delivered a copy of an official complaint, which he told Eason had been lodged against him.

As he read the details, Eason recalls, he “chuckled,” not because the details were funny but because the allegation both came out of nowhere and was, at the same time, also predictable. “This is that moment.”

According to a letter the school’s vice principal would send to parents three weeks later — the first official explanation of what was happening — the allegation predated Eason’s arrival as principal that fall and involved “a complaint by a colleague from last year when Lamar was coordinator of race relations, cross-cultural understanding and human rights (RCH)… It is important for Bayview parents to note that this complaint has nothing to do with a student, our school or Lamar’s ability as our principal.”

Eason himself still can’t discuss the specifics of the complaint against him because he’s under a “gag” order while McInnes Cooper — the Halifax-based law firm that also serves as lawyer for the school district — conducts a supposedly independent investigation of the matter.

But Eason is quick to make clear when I ask that the complaint had nothing to do with sexual harassment or any sort of gender issue. Instead, he says, it related to his work as the school district’s race relations coordinator.

“People don’t like to talk about race, culture, bias,” he explains, adding elliptically: “Doing your job can lead to questioning the people employing you. Understandably, people get defensive. But [race relations officers] are not there just to support schools; we’re also there to support students and their families. There can be some hard conversations.”

One of those hard conversations appears to have triggered the complaint against him. A parents’ group that supports Eason last week filed a freedom of information request asking for — among many other documents — “all records of communication between Lamar Eason and Rebecca Smart” concerning events that took place at Pentz School in LaHave in May 2018, and which “led to Lamar Eason protesting [Smart’s] administrative actions.” Smart is the Pentz school’s principal.

We’ll come back to Milner.

At first, Eason assumed the complaint — the first filed against him during his teaching career — would lead nowhere, in part because he believed it was unjustified and in part because the complaint had been filed more than 90 days after the alleged incident. Under the SSRCE’s respectful workplace policy, such complaints must be made within 90 days.

Five days later, however, Bonia arrived back at his office, this time to tell Eason he had been officially placed on administrative leave and was to stay away from the school until further notice.

Lamar Eason, who is from the United States — “Dad was a military chaplain and I was an army brat, so we moved around a lot” — became a teacher in the US in the early 2000s and later returned to school where he earned his Master of Arts degree in Educational Leadership at the University of Illinois in 2011. The next year, he and his Nova Scotia-born wife, whom he’d met in the States, moved to the south shore.

In 2013, Eason, who is black, was hired as the RCH coordinator for the South Shore Regional School Board, which last year morphed into the SSRCE after the province abolished all elected school boards.

The job, which Eason says encompassed “18 or more” categories of human rights issues, involved everything from making school and community presentations to supporting “culturally responsive practices in teaching pedagogy and working with policy to be inclusive of all learners.” Not to forget having those occasional hard conversations.

“When you’re the only person of colour in the room,” he says, “you’re often seen by others in one of three ways. If you speak up: ‘you’re confrontational,’ or ‘you’re not on board,’ or anything you say is not considered ‘conversation.’”

Despite that, he says “I loved my job” for the first three years.  And he and his wife, who have five children under eight, delighted in living on the province’s south shore.

But over time, he began to experience “problems,” in particular conflicts with “one individual.”

“Yes. The last year was hard for me,” Eason tells me. “So I spoke to my wife and we agreed it was time for me to do something else.” 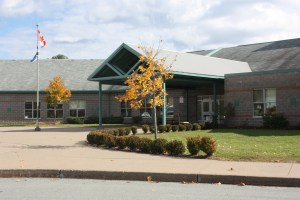 Last spring, he applied for an open job as principal at Bayview.

He didn’t get it. And then the process quickly degenerated into a “kerfuffle.”

When you don’t get a job you apply for, Eason says, it’s normal to go to the human resources director to ask what you need to work on for the next time.

Eason did that. HR director Bonia, he says, told him that when interviewees for a position end up “neck and neck” — as had been the case with the Bayview job — the decision comes down to “subjectivity.” Later, he suggested the hiring decision in such cases would come down to a comparison of the candidates’ references. Eason checked with his references. The school district had never contacted any of them.

Eason already had concerns that Milner, who was a member of the original hiring committee, was biased against him, so he filed a grievance, claiming the process had not been fair and asking for a new “independent” interview panel.

He won. And, eventually, he got the principal’s job, overseeing a school of 400 primary-to-Grade-9 students.

By all accounts, Lamar Eason was an exceptional principal for the short time he was in the job.

In fact, after word leaked out in late November he’d been suspended, one local resident launched a Facebook page, “Standing with Mr. Eason,” and 575 parents signed an online petition demanding his reinstatement. They were often effusive in their praise of him:

But another, darker, deeper thread ran through many of the online comments — a sense the recently provincialized, unelected and unaccountable school district was neither transparent nor accountable. William Kowalski, one of the members of the parents’ group, recalls that, “as soon as we started making noise about Lamar, many of us were approached in private by SSRCE staff who begged us to keep digging.” Though they would not speak on the record “for fear of losing their jobs,” Kowalski says he and the other parents heard many stories about “mismanagement and a culture of fear” at the school district’s administration office. “All roads seemed to lead to Scott Milner.”

Which may explain why the group’s petition also called for “an immediate investigation into the conduct and motives of Scott Milner” as well as a separate investigation by the Nova Scotia Human Rights Commission to determine “whether institutionalized racial bias played a role in Mr. Eason’s suspension.”

Says Kowalski: “In a truly progressive society [Eason’s] race would be incidental, but we are not there yet… I highly doubt things would have fallen out this way if Lamar had been white.”

But that explosion of community support for the embattled principal did have an impact. In early December, Eason was reinstated, though the SSRCE continued to insist it could not discuss the reason for his original suspension or explain why he’d now been reinstated.

In a letter to parents, Milner — who’d ignored requests to meet publicly with the community — apologized for the “confusion and concern caused by a lack of information.” But he didn’t do much to alleviate it, saying only: “I’m pleased to welcome [Lamar Eason] back as leader of the BCS administrative team and most especially, as a champion of student achievement for BCS students.”

But that was far from the only fallout from the events at Bayview. Within days of delivering his bad news to Eason, Brian Bonia was no longer the district’s HR director.

Then, on Dec. 20 — just one day before school closed out for the holiday break — the SSRCE quietly issued a news release “to announce senior leadership changes that will take effect in the new year.”

Scott Milner, it said, “has accepted a position to become the executive director of the newly formed Common Services Bureau.” The bureau had been one of the recommendations in last January’s Glaze report for the department of education, but little had been heard about it since. Now, nearly a year later, there still didn’t seem much to say. “Further details about the role and activities of the Common Services Bureau will be shared by the department of education and early childhood development in the New Year once its operations are underway and the new executive director is in place,” non-explained the release.

In fact, the hasty, last-hours-of-the-school-term announcement seemed purposely designed to remove Milner from the line of fire and, just as important, bury a whole bunch of larger issues, including those allegations of mismanagement and the culture of fear. At the SSRCE, as well as the broader implications of last year’s decision by the provincial Liberals to replace locally accountable school boards with “centres of education” answerable only to their political masters in Halifax.

But William Kowalski says the community will not only continue to press for a full explanation of the backstory that led to the complaint against Eason but refocus its effort on the larger issues: “We will also likely now begin pushing the deputy minister and minister [of education] for some real answers concerning the state of education in Nova Scotia, specifically to do with the communication, transparency, and accountability issues that we’ve been touching on all along.”

As for Lamar Eason, he’s happy to be back at work doing what he loves while he waits for the official report on the investigation into the complaint against him and, he hopes, vindication.