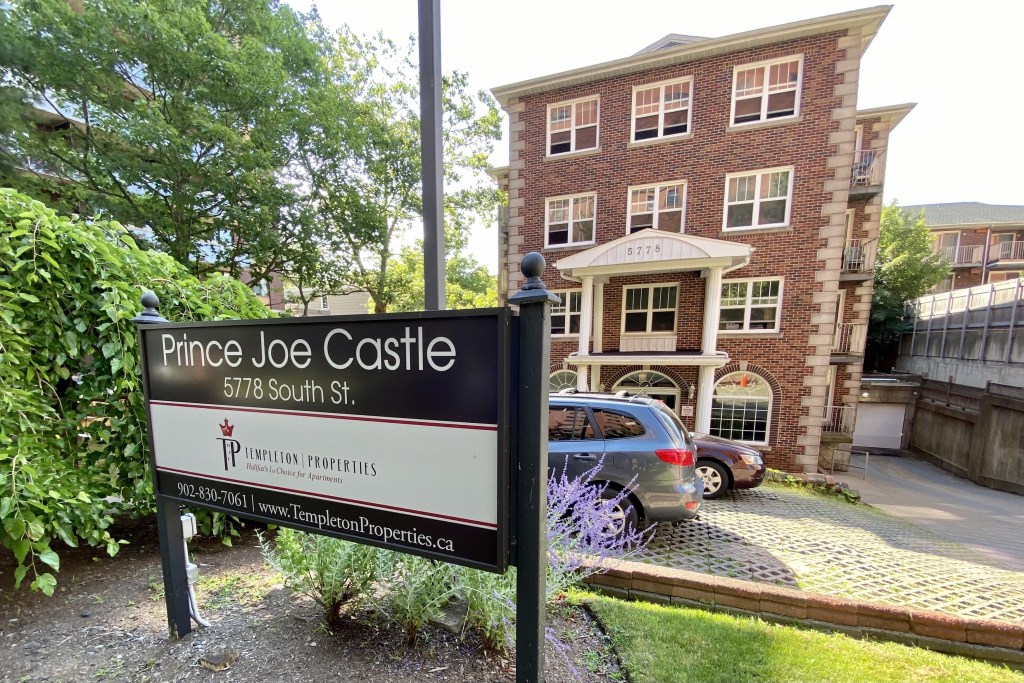 With plans to move to Ontario on the horizon, Sarah Frame decided earlier this year that she wanted to switch to a month-to-month lease.

It’s a tenant’s right to do so at the end of their annual lease under the provincial Residential Tenancies Act, so Frame notified her landlord, Andrew Metlege’s Templeton Properties, of her intention.

Having lived in her apartment at 5778 South St. in Halifax since May 2019, Frame was paying $950 a month, and notified Templeton that she’d be switching to month-to-month on the anniversary date, May 1, 2021.

The landlord’s representative, Tim Riley, notified Frame that if she switched to month-to-month, Templeton would invoke a clause in her lease to increase her rent.

“I received an email from Templeton informing me of this clause, and letting me know that if I chose to go month to month, my rent would increase by $500 a month, which was pretty obscene because that would be an increase of more than 50% of my rent,” Frame said in an interview.

The landlord calls it a rental incentive. Dalhousie Legal Aid community legal worker* Mark Culligan, with whom Frame worked as a student this past winter, is calling it a “punitive lease incentive,” and Culligan said the practice is becoming more common.

An attempt to ‘skirt the law’

“Tenants benefit from the flexibility and the landlords want to reduce their overhead costs associated with turnover from tenants,” Culligan said of month-to-month leases.

“The landlords are trying to essentially skirt the law in order to reduce their overhead.”

Culligan said that while some landlords have been using these clauses for a while, he first heard of the practice last fall. He said it’s becoming more common after an amendment to the Residential Tenancies Act made in 2018.

Before that amendment, a tenant had to request to shift from an annual lease to month-to-month. The landlord could not “arbitrarily or unreasonably” say no, but they had the option. Now, the landlord can’t say no. The Act says: “A tenant may change a year-to-year lease to a month-to-month lease by giving written notice to the landlord at least three months prior to the anniversary date of the lease.”

“We saw an increase in landlords doing this after that new version of the Act came in and they had this clause in the lease called the annual lease incentive portion,” Culligan said. “And they say that if you’re on a year-to-year lease what you’re actually getting is a discount every month.”

The Act is essentially silent on the practice — the word “incentive” never appears — but Culligan believes it’s illegal.

Last fall he began looking for a tenant willing to launch what he called a test case, someone to bring the practice to court for a ruling on its legality. He found several tenants with these clauses in their leases, but none willing to test their legality — until it happened to Frame.

After being notified of the $500 “incentive” in her lease in February, Frame took the case to the director of the Residential Tenancies Program for a hearing.

In late March, Residential Tenancy Officer Linda Hardy ruled in Frame’s favour, ordering Templeton to allow Frame to shift to a month-to-month lease at a rental increase of the allowable 2% under Nova Scotia’s temporary rent control.

Because that decision focused on the increase being more than 2%, Frame and Culligan submitted another application to Residential Tenancies, this time seeking a ruling on the legality of the rental incentive clause.

It is of my view, that the clause above is simply designed to prevent tenants from exercising their rights under the Act. There appears to be no logical connection for the $500.00 incentive. Why $500? Why not a $1000. If the landlord is correct they could presumably put any amount. The clause in my view is designed solely to keep the tenant on a yearly term. In effect this is an attempt by the landlord to get around the right of a tenant to request to go monthly. It is contrary to the Act and I accept the tenant’s position that such a clause has no force and effect and that it is retaliatory and it conflicts with the Act and restricts the tenants right to exercise their rights under it.

Warham awarded Frame costs of $31.15 (the application fee). Templeton has appealed the ruling to Nova Scotia Small Claims court. Its position is that Frame agreed to and signed the lease, and so agreed to the clause.

The Halifax Examiner left Riley, the Templeton Properties representative, a voicemail seeking comment. We’ll update this article when we hear back.

Other landlords are using similar tactics.

One tenant who spoke to the Examiner but didn’t want their name used because they’re still renting from their landlord said their lease includes a clause stating that a move to month to month will result in a rent increase of “up to 90%.”

“It’s my intention anyway next year to go month-to-month, and I’ll probably have to deal with it then,” they said.

“What it looks like to me is like, they’re trying to figure out a way to really dis-incentivize people from going month-to-month, which I don’t think is legal, but again the onus kind of falls on the tenant to take them to the tenancy board and then take them through appeals.”

In Dartmouth, another tenant, Carrie Low, is fighting a similar increase, but she said her lease doesn’t even include a clause.

In May, she received a letter signed by Arab stating that her rent would increase as of her anniversary date, Oct. 1, by the 2% allowed under the temporary cap.

“For month to month option; rent will increase an additional $500,” the letter said (emphasis in original).

Low notified the landlord in June that she wished to exercise her right to switch to a month to month lease at the allowable rent increase of 2%.

“The landlord has informed me that he is not open to having a month to month lease,” property manager Donna Laffin replied.

“As you know, Covid has affected not only tenants but landlords and when tenants leave during December, January, February or March finding new tenants can be very difficult.”

Laffin instead suggested that Low move to a fixed term lease, from October to April.

Low reminded Laffin that she has the right under the Act to move to a month-to-month lease, and said she’d have to file with the Residential Tenancies Program if the landlord wouldn’t agree to it.

“We have spoken with the landlord today, he does not want to proceed with month to month lease as it is too difficult to fill a unit within a month especially during the winter months,” Laffin replied.

(Halifax Regional Municipality has a rental vacancy rate of 1.9%. That’s up slightly from the year before, but it’s almost never been easier for a landlord to find a tenant.)

Laffin continued: “If you were to leave, you do have the option to find someone to take over your lease. And again, he is open to doing a term lease.

“We will proceed with a tenancy hearing so we can reach an agreement that will be beneficial to both of us.”

Low has the form filled out and plans to file for a hearing this week.

The Examiner left a message for Arab. We’ll update this article when we receive a reply.

In Frame’s case, there’s a small claims hearing scheduled for Sept. 28, with written submissions due a few weeks before.

“I have moved out, but I’m still kind of pursuing this because I feel, a little bit, it’s my responsibility,” Frame said.

Frame, who’s articling later this year with the Federal Court in Ottawa, will represent herself in the hearing, with some assistance from Culligan and Dalhousie Legal Aid.

Culligan hopes a ruling from the court will set a precedent, but until there are changes made to the Residential Tenancies Act or its regulations to explicitly prohibit the practice, he doesn’t think landlords will stop.

“It could very well be that Sarah wins this case and the decision is that the way that her lease was set up, and the notice of rent increase she got was unlawful, but there will be no further ramifications from that,” he said.

“It’s unlikely that they’ll order Templeton to change their practices, or that they’ll make some sort of declaration that the legislation should be changed or that the practice in general is not lawful.”