You are here: Home / Featured / Gone like the wind 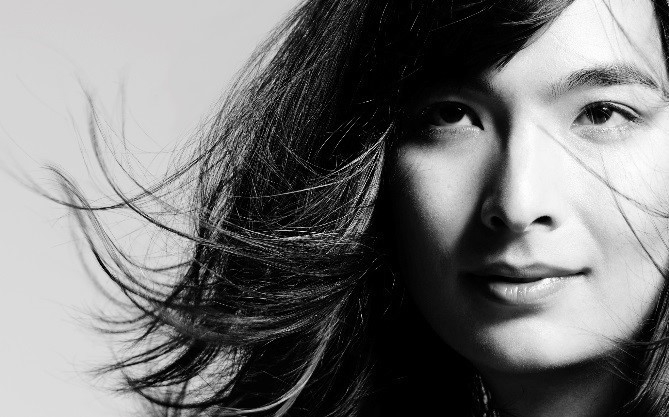 “Creating a system that can store large amounts of renewable energy will have a positive impact all over the world.”

That’s what then-Energy Minister Andrew Younger gushed in July 2014, as he stood outside the former Bowater Mersey paper mill in Brooklyn to announce the defunct plant would be where LightSail Energy would test its ambitious, 21st century technology to store power from the wind.

But now, that demonstration project for the promising technology has been delayed. It’s uncertain if or when the province will see any return on its $2 million equity stake in LightSail Energy.

The public money came in 2012 from Innovacorp, the province’s venture capital fund, which invests in high risk/high potential early stage companies. The mothballed paper mill was to be re-purposed as a demonstration site for renewable energy projects. The first was supposed to test LightSail’s hardware and software technologies using energy from a nearby Liverpool wind farm built by Watts Wind Energy.

Danielle Fong and her parents were at the announcement. The 29-year-old whiz is one of three co-founders of LightSail, the 2009 startup based in Berkeley, California where she has lived for nearly 10 years. The scientist grew up in Dartmouth (her parents Greg and Trudy operated The Garden View restaurant for many years) before leaving school at 13 to attend Dalhousie University, followed by a stint at Princeton University studying nuclear physics.

Fong is the Chief Technical Officer of LightSail which has developed a technology that has delivered impressive results in the laboratory to capture, store, and release energy from the wind and the sun.

“Energy storage is an enormous global problem and the solution they were bringing to the table was what excited us,” says Innovacorp CEO Stephen Duff, explaining the province invested $2 million in a company based in California.

Duff says it’s “rare” for Innovacorp to invest in a business not headquartered here unless there is “a meaningful activity in Nova Scotia tied to the company.” Occasionally, it has invested in a company in another province when the research was being carried out at a Nova Scotia university. In this case, Duff says the “meaningful activity” was the opportunity to be the first to demonstrate an experimental technology under real-world conditions that might attract other green demonstration projects to the moribund Bowater Mersey facility.

LightSail uses compressed air to transform renewable energy into heat (similar to what happens when you pump up a bicycle tire), and then reverses that process to release energy to turn turbines to produce electricity when the wind isn’t blowing.

To make CAES [compressed air energy storage] more efficient, Crane explained, the LightSail system captures and stores both the mechanical energy and the thermal energy used in compressing air. To do this, a water mist is infused into the compression chamber as the air is compressed. When the captured, pressurized air is released back through the system, the heated water is re-infused into it. That heated air can return more of the energy stored by the system than can other CAES processes, according to the CEO.

If Fong, Crane, and company can reduce the cost of energy storage by reducing or recycling the waste heat, the global market could be worth billions of dollars. This might explain why LightSail has attracted $70 million from heavyweight investors such as Total Energy of France, Bill Gates, and PayPal founder Peter Thiel.

“LightSail has the potential to be the cheapest technology if things turn out as we expect,” venture capitalist Vinod Khosla told Forbes magazine five years ago. At that stage, Silicon Valley’s Khosla had invested $15 million in the company.

But outside the controlled conditions of a laboratory, things haven’t turned out quite as expected. In an interview published in the Wall Street Journal last year, Fong said the company’s much-hyped energy storage technology is still in development. She told the newspaper the company’s biggest challenge is raising more money (apparently having burned through $70 million) to solve issues holding back a commercial scale launch.

With a mere $2 million stake, Innovacorp is apparently too small an investor to get a seat at the LightSail boardroom, but its venture capital fund does receive regular annual reports.

“We did identify both business and technical risk and I would say as their plan has evolved, the technical risks have manifested themselves, which have resulted in the need for more investment to work those through, and a longer runway in terms of timeline,” said Duff when questioned about his knowledge for the delay.

Uh-oh. That means that so far, there is no actual project to field-test at the demonstration site in Brooklyn. Not far away stand a pair of 10-storey high Enercon wind turbines erected by Unify Energy, the joint venture between LightSail Canada and Watts Wind Energy. Unify was created and financed to carry out a demonstration project, predicted to employ 10 people.

“The wind turbines in Liverpool have not been commissioned yet,” emailed Stan Mason, the president of Unify Energy as well as the co-founder and chair of Watts Wind Energy, “LightSail has put the development work of their storage system on hold. There is no projected timeline for the delivery of the storage system.”

Mason says he is currently chasing other renewable projects which might make use of those turbines as well as the Brooklyn demonstration site re-branded as ReNova Scotia BioEnergy. Meanwhile, he’s busy chairing the board of OneWind Services, another company that builds, operates, and maintains wind farms, including the maintenance work at South Canoe, the biggest in the Province.

Asked directly about about the future of LightSail’s energy storage system, Mason says he isn’t optimistic about the project.

That’s not the story Danielle Fong is telling the world. In her interview with the Wall Street Journal, Fong borrows an analogy from her partner and mentor Vinod Khosla to describe LightSail’s revamped business strategy based on two streams of intellectual property. 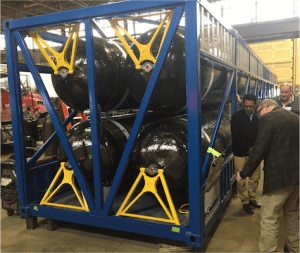 “Climbing Mount Everest” is how she describes solving the problems to scale up and commercialize the energy storage business. Fong says one way to get to the top is to “establish a base camp” to produce revenue needed to complete the development of energy storage and to gain expertise for the final ascent.

LightSail’s “base camp” business is a recent and related line of lightweight, composite storage tanks manufactured in California to transport compressed natural gas, hydrogen, nitrogen, and other industrial gases by truck. No details about the tanks are available on the company’s website or in the Wall Street Journal article.

Here’s what Fong emailed The Examiner when we pushed for more detail about this second business, on which the first — and Innovacorp’s $2 million bet — now rides:

Right now, the tanks are manufactured in our facility in Berkeley, California, which is a pilot manufacturing line for composite pressure vessels certified by the American Society of Mechanical Engineers. The tanks are each 25 feet long and are combined into 53-foot-long ISO certified shipping containers which are mounted on truck trailers. The tanks are so lightweight that the same truck can deliver more compressed gas in fewer trips. We haven’t made an official public announcement or launch of our product yet; that will come next month, along with delivery to our first customers.

Observers might be forgiven for wondering if the shift is a move to stay afloat after exhausting millions in venture capital or a calculated “means to an end” to work out the bugs delaying a disruptive, high stakes technology.

Last year, Energy industry analyst Eric Wesoff called Fong’s involvement with LightSail an example of the “failure of the founder narrative.” This came after the company had laid off a third of its workforce “on the non-tank side of the firm” (i.e., those laid off were working on stored energy systems like the one proposed in Brooklyn).

But Duff, at Innovacorp, notes the nature of venture capital investment is a 50 per cent failure rate, with profit usually arising from just a handful of success stories among a portfolio of 40+ companies. LightSail could be either a winner or a loser, and Innovacorp believes it’s too early to count it out while undergoing a significant reboot.

“This is a delay — not a mothballing or a failure or a write down,” says Duff. “LightSail is doing the storage tanks first because the second venture has more technical risk and is more capital-intensive. I’m confident there will be activity related to energy storage by the joint venture [Unify]. It could play out any number of ways as these businesses evolve and understand their challenges and opportunities. Beyond that, it is very difficult to say.”