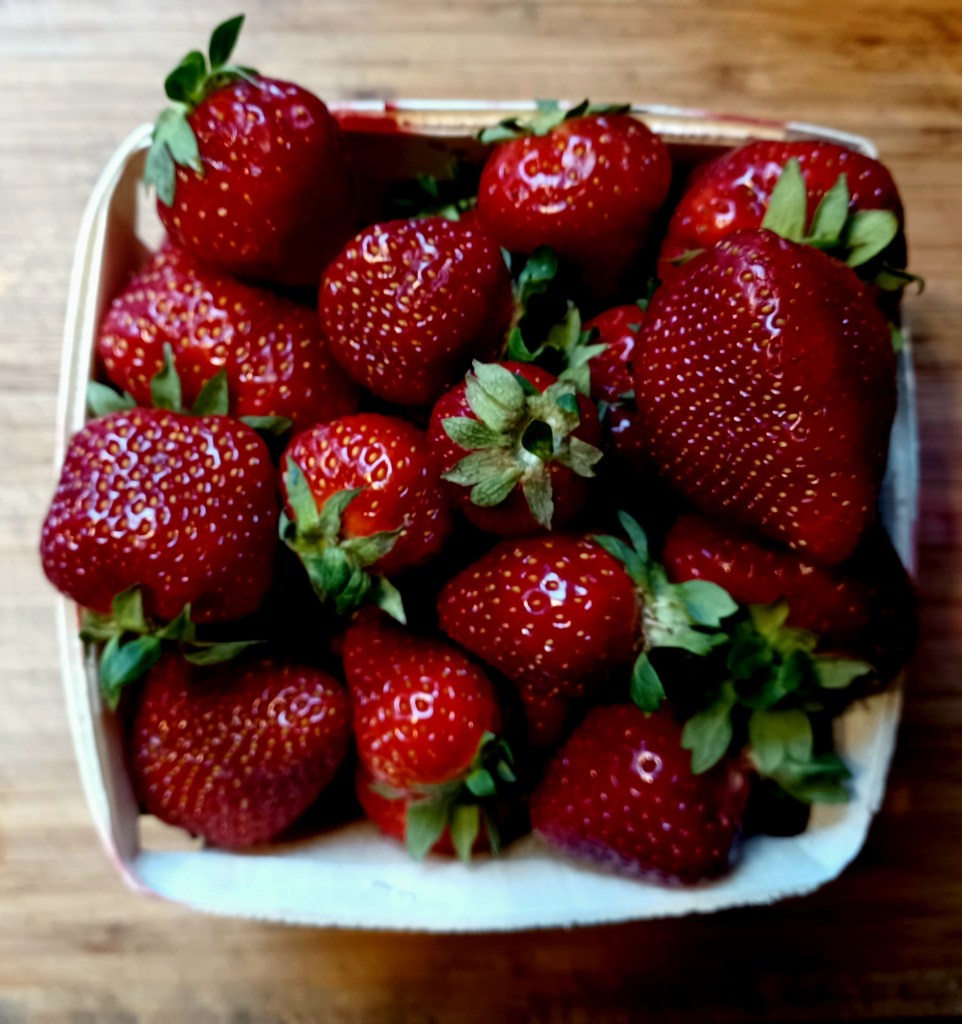 Demand is high for Nova Scotia strawberries this season, even though the retail price is high. Photo: Jennifer Henderson

Discussions about rising fuel costs were a highlight during a panel discussion hosted by the Truro and Colchester Chamber of Commerce on Thursday. Participants agreed rapidly rising fuel costs are tough on farmers, manufacturers, truckers, and retailers. But an even bigger worry is the labour shortage, which is slowing down the production of local food and goods, as well as stifling future growth in agriculture, trucking, and manufacturing.

“Everyone is scrambling to fill orders,” said Michel Raymond, executive director for the Canadian Manufacturers and Exporters, Nova Scotia division. “Fuel costs aren’t driving that. Most companies can’t keep up with demand because they can’t find the people to work.”

Still, Raymond refocused on fuel: “We know the fuel issue is going to continue and that will impact revenues and make it hard to reinvest. The elephant in the room right now is the extra cost in terms of Nova Scotia Power buying fuel. There are fuel adjustment mechanisms and that is something that could have a dramatic impact not just on businesses but on all Nova Scotians.”

Carolyn Van Den Heuvel, executive-director of the Nova Scotia Federation of Agriculture, said the rising costs of inputs, including tractor fuel, fertilizer, and plastic packaging, are increasing at a level that can’t be predicted.

“We have heard from farmers saying they have delayed land clearing or bringing new land into production because of the fuel costs and labour shortages,” Van Den Heuvel said. “In a recent survey, we estimated that the labour gap we have in agriculture is equivalent to $28 million in lost sales to the Nova Scotia economy.”

Laurie Jennings is the owner of the Masstown Market near Exit 12 on Highway 104. Travellers, skiers, and cottagers often stop at Masstown Market to buy fruit and vegetables, baked goods, ice cream, plants, gifts, and wine. Jennings says despite higher gasoline prices, people are still driving their vehicles and “looking for a treat,” so sales at the Masstown Market aren’t hurting.

“It’s been two weeks since the local strawberries have started and, of course, the price is up because of the input costs,” Jennings said. “I talked to Curtis Millen, a major berry producer in Great Village, and his additional costs for diesel fuel, fertilizer, and pesticide are just phenomenal. The retail price is higher — $6.99 for a quart of strawberries — and the demand is quite high, too. Most days we sell out. But remember this time last year, in early June, we weren’t supposed to leave our municipalities because we were locked down. So, as a retailer, we have that sigh of relief compared to what we have been through the past two years.”

Jean-Paul Picard, executive-director of the Atlantic Provinces Trucking Association, said the trucking industry has “never been so busy.”

“Business is good and yet 10% of the fleet is parked because they can’t find drivers. If you order a truck, you are waiting two years for it to arrive.”

The biggest issue for trucking companies isn’t rising fuel costs. For decades, those costs have been taken care of by a fuel surcharge added to the invoice when the goods get delivered to a retailer. The surcharge often gets passed on to the consumer through higher sticker prices for food and other goods.

“Our challenge with the fuel prices is managing the cash flow,” said Picard, who has headed the truckers association for more than a dozen years. “For a small company, you fuel up your trucks, that probably costs $2,000 now. Then you deliver that load to Montreal or wherever and you won’t get paid for that delivery for 30 to 45 days. So, if you can’t carry that cost on your line of credit, it could be very, very hard to stay afloat. A few companies have had to ask the banks for extended lines of credit or to delay their payment on equipment.”

“We know Nova Scotians are struggling with food costs and having to make decisions about car payments, rent, and food,” said Van Den Heuvel. “I have spoken to some farmers who sell directly at farmers’ markets who tell me their sales are down compared to last year.”

Patrick McAllister, a commodities analyst with RBC Dominion Securities, told the online virtual panel discussion the main reason we are paying record high prices for any product dependent on oil is because after two years of pandemic restrictions “demand came roaring back faster than suppliers could meet.” McAllister said in April 2020, at the beginning of the pandemic, the price of a barrel of oil was actually trading below zero or “in negative territory.”

Global supply dropped by 10 million barrels a day in 2020 compared to a drop of two million barrels a day during the 2008-09 recession, said McAllister. In April 2022, two years after lockdowns began, the price of oil skyrocketed to $115 a barrel. So, supply was already tight before Russia invaded Ukraine and made the global situation worse.

Most economic forecasts predict oil prices will remain high for months, with possible short-term easing this summer once maintenance is completed on US refineries, if they don’t get whomped during hurricane season. McAllister suggests over the next two years, refineries are likely to struggle to meet demand as manufacturing and air travel reflect pent-up consumer demand. He predicts “for the balance of 2022, a recession is not a foregone conclusion. But the risk is higher today than it was at the beginning of 2022.”

McAllister said a short-lived recession would not necessarily be a bad thing to cool an overheated economy.

Jennings of the Masstown Market pointed to another potential silver lining: if fuel and transportation costs stay high for the next six months, food produced in Nova Scotia should be cheaper to buy than lettuce and carrots trucked from California. Maybe, as long as farmers can afford to produce it. And as long as people can actually find local food stocked on the shelves of stores and markets and don’t have to drive too far to buy it.