You are here: Home / Featured / Franklin Holtforster, the manager of the disastrous Bluenose II restoration, calls himself a Rapacious Capitalist Bastard 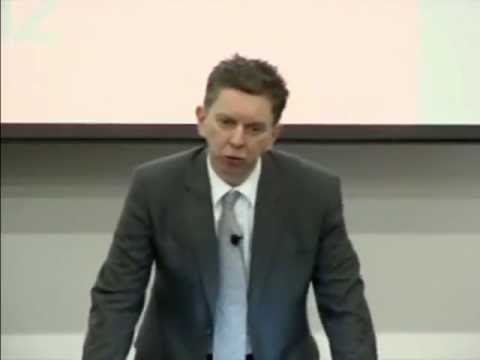 Franklin Holtforster, President and CEO of the firm managing the Bluenose II project

“You know how construction projects always go to hell and are over budget and always late? Ours don’t,” Franklin Holtforster told the Ottawa Business Journal in a puff piece on Holtoforster’s company, MHPM Project Managers Inc.

MHPM is of course the firm “managing” the disastrous (re?)construction of the Bluenose II. Explains writer Rob Gordon in today’s Globe & Mail:

The $14-million project would be managed by MHPM, an Ontario-based management company. Nova Scotia ship-building prowess would be tamed by a company that oversaw projects forHome Depot and Canadian Tire. The three seasoned Lunenburg shipbuilding companies that joined forces to tackle the heritage project would answer to MHPM.

The Bluenose build is now three years late and the costs have risen to nearly $20-million – and they may go much higher yet. MHPM is still the project manager; its fees have risen from $300,000 to $1.4-million.

The longer this story goes on, the worst it gets. “Boondoggle” is putting it lightly.

Reader Pamela Cameron passes along this video, of Holtforster addressing the Canadian Public Relations Society at its Take the Leap 2012 conference in Ottawa. Holtforster is one odious character, a characterization he seems to cherish; the choice comment comes at the 4:40 mark: “I jokingly tell young people who ask about opportunities in the private sector and what it’s like to run a business and have hundreds of employees—I say, ‘Well I would like to add RCB to the end of my card so that people wouldn’t confuse me with others.’ And they ask, ‘What does that stand for?’ ‘Rapacious Capitalist Bastard.’ That way they’ll get over trying to figure out what I’m like.”