The provincial and federal governments are spending millions to try to preserve co-operative and nonprofit housing units in Nova Scotia.

The governments announced $13 million in forgivable loans, split 50-50, during a news conference on Monday.

“Close to” $5 million is being spent to merge two small co-operatives — Gimme Shelter, with 12 units in Sydney, and New Armdale Westside, with 26 units in Spryfield — with a larger one, Compass Nova Scotia Co-operative Housing Ltd.

Halifax Examiner readers will be familiar with New Armdale Westside, which sold off half its portfolio to the private sector for a song in 2020, with approval from the provincial government. 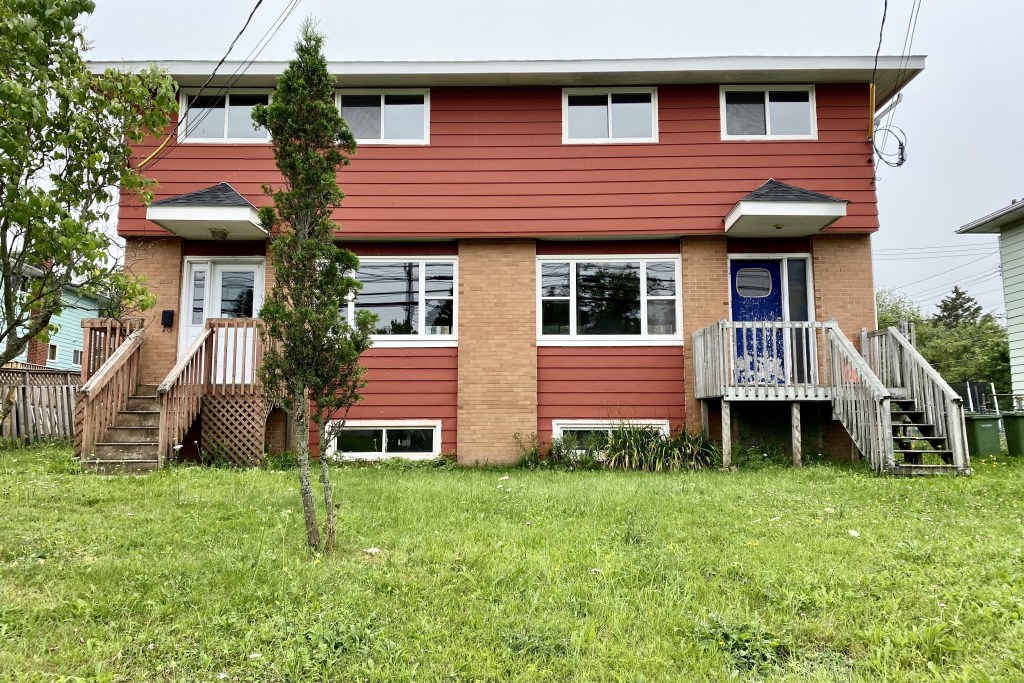 One of New Armdale Westside Housing Co-operative’s former properties on Herring Cove Road. They’ve since been renovated and one of them sold. — Photo: Zane Woodford

Monday’s announcement is meant to ensure that doesn’t happen again.

Compass is sort of a co-operative for co-operatives, and a member of the Co-operative Housing Federation of Canada. It now has 111 units across the province.

“We were at risk of losing them, basically,” Nikki Jamieson, a resident and board member with Compass, told reporters.

“By them joining this they have an opportunity to re enter a larger co-op that’s been proven to be successful.”

Jamieson said the co-op she’s a part of merged with Compass in 2019.

“I’ve been through this process and we were able to save those units. And as we know, maintaining and sustaining is just as important as investing in new.”

Tim Ross, executive director of the Co-operative Housing Federation of Canada, noted Compass is also building new, including a 57-unit building on Maitland Street in Halifax.

The remainder of the funding is allocated as follows:

Another $2,558,600 is going to the Dartmouth Non-Profit Housing Society for what Dartmouth-Cole Harbour MP Darren Fisher called “substantial capital repairs” to 57 units.

“That means 57 families will have a better, safer place to live,” Fisher said.

Lohr said the loans are forgivable over a 10-year period. That means if a co-op were to go private before the end of the term or sell, part of the loan would come due. After the 10 years, a co-op could theoretically sell.