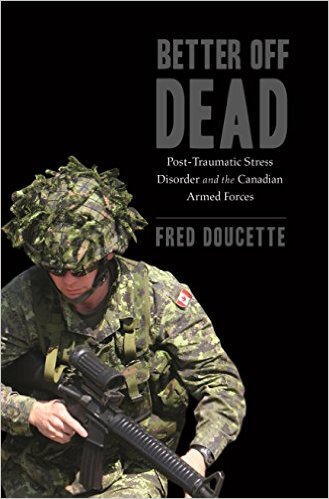 This week we speak with Canadian Armed Forces veteran Fred Doucette who, after serving numerous peacekeeping tours in Cyprus and Bosnia, returned home to New Brunswick and was diagnosed with severe post-traumatic stress disorder. In the years since, Fred has become a tireless and articulate advocate for his fellow military personnel who are coming home with a disease too few senior brass are willing to recognize.

Also, tired of being bullied by the McNeil government, Nova Scotia teachers punched back, soundly rejecting an offer even their union leaders recommended they accept.

And another Nova Scotia Business Inc.-financed venture, Intelivote, is bleeding red ink. Unfortunately, they’re also the company awarded the contract to handle electronic voting in the upcoming municipal by-election and the 2016 general election. City staffers are looking at a plan to instead have all votes submitted via Snapchat instead. Or maybe Tinder.