You are here: Home / Featured / Ethicists: province should put “opt out” organ donation plan on hold

A renowned Dalhousie University bioethicist says the lack of “robust” public education and input into the Human Organ and Tissue Donation Act taking effect in January is “deeply concerning” and she’s calling on the province to put it on hold.

“I support the overarching goal. I support the ends. I just question the means. In a democracy, in the context of making this kind of dramatic policy shift, you should’ve had an open public discussion/debate,” Françoise Baylis, professor and bioethicist, said in an interview. 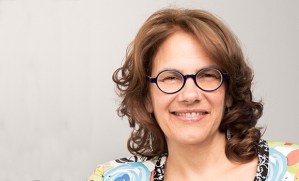 In April of 2019, the province passed legislation to increase organ and tissue donation in Nova Scotia. Under the new Human Organ and Tissue Donation Act, Nova Scotians will have to opt out of being a donor rather than opt in.

Anyone who doesn’t expressly opt out will be a presumed potential donor. In an April 12, 2019 media release, the province noted the legislation is the first of its kind in North America.

“Have you seen any other province rushing to do this? ‘Oh, look at what Nova Scotia has done? They’re ahead of the curve. Let’s catch up with them.’ No. Not a single province has moved in this direction,” Baylis said.

“I think that one of the reasons is they might in fact anticipate huge pushback against that kind of initiative, and I think that pushback would only be greater now given all of the other concerns people have about health care.”

Effective Jan. 18, those who don’t indicate on their provincial health card their choice to donate/not donate their tissues and organs will “be seen as agreeing to be a donor.” This “deemed consent” doesn’t apply to anyone under 19, people without decision-making capacity, and those who’ve lived in the province for less than 12 months.

Baylis said increasing the number of organs available for transplantation to offer more people lifesaving treatment is a “laudable goal” and one she strongly supports. But she believes this legislation isn’t the best way to go about it.

Last year, Baylis created a short video (above) about organ donation and what she believes is a better way to increase the number of donated organs while preserving the autonomy of individuals.

One of her concerns is that family members of potential donors will still be given the power to override the wishes of the deceased.

“It would’ve been better, in my opinion, to stick with proper consent, not presumed consent, and to change the feature of family override. Why? Because that system would actually respect the autonomy of individuals,” she said.

“If you believe that competent individuals have the right to control their body, you should ask them what they want done and then you should not allow people to override their wishes.”

The province said in June that it was embarking on a public awareness campaign starting in July. The initiative was aimed at making Nova Scotians aware of the upcoming changes, the choices they can make, and how to opt out if they choose.

Baylis said with two months left before the legislation comes into effect, she’s not yet seen evidence of the robust public education she believes is required.

“We’re making a massive shift. We are going to change the way in which we collect organs. We’re going to assume that you want to be an organ donor. That’s a massive assumption,” she said.

“And you say that I’ll have the right to opt out, but if you don’t tell me that you’ve made this assumption, I won’t even know I need to opt out if I wanted to. And if I wanted to, I wouldn’t know how to.”

Other parts of the world that have chosen this path have documented increases in organ donation rates. But Baylis cautions in many countries it’s correlation, not causation.

“The change to go to presumed consent has been accompanied by a number of additional other measures, so we don’t know which piece of all of those additional measures have made for the increase in donated organs,” she said.

“And in many of those cases they have, in fact, had a huge public education campaign partly to inform people but partly also to get them onboard with the goal or objective.”

Baylis believes if the question about donation was a required response to get your health card renewed, more people would opt in. By combining required response with public education and not allowing for family override where people have explicitly opted in, she said you’d increase the number of donated organs.

“You would have to show me why your system, which includes the harm of disrespecting autonomous individuals, is better than the system I’m proposing, which I argue holds onto respect for autonomy and achieves the goal of increasing the number of organs,” she said.

“I want to support the goal of increasing the number of organs. I just don’t want to do this at the cost to individual people being able to make informed decisions.”

Baylis wants the legislation put on hold and believes there should be more public discussion.

“If nobody says anything and pushes back, this is just going to come into play in a couple of months. Where everyone is focused on trying to survive in a pandemic, this is not top of mind,” Baylis said.

“I don’t understand why they don’t say ‘Look, given that we have this huge public health crisis we need to put this on hold.’ And then we need to actually go back, I would argue, to square one and have an open public discussion.”

‘We are going immediately to the nuclear option’

Marika Warren, an assistant professor in the Department of Bioethics at Dalhousie University, has also expressed concerns about the upcoming legislation. She pointed out some of the new act’s “ethically challenging aspects” in an Impact Ethics piece published last year titled ‘At What Cost Presumed Consent for Organ Donation?’ 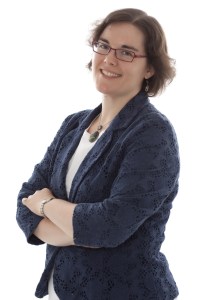 “I’m trying to really drive home for folks if there’s another way to get similar benefits that doesn’t restrict individual liberty in the same way then our obligation is to go that route,” Warren said in an interview.

Warren also said it’s not clear from existing evidence in other jurisdictions that it’s necessary to go to presumed consent to get the benefits. Where there has been success, she said it’s hard to pick out the role of presumed consent from measures implemented to address family vetoes or general cultural shifts around organ donation.

“It’s complex, but we are going immediately to the nuclear option without it being clear that that is necessary,” she said.

Warren believes there are “good grounds” to hit pause on implementing the legislation for now. In the midst of a pandemic, she believes we should respond by waiting until a more thorough public awareness campaign is developed “and can really take hold” with Nova Scotians.

Warren said she’s not yet seen any information piece from the province, despite the issue being “very much” on her radar. She believes the energy required of the health care system for its COVID-19 response doesn’t allow for any “bandwidth” in the system to develop the level of public awareness that’s required.

“I also really have concerns about the ability of most of us to take in any more health messaging given our other endless anxiety, especially right at the moment with COVID cases starting to increase again for us,” Warren said.

“In order to do this as well as we can that public education piece is so key, and the resource and the appetite for it doesn’t seem to be there. My concern is the legislation coming into effect without people really being strongly aware that something fairly fundamental has shifted in the domain of organ donation decision-making.”

In an emailed statement, a spokesperson with the Department of Health and Wellness said when the Human Organ and Tissue Donation Act was proclaimed In early July, they did indeed launch an awareness campaign.

“We also send information on the change directly to Nova Scotians along with health card renewal notices, and our work continues with stakeholder groups and government partners to help communicate with hard to reach communities and those with specific needs and concerns.”

Like Baylis, Warren is concerned the new legislation allows family veto powers. She said if someone explicitly signs up for organ and tissue donation rather than it being presumed consent, they’ve made their wishes clear and the family overriding their choice has less legitimacy.

“Coming from the ethics as opposed to the clinical side, as far as I understand it, that’s a really significant barrier to increasing organ donation rates and the legislation doesn’t do anything to address that and in fact possibly weakens our ability to resist family veto,” Warren said.

The Department of Health and Wellness said there’s a six-month delay between proclamation and when the bill becomes law, which gives Nova Scotians time to learn more about the legislation and what it means for them, and to record a decision if they choose.

“We’re monitoring our social media activity channels, stakeholder communication and website visits closely to ensure Nova Scotians have the information they need to make a decision,” MacLeod said in her email.

“We’ll have another opportunity for public announcement in January when the law comes into force.”

Nova Scotians can learn more about the changes, how to register a decision and opt out if they choose to online or calling MSI at 1-800-563-8880.

“I think that if it isn’t (on people’s radar) it’s one of those things. That’s fine, let’s just put a pause on it, it’s OK,” Warren said. “No one has called me to ask if it’s OK to put a pause in it, but it strikes me as being from the place that we’re at the most appropriate response.”