You are here: Home / Commentary / End this unpleasant mixture of austerity and divisiveness: David Wheeler 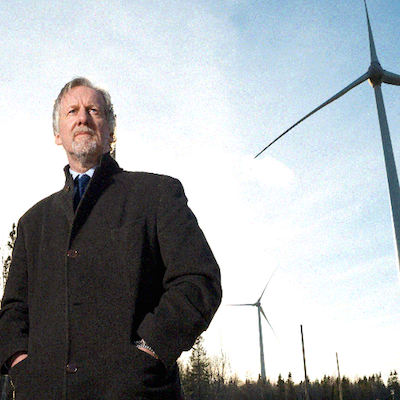 This morning, it was announced that I will be standing for the NDP at the forthcoming provincial election. I am standing in the riding of Halifax Armdale close by where I lived when I was Dean of Management at Dalhousie University. Armdale is a beautiful and culturally diverse riding which — like the rest of the province — will have a much brighter future when we eliminate the economically and socially destructive policies that have prevailed these last few years.

Newly liberated from full time academic leadership, but still an active academic who believes in the importance of evidence, I believe we are in desperate need of change. The evidence shows that our province is not working. And so the time has come for me to add my voice to the growing chorus for a different approach from youth, from hard working families, social and environmental groups, labour unions, and the business community.

Our Economy is Ailing from Lack of Attention

Although flawed in many respects and completely divorced from any practical change agenda, the ONE Nova Scotia report was at least a well publicized clarion call for concerted and urgent action in support of a more sustainable economy and society. But in the three years since its release there has been no serious political leadership, still less the emergence of a political consensus linked to the exhortation “Now or Never.” According to a recent CRA poll half of all Nova Scotians are unfamiliar with the prescriptions of the report; and those who felt there had been no progress since publication outnumbered those who perceived progress by more than two to one.

Meanwhile the ONE Nova Scotia “dashboard” web site makes for very depressing reading. With some notable exceptions such as seafood exports and immigration — phenomena which are dependent on decision-making in China and Ottawa rather than along Hollis Street — most metrics are either not on track or have not yet even been established.

At the heart of any economy is the health of its small businesses — businesses that sell into the domestic economy (thereby creating jobs and displacing imports) and those that contribute to exports. And yet three years on we do not even have an agreed metric for “new business start-ups,” let alone a government target, and the number of firms involved in export trade actually decreased between 2014 and 2015.

Clearly many things are outside the scope of provincial governments to influence and there is much that was quixotic and contradictory in the ONE NS report. But to not have a government developing strategies, metrics, and achievable targets on core aspects of our economy seems to me to be laissez faire economics taken to the extreme.

There is no question that three years of an overly-simplistic, 1980s-style focus on “balancing the books” in the province has failed, with a flatlining economy and stagnating wages. Canadian average weekly earnings are now 13 per cent higher than Nova Scotia. Recently released figures from the Department of Finance show that between November 2015 and December 2016 the labour force declined by 2,700 to 488,100, with full time employment down 1.5 per cent. Job vacancies declined 5,500 to 4,000 over the last two years.

Rather ominously part time (i.e. insecure) employment is up. And most disturbing from my perspective, youth employment is down 10 per cent since February 2015. At 8.9:1, the number of unemployed chasing job vacancies is rising and remains stubbornly higher than the Canadian average of 5.7:1.

Stated simply, economically we have not just stalled; we are now sliding backwards.

Our Youth are Ignored and Many are Leaving

My direct experience has been that the absence of a meaningful employment strategy for youth, the growing scandal of student debt and rising tuition, and the consequent denial of access to post-secondary education, is contributing significantly to a growing sense of alienation for Nova Scotia families and our young people. I have heard from too many parents and post-secondary students that the signal they get from the province is that the government does not even pretend to care about their challenges and that smart kids get out as fast as they can. New Brunswick, Ontario, and now Alberta are acting to eliminate post-secondary tuition for families on low-moderate incomes.  In contrast, the government of Nova Scotia cancelled the graduate retention  rebate and now sits on its hands. Meanwhile, several of our universities are in serious financial trouble with no solutions and no discernible leadership on offer from the government.

Energy, Environment and Economic Policies Are Not Joined Up

My experience also tells me that there has been virtually no attempt to generate synergy between key energy and environmental drivers of our economy.  Unlike in BC where carbon pricing and an emphasis on clean tech is generating employment growth while protecting people on low incomes, or Alberta where significant investments are now being made in green energy and infrastructure and industries of the future, in Nova Scotia the former cross-party consensus on energy, environmental and economic policy has been crushed. First there was a disingenuous attempt to pretend that electricity prices can be held down artificially in the face of external realities; then we had a clumsy attempt to hobble one of our greatest success stories, Efficiency Nova Scotia; and finally we have witnessed a complete fumbling of the economic and social opportunities presented by Federal carbon pricing policies.

Perhaps the most damning indictment of all that we might attach to the present set of policies being pursued by our provincial government is the almost complete lack of vision and strategy. Even in tough times there is room for the development of clear strategies for consensus-based change and the articulation of messages of hope and inclusivity for disadvantaged communities and individuals that are suffering exclusion and denial of economic, social or cultural opportunity. There is an urgent need to develop a more serious approach to growing the economy through smart investments in skills and unleashing the enormous potential of our youth, our entrepreneurs, our start-ups and small business communities in tourism, agriculture, alternative energy and the creative economy sectors, in addition to more frequently discussed opportunities in “digital tech” and “ocean tech.”

Unfortunately we get very little strategic thinking in Nova Scotia today.  Instead we get an unpleasant mixture of austerity and divisiveness, as the recent appalling treatment of the teachers demonstrated all too clearly. We get tokenistic — if expensive — “March Madness” announcements, but no economic growth plans for key sectors of the economy. And we get no messages of hope that might encourage youth and families to believe in the future of our province.

For all these reasons I am proud to have been nominated as the NDP candidate to represent the riding of Halifax Armdale. Through the campaign, whenever it is called, I will be trying to articulate a better set of options for our province based on principles of economic dynamism, social inclusion, environmental responsibility and significantly enhanced investments in opportunities for youth.

David Wheeler is a former Dean of Management at Dalhousie University and President of Cape Breton University. He may be contacted at [email protected]