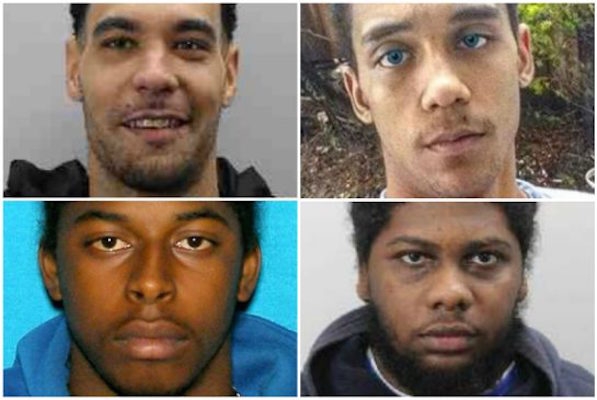 “Halifax police and the provincial government have taken the unusual step of adding the cases of four recently murdered young men to the province’s Major Unsolved Crimes Program,” reports Yvette d’Entremont for Metro:

The four homicides added to the program on Tuesday have all occurred since March 29. Homicide victims are typically added to the province’s incentive program after a more significant amount of time has passed.

Joseph Cameron, Tyler Richards, Naricho Clayton and Daverico Downey were all under 30 and died as a result of gunshots.

[Police Superintendent Jim] Perrin said while police continue to explore possible connections between the Richards homicide and the Clayton homicide, they don’t believe the Clayton and Downey homicides are connected.

CareShareHFX is expanding, rebranding as CarShare Atlantic and adding 10 new hybrid cars to its fleet. The expansion is raising issues about parking restrictions in the north end.

Also, in a flyer sent to CarShare members, the company notes that “we recently opened a station in the Student Ghetto.” I have no idea what or where the “Student Ghetto” is, or if it’s a wise move to refer to prospective customers in such a manner. 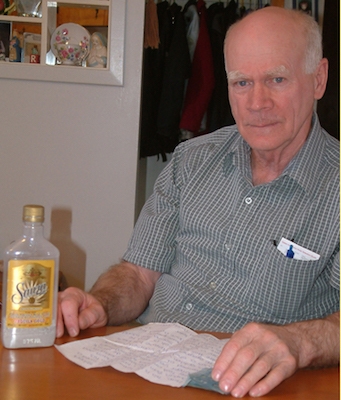 This is the best story you will read today.

“Newly retired, Norman MacDonald of West Mabou has plenty of time to walk the West Mabou Beach, but on Wednesday, April 27th, he found something that would change his life for a while,” writes Rankin MacDonald for the Inverness Oran:

He found a tequila bottle with a man’s ashes and a message with it.

“Hello, this is my father Gary Robert Dupuis, born July 1st, 1954. Gary lived a very fast and reckless life in his younger years but slowed down and dreamed of travelling the world in his golden years. His favourite drink was a shot of tequila, straight up, (no groceries). If you find him please take this money, buy yourself and Gary a drink and release him back into the ocean. My wish is that he gets his dream of seeing the world and, finally, some peace. We love you, Dad; have a great trip.

Please write on back of letter where you found him and where you released him. Thank you.”

Norman MacDonald did all the right things, and Gary Robert Dupuis is now on the next leg of his journey.

By reading Stephen Archibald, I’ve learned that Amherst is so much more than an old bank building, a swinger’s club, and that guy who says cannabis cures cancer.

Archibald points out that you can watch the demolition of the Bank of Montreal building on YouTube. I enjoy the running commentary of the videographers:

“Talk of Amherst’s rich built heritage sent me looking for some slides I took on a spring morning in 1983,” writes Archibald. “I was attending a conference in town and got up early to take some photos.”

And of course Archibald has filed away those 33-year-old photos in that Raiders of the Lost Ark warehouse of his, and can easily retrieve them: 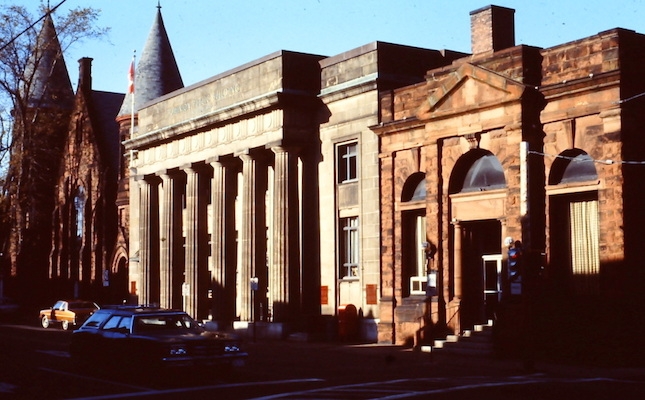 They were not great shots because the sun was bright and the shadows were dark. But they do sample a moment 33 years ago.

On the right is the old Bank of Montreal Building that was just demolished. Next to it is the Dominion Public Building of 1935. To the far left is the wonderful First Baptist Church built in 1895. I’ve noticed it  proudly open to the public in summers and it is well worth a visit. The architect for the church was Harry Mott who also designed the Lunenburg Academy we all love so much.

2. Indoctrinating the kiddies into the oil economy that will destroy their world 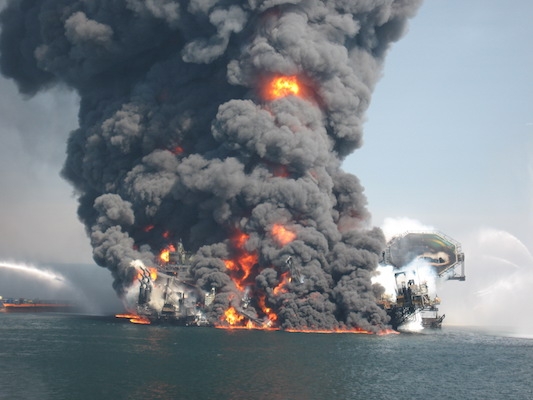 “BP Canada, the company that is searching for oil in Nova Scotia’s offshore, is paying for the Discovery Centre’s outreach program on the science behind coastal energy exploration,” writes Robert Devet:

Most people remember BP’s role in the horrific Deepwater Horizon explosion in the Gulf of Mexico. Eleven workers died, an uncapped well gushed oil into the Gulf of Mexico for three months. BP paid $42.2 billion in criminal and civil settlements, the highest criminal fines paid by anybody in history.

But would BP exert undue influence on the Discovery Centre’s developers of the program?

Absolutely not, writes Renée Fournier, Capital Campaign & Communications Director for the Centre, in an email to the Nova Scotia Advocate.

“BP is a good partner of the Discovery Centre, and we value their sponsorship investment with us as it allows us to provide important educational content to students, content that has been autonomously developed by our science educators,” writes Fournier.

Fournier was less forthcoming in answering our specific questions.

Did the notion that the funding allowed a major polluter to claim green credentials enter the discussions? Were any constraints imposed on the content of the program? Were any general conditions set by BP as part of the sponsorship arrangement? Could we see the program syllabus?

All these questions remain unanswered. 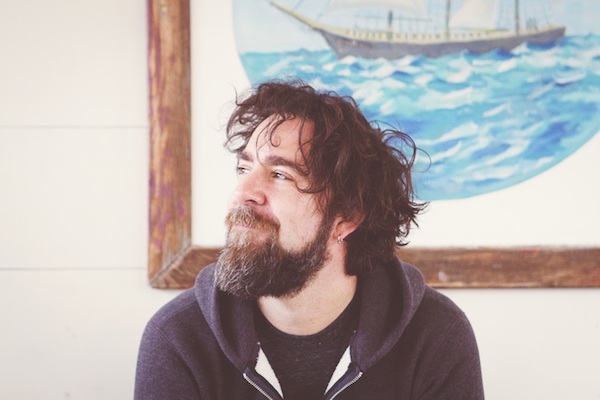 Kate Inglis really has a thing for Kev Corbett. Who can blame her?

Suppose you are Danny Chedrawe, the developer who just tore down the Doyle Block, and you have arranged a business meeting across the street, in the cafe in the new library, overlooking the now-empty lot where you plan to build your new development.

In such a situation, you might want to pepper your conversation with details about the demolition you just completed. You might tell the two businessmen that it cost $750,000 — $250,000 for the demolition itself, the remainder for asbestos removal and other hazmat costs.

You might go on to discuss prospective tenants for the new building. You might say that Telus has already committed to leasing space, you’re in discussion with BMO, and you expect to have 80 to 90 per cent of the ground floor retail leased by completion of construction, but you aren’t ready to sign leases because that would lock you into a construction schedule. You might also talk about the second floor of the project, which is planned to be commercial or office space. You might mention that you think you can rent it at $17 a square foot, $2 more than the second floor of Park Lane, but you’re configuring it such a way that should the commercial market be soft, you can make the second floor residential.

You might also talk about the development industry generally. It’s hard to ignore the giant Nova Centre going up downtown, so you might want to talk smack about the Ramias, who are developing that property. “I don’t have much faith in them,” you might say. “They’re much better developers and business people than I am because they cut corners.”

Relatedly, you might talk about how the people in the city planning department don’t have a clue about development. You might point out that the sidewalk in front of your development is the busiest pedestrian zone east of Montreal, but they didn’t even consider trying to widen the sidewalk in exchange for concessions to you. “They didn’t have any real estate or development people” in the group that met with you about your development proposal, you might say, but there was that woman who took up an hour of your time discussing what the civic address of the new building would be. “That’s what they find important,” you might say, shaking your head in disbelief. “Couldn’t she just send an email?”

You might go on to slag suburban developers. Bedford West isn’t dense enough, you might say, and the city doesn’t charge high enough development fees — the city should’ve demanded that the suburban developers provide school sites as part of the deal, and because that wasn’t there, the school board had to pay millions of dollars to acquire the sites. You might also say that given the current climate, suburban developers are coming downtown. “They don’t know what they’re doing,” you might say. They’re used to bulldozing everything, and building many hundred feet away from streets and sidewalks. It’s a completely different game downtown, you might say.

Here’s a small piece of advice: If you are Danny Chedrawe, developer of the Doyle Block, and you are thinking of having such a business meeting at the cafe in the library across the street, and having the discussion related above, you might want to make sure there’s not a reporter at the next table, dutifully following along with his laptop open, typing in your words.

Public Accounts (9am, Province House) —  Dan McDougall, deputy minister of the Department of Public Affairs, will be asked about funding for municipalities.

Stanley Kramer’s production of THE SNIPER (1952) starred Arthur Franz as a lonely man who experiences a psychotic break and begins killing women. It also stars Adophe Manjou as the detective, Richard Kiley as the psychologist. Edward Dwtryk directed. Today, the film is considered a classic in the noir thriller arena. The San Francisco locations add to the suspense of the film. Stanley Kramer was always ahead of his time in film making and subject selection. 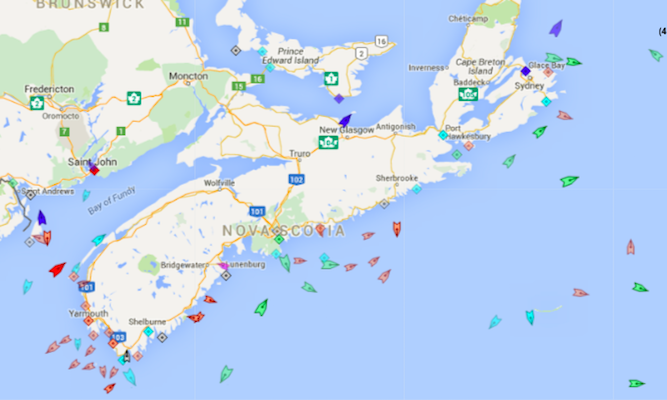