You are here: Home / Featured / Demand for housing assistance, legal aid support on the rise since renoviction ban lifted

At the same time, in order to maintain some level of security for tenants in a tough rental market, the province introduced stricter rules around when and how landlords can evict tenants to do renovations. But advocates and support workers say landlords are finding ways to get around those rules.

“We have seen an uptake in renoviction-related calls,” Culligan told the Examiner in an interview. “Although I would say that informal renovictions continued throughout the pandemic.” 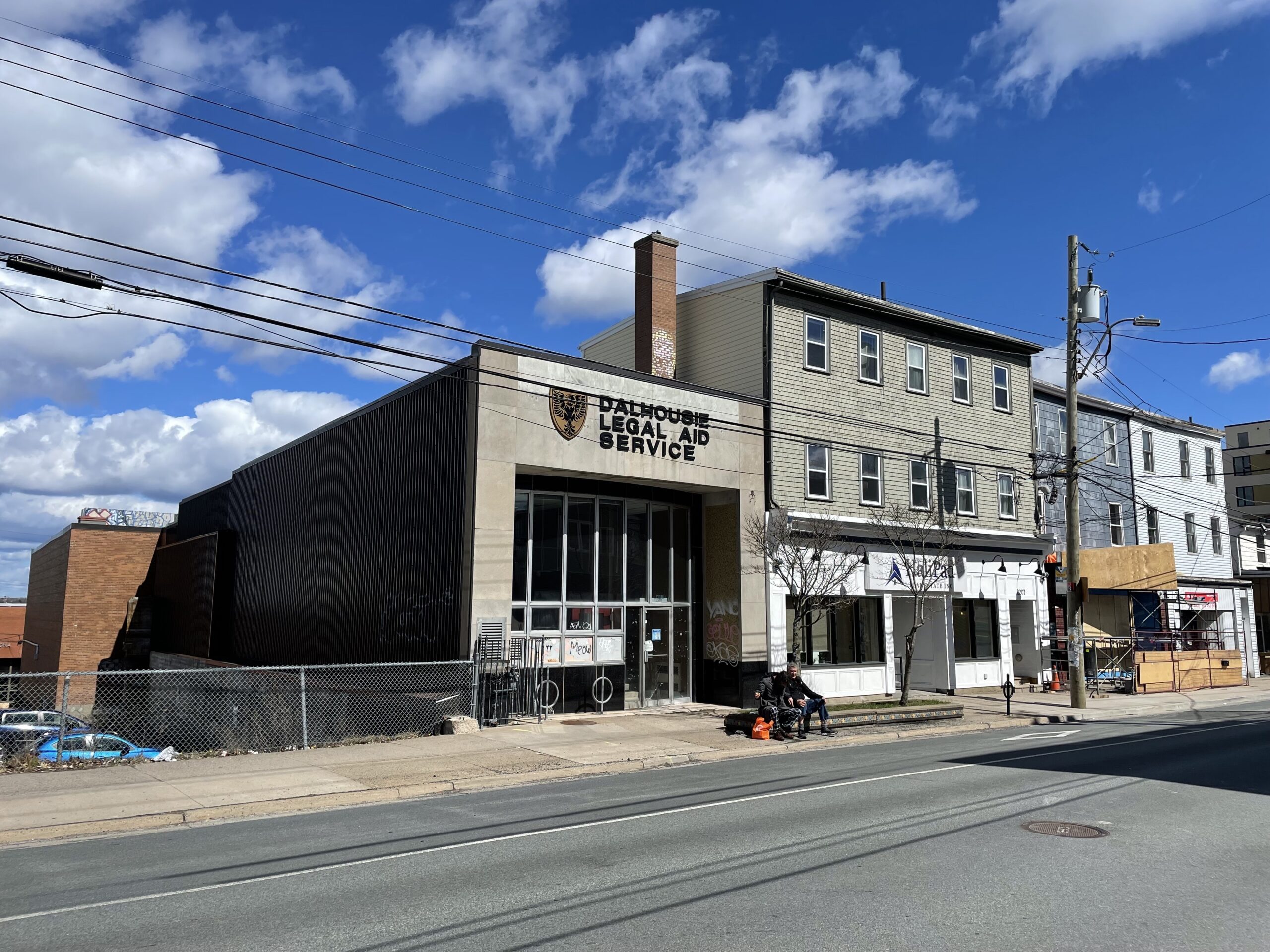 In order for a landlord to evict a tenant, Culligan said, there are processes they’re supposed to follow. Landlords are required to formally notify tenants that they plan to renovate, and both parties must agree on when the tenant will move out. If they can’t agree on a date, the landlord needs a court order from Residential Tenancies to evict the tenant.

The landlord must have just cause, Culligan said, which can include renovation. But there has to be proof that the renovations will be substantial enough to justify eviction. Then, the tenant is still entitled to three months’ notice and at least one month’s rent as compensation.

The problem, Culligan said, is that a lot of tenants don’t understand their rights. Some landlords try to avoid the formal eviction process, which can be lengthy and costly, and hope the tenant doesn’t fight them.

“There are a bunch of other ways that landlords can evict people in order to perform renovations without doing it properly. One of those ways is just to tell people that they have to leave,” Culligan said. “That happened throughout the pandemic. That stuff isn’t going to show up in the court records, because it wasn’t legal to do that. But people were doing it anyway.”

Culligan said he’s also seen landlords try to intimidate tenants into leaving by doing things like shutting off their utilities. 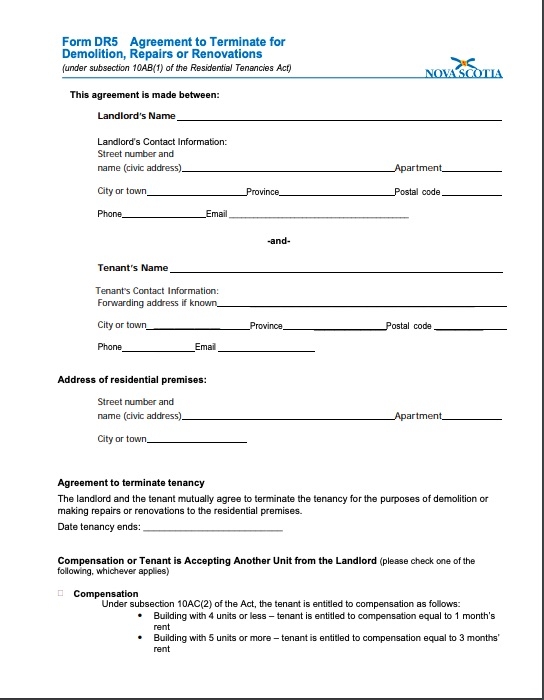 Part of a DR5 form, which landlords and tenants must sign before a tenant is evicted. From novascotia.ca

Chender spoke to the Examiner the week the province lifted the state of emergency. The day after the renoviction ban was removed, she said, tenants in two side-by-side rental complexes in her neighbourhood were told the buildings’ new owner planned to evict the residents to renovate.

Chender didn’t want to disclose the buildings’ addresses due to privacy concerns for the tenants, but CBC’s Shaina Luck reported a similar story in late March.

“Certainly, offhand verbal notice by the landlord’s agent does not constitute the proper requirements to evict a tenant for renovation, but they will very likely eventually lose their homes,” Chender said. “These are eight households paying affordable rent there and they include seniors and young children and everything in between. And it’s massively concerning, because there’s really nowhere for them to go.”

Since the Examiner first spoke with Chender, her office said the residents in those two buildings have hearing dates with Residential Tenancies in May and two tenants have found alternative housing. In the meantime, another Dartmouth building with six units has since been threatened with renoviction.

Chender said given the current rental climate, the NDP is advocating for a continuation of the renoviction ban until the vacancy rate increases. Right now, HRM’s vacancy rate sits at 1%, according to the Canadian Mortgage and Housing Corporation (CMHC).

“It’s simply inhumane, frankly, to evict people when there is no place for them to live,” Chender said.

Housing Minister John Lohr and Premier Tim Houston have acknowledged the pressing need for more housing stock in the province.

In the past two weeks, the province has made several announcements about new housing developments, but some of those announcements have been met with concern over how much will be truly affordable.

In an email to the Examiner, a spokesperson for Service Nova Scotia and Internal Services said there’d been 19 applications for renoviction hearings across the province since the renoviction ban was lifted. Five of those applications were received during the state of emergency and were put on hold until now.

Housing Hub struggling to keep up with caseload

Shelter Nova Scotia has also felt the impact of the ban being lifted.

In November 2021, it launched a new support program, the Housing Hub, for people struggling to find housing in HRM. The service runs drop-in housing clinics twice a week. Melissa Puddicombe, director of practice and development at Shelter Nova Scotia, said she’s seen an increase in clients either fearing or facing renoviction.

“We’re feeling the effects of the ban being lifted. Of course we are,” Puddicombe said. That’s what people predicted and that’s what we’re seeing. I’m surprised the numbers aren’t higher.”