You are here: Home / Black Nova Scotia / Defence minister: formal apology to No. 2 Construction Battalion to take place this summer

Image of the Number 2 Construction Battalion from The Canadian Encyclopedia.

In a virtual event on Monday, National Defence Minister Anita Anand reaffirmed the federal government’s intent to apologize to the former members of the No. 2 Construction Battalion.

Monday marked one year to the day that Harjit Sajjan, former minister of national defence, first announced the government’s intent to apologize. The official apology is expected to take place July 9 in Truro.

“Every one of these heroes deserved appreciation and recognition, but they were often ignored before, during, and long after their service,” Anand said. “Today is an important step in our efforts to address this historical wrong and to ensure that we learn from the past in order to build a more equitable and just future for the members of our Canadian Armed Forces.”

“I, as minister and our government, are wholly committed to delivering a meaningful apology to address the discrimination that these men faced before, during, and long after their service.”

“The more I learn about the Battalion, the more I feel connected to these members, their stories and their experiences. I know many of them came from right here in Nova Scotia, and yet, despite growing up in Nova Scotia myself, I did not learn of their stories until much later in my life.” 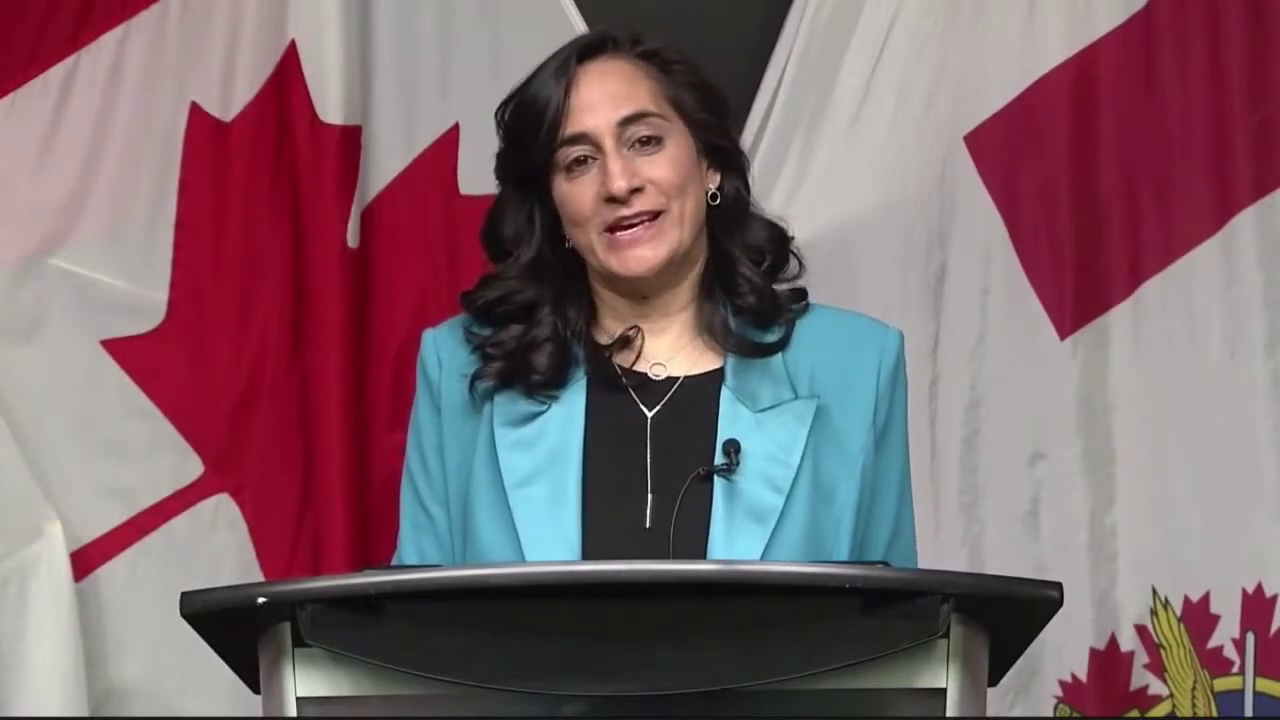 Anand was joined by several speakers, including Russell Grosse, executive director of the Black Cultural Centre for Nova Scotia, whose staff helped coordinate the event.

“Many years ago in this very space, the curiosity and determination of our dear departed friend, the late Senator Calvin Ruck came to life with the chronicling of a little-known fact of Canadian history,” said Grosse. “Supported passionately by the late Cpt. George Borden, these two men made it their life’s work to have the story of these brave men shared to a high level of awareness.”

Originally published in 1987 and authored by Calvin Ruck, the book The Black Battalion 1916-1920: Canada’s Best Kept Military Secret tells the story of the No. 2 Construction Battalion, which was formed in 1916, and is the first and only all-Black battalion in Canadian military history.

Through a combination of racism, as well as a fear that, if armed, Black soldiers might seek lethal vengeance on white soldiers, the Canadian government’s official policy banned Black citizens from serving in the armed forces.

Through lobbying efforts by Black citizens during the First World War, the No. 2 Construction Battalion was formed and enlisted Black soldiers to participate in non-combative roles overseas.

After first being authorized on July 5, 1916, the No. 2 Construction battalion moved its headquarters to Truro, a few months later in September. The following year, in March of 1917, more than 700 members of the Battalion left Halifax to assist allied forces with things like maintenance and road construction in the war effort overseas. The Battalion was disbanded in 1920.

Over the past year, Grosse said a 22-member national advisory committee was formed. Its members include descendants of the members of the Battalion, historians, “and people who are passionate about the legacy of the No. 2.” Since then, the committee has done consultations with hundreds of descendants of the members of the Battalion about what they would like to see a formal apology look like.

One of the committee members is Calvin Ruck’s son, Douglas Ruck, who also spoke at Monday’s event. Ruck spoke of the history of the Battalion and the racism its members faced.

“Every step they took towards trying to represent this country was met with racism, oppression, and disregard. They were told ‘This is not a [coloured man’s] war. This is a white man’s war.’ They were effectively being told, ‘This is not your country. You have no interest, no outcome in this war,’” Ruck said.

Ruck also talked about what he described as “the unknown” in terms of where we go after the apology and insisted that a failure to follow the apology up with meaningful action would render the apology meaningless.

“The apology is important. Let us in no way diminish that. The words that are spoken, the way they are delivered, the person who delivers them — all this is significant,” Ruck said. “But equally so, and perhaps of greater importance, is what comes after that.”

“The consultation made it very clear that if, in fact, the apology is not followed by substantive measures, then those words, despite the best of intentions, will have no meaning, and minimal impact.”

“The minister’s words are important. They must make a difference. But if things remain the same, then all of this is for naught.” 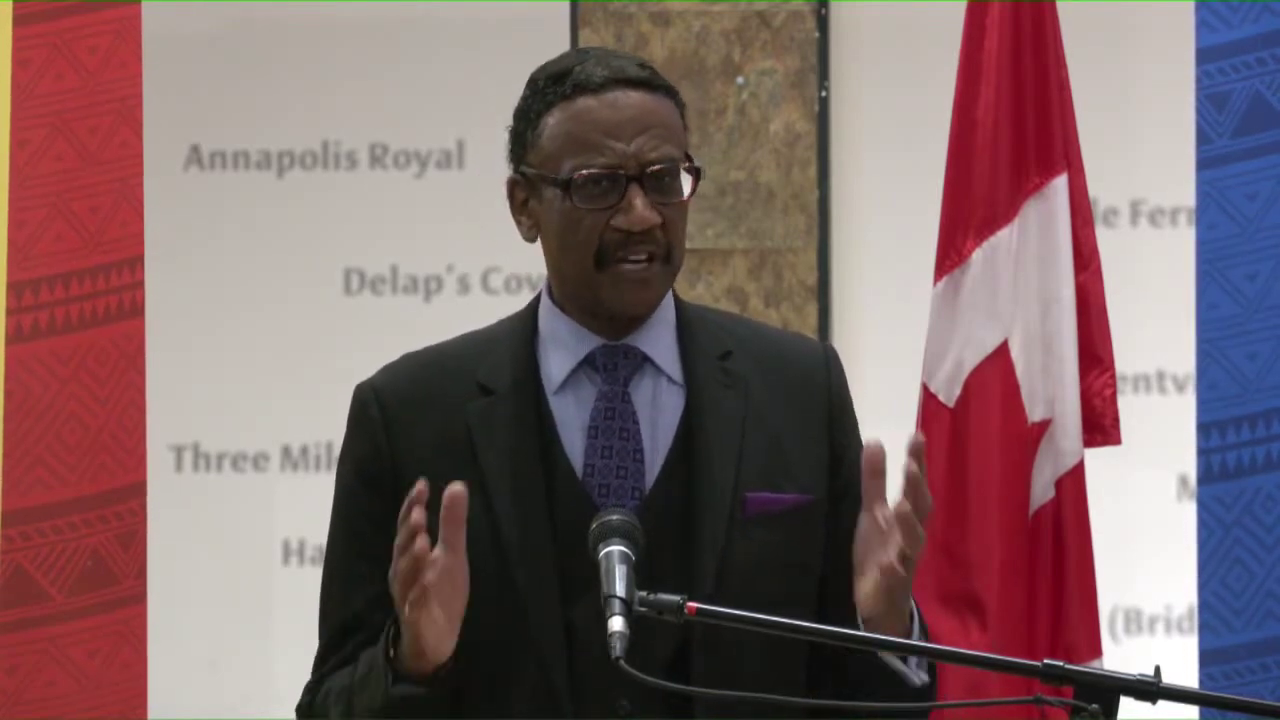 “The consultation made it very clear that if, in fact, the apology is not followed by substantive measures, then those words, despite the best of intentions, will have no meaning, and minimal impact.” – Douglas Ruck. Photo: Black Cultural Centre for Nova Scotia / YouTube.

Ruck’s thoughts were echoed by Sylvia Parris, whose father, Joseph Alexander Parris, and uncle served in the No. 2 Construction Battalion.

Rev. Cpt. William Andrew White was a member of the Battalion and served as the only Black chaplain during the war. His granddaughter, Sheila White, also shared remarks at Monday’s event.

MP Sean Fraser and MP Darrell Samson, the Parliamentary Secretary to the Minister of Veterans Affairs, also spoke at the event. Fraser’s riding of Central Nova encompasses the community of Pictou where the Battalion’s first headquarters were located. Like Anand, Fraser said he was unaware of the Battalion growing up despite its historical presence not far from where he grew up.