You are here: Home / Featured / Daily COVID-19 update: The grim math of epidemiology

Thirty-two new people have tested positive for COVID-19 in Nova Scotia, bringing the total to 342. Eleven people are currently hospitalized, and five of those are in Intensive Care Units (ICU); 77 people have fully recovered; and one person has died.

The Halifax Examiner graphs the spread of the disease and the response to it, here.

Dr. Robert Strang, the province’s chief medical officer of health, said that the threshold for testing has changed. Now the initial criteria are:

If you answer yes to two or more of those questions, you should call 811 for further screening. 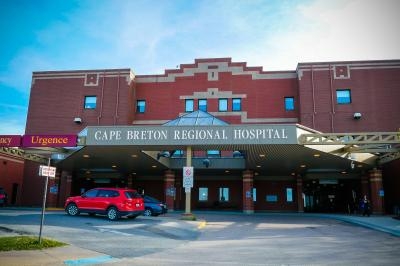 More than two dozen Cape Breton Regional Hospital nurses have been told to self-isolate after coming in contact with a patient with COVID-19.

Multiple sources inside the hospital, who spoke to the Cape Breton Post on the condition of anonymity, said there are 31 nurses from one ward currently self-isolating, as well as three doctors and three respiratory therapists who also came in contact with the patient.

The sources at the hospital said the woman had been in the designated ward for COVID-19 patients until her test results came back negative. Then she was moved to another ward where staff weren’t required to wear the same personal protective equipment, like face masks, as those working inside the COVID-19 unit.

Strang confirmed that sequence of events at today’s briefing, and then explained:

As a result of that potential, and as a result of the CBRH incident, the Health Authority has issued a directive saying that anyone in hospital expressing symptoms of respiratory disease be treated as if they have COVID-19, whether they test positive for COVID-19 or not. Still, Strang insisted that false negative test results are “rare.”

As for the loss of much-needed health care workers, Strang said:

We typically have people go on a 14-day isolation period [when people may have been exposed to COVID-19]. We’re looking at ways where we could potentially get people out sooner with careful measures around monitoring temperatures, daily screening, etc, because having to pull numbers of people out of the workforce, whether it’s the hospital or a long-term care facility, creates significant strain on our health care system and challenges the ability to deliver essential care. But we also have to make sure that we are not putting patients or coworkers at any increased risk of transmitting virus through having health care workers who may be infectious continuing to work… It’s an ongoing challenge, but we’re looking at ways we can maintain people, even if they have been exposed, in a safe manner.

The grim math of epidemiology 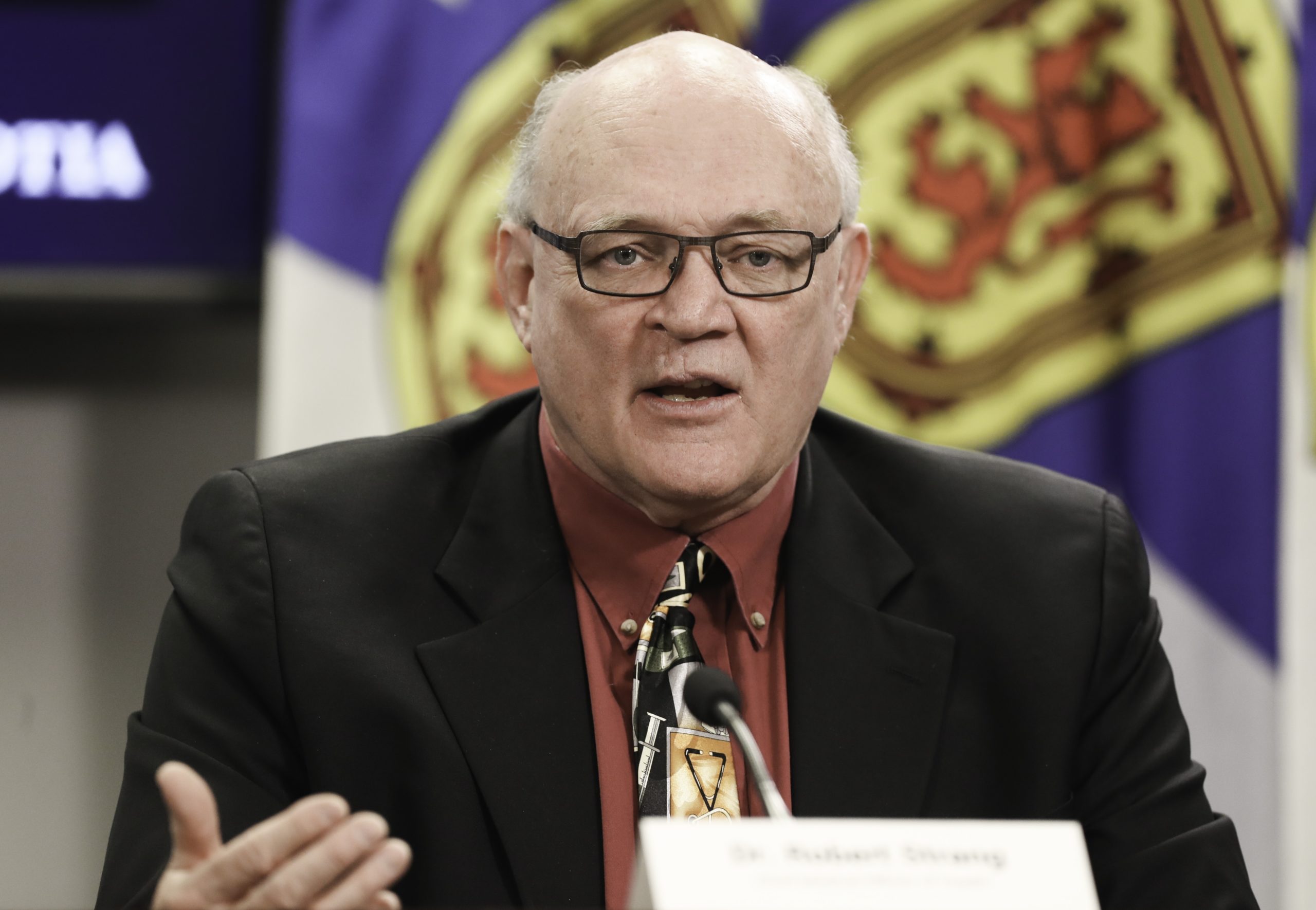 I’ve been thinking about the risk factors related to the restrictive measures put in place to limit the spread of COVID-19.

The restrictive measures will save lives lost from COVID-19, but I’d think there will also be increased loss of life due to factors related to the restrictions themselves — that is, there will be an increase in lives lost to domestic abuse, suicide, substance abuse, lack of physical activity, bad nutrition, the suspension of “nonessential” doctor visits (some of which discover illness that can lead to death), and more.

In the end, the lives saved from COVID-19 death will far number the increase in lives lost to other causes, but it’s a grim calculation, and I’m guessing the two groups are not one and the same. That is: we’re condemning some people to death in order to save other people.

So I asked Strang today if the epidemiologists in the Nova Scotia Health Authority have calculated the increased mortality that will result from the restrictions and if they have put numbers to it. His response:

No, we don’t have numbers like that in the province. Certainly on a national level people have raised that — how do we measure some of the health impacts of some of the restrictions, and you’re right that there are some challenges here.

But the restrictions that we have are absolutely necessary. I come back to the comment that I made yesterday. If we didn’t put these restrictions in place, we would have a huge spike in COVID-19 and it would be over with in a short-ish period of time. But that huge spike would cause hundreds of preventable deaths, not just directly from COVID but there would be lots of people that would die because the health care system would be overwhelmed and their heart attack, their chronic disease would not be managed by the health care system and there would be deaths occurring from that.

Recognizing that there are negative implications potentially from the measures we’re putting in place, that’s why we’re trying to sustain other parts of our health care system to help people out with those challenges as best we can. But it’s a necessary choice to avoid those very preventable hundreds of deaths that would occur if we didn’t put these measures in place.

Still, let’s think through how we can best implement physical distancing measures to reduce harm.

The blanket park closures, for instance, seem like a very bad idea. While it makes sense to me that we would want to close high-destination parks like Crystal Crescent Beach, where it’s nearly impossible to socially distance in the parking lots and on the connecting path to the beach, closing the neighbourhood patch of green grass seems very counter-productive.

“The law is an ass,” someone told me this morning, meaning not that we shouldn’t have laws, but rather that laws have no nuance. Nuance, and wisdom, can come from people who implement, interpret and enforce the laws, but too often those people are not very wise, or they’re afraid or otherwise incapable of seeing the entire picture.

I’ve written a couple of times about this, but here’s a similar thought from British author Dawn Foster in an article headlined “The sinister new politics of public space: your prejudice is showing“:

The policing of individuals has also been intensely worrying. A Sky News camera crew followed Brighton and Hove police as they admonished members of the public for various perceived flouting of the rules. Most worrying was their aggressive treatment of an older man, sat alone on a bench, far from anyone. A policewoman was filmed marching up and demanding that he keep moving. He was in pain, he explained, as he had sciatica and was resting in the middle of a walk. The police officer dismissed this: the public must be moving at all times, a detail that is not explicitly present in any of the guidelines issued by the government or public health bodies. It’s worrying: if the police are becoming draconian in their interpretation of the rules and attacking anyone sitting outside alone, they’ll very quickly make life miserable for people with disabilities or those recovering from injuries, as well as pregnant women and older members of the public.

We’re all sick of being cooped up indoors, and siblings playing football or tennis together can observe social distancing and still have fun. I fail to see how sitting down during a walk outside, even with a beer or two or whilst sunbathing, risks more than jogging. Very few joggers who’ve passed me on pavements or even in parks have observed social distancing rules, yet the new puritans are intent on judging anyone who does anything bar walk briskly or jog alone. It is the peak of middle-class curtain-twitching: a high self-regard coupled with absolute contempt for families who can’t afford homes with big gardens; flatmates driven mad by being trapped in small flats without living rooms; disabled and older people who need to rest amidst walks; people who are in abusive relationships who just want a break and to spend some time alone outside. It heightens every class tension, and allows the government to avoid scrutiny as the right-wing obsessively police other people and blame individuals for the spread of the new disease.

Maybe this isn’t so important, just three weeks or so into the crisis. But how does this picture change seven weeks from now? Six months from now?

We need to have informed and respectful conversations about this.