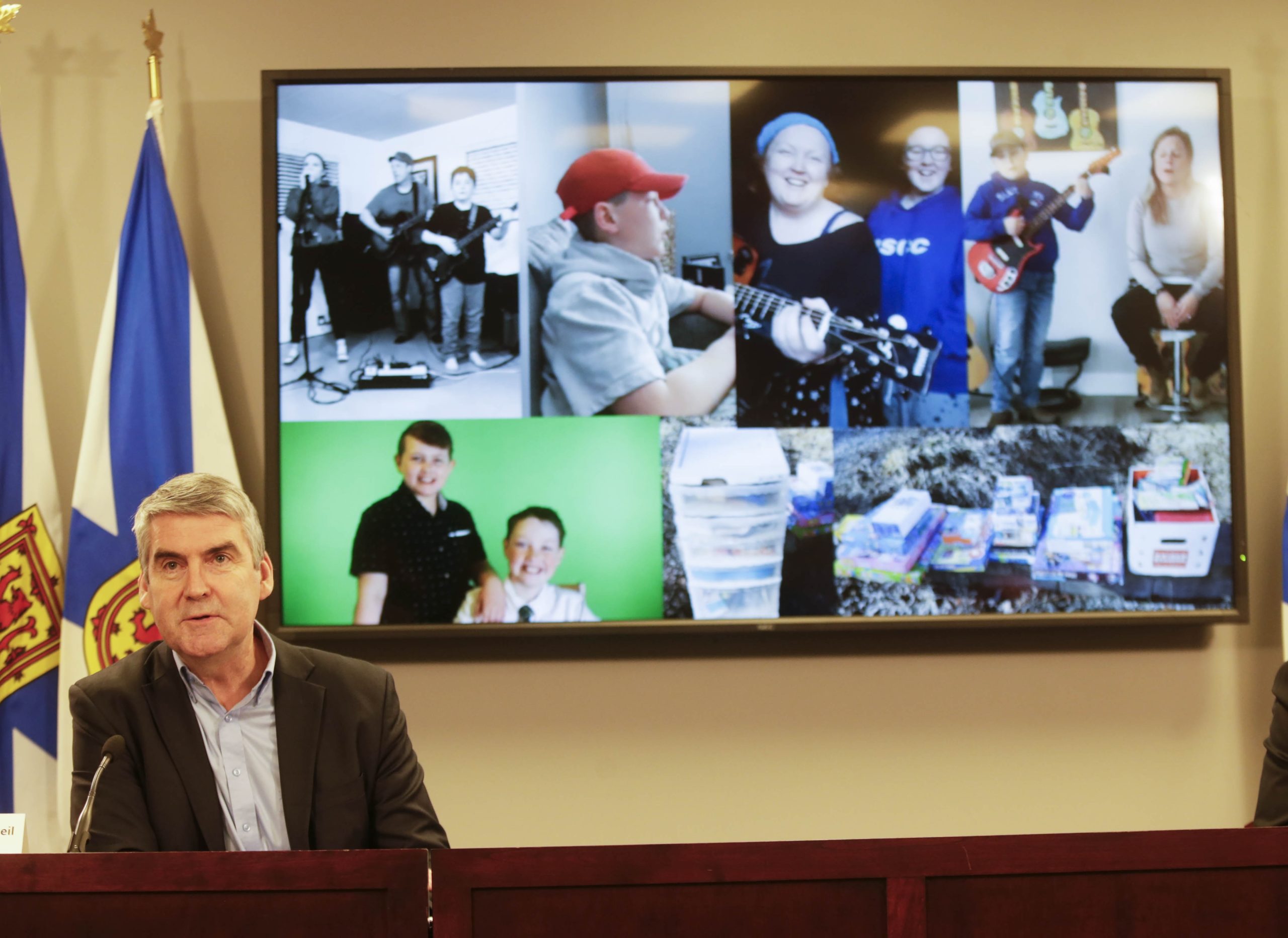 The Nova Scotia government has extended the State of Emergency until April 19 to try and contain the spread of COVID-19. These include physical distancing measures, the continued closure of nursing homes and hospitals to visitors, the shutdown of most small businesses, parks, and all social gatherings.

Seventy percent of Nova Scotia’s economy is built on supplying services. That’s been gutted by these emergency measures. Although Ottawa has promised to fast-track EI claims and send out emergency benefits to everyone who lost their job, those cheques are not yet in the mail. Today, Premier Stephen McNeil announced two new programs: one, to help workers and self-employed people who have lost their jobs and two, a program for small businesses forced to close during this pandemic.

“People are scared and we want to try to reduce some of that fear,” said the premier. “Today we are announcing a $20 million Worker Emergency Bridge Fund to help the self-employed and those laid off workers who do not qualify for Employment Insurance. We will provide a one-time, $1,000 payment to bridge the gap between the closures and the federal government’s Canada Emergency Response benefit.”

McNeil said this would help hairdressers and others who provide personal services. He also mentioned people who hadn’t worked enough hours or made enough income to qualify for EI. The federal program may eventually provide some relief but McNeil promises the provincial money will arrive sooner.

The $20 million program to help small business owners with fewer than 200 employees (that would include most businesses) is called the Small Business Impact Grant. It will help those who have shut down or lost substantial income because of the Emergency measures.

“We know they need help now,” said McNeil, who ran a small-appliance repair shop before entering politics. “Eligible small businesses will receive a grant equal to 15% of their gross revenues, either from April 2019 or February 2020 up to a maximum of $5,000. The one-time grant can be used for any purpose.”

Today’s announcements, totalling $40 million, will come out of a new $50 million fund that will be administered by Dalhousie University. Business and co-op students are expected to start processing applications “early next week,” said the premier, with the aim of “getting the money out the door as quickly as possible.” The remaining $10 million in the fund has not been allocated. Information on how to apply for the grants will be made available here.

During the daily televised briefing to reporters, Dr. Robert Strang, the Chief Medical Officer of Health, declined to speculate on when these restrictions might be lifted or when the peak of the pandemic in this province might be reached. He called that “a moving target” and said work is underway on models to help predict that surge. He said no decision has been made on whether to make those models public.

“Now and over the next two weeks is the time we can work together to minimize the spread, protect the health care system and put us in a position to lift some of these restrictions sooner,” he said.

The number of confirmed cases in the Province now stands at 193, close to doubling the 110 reported last Saturday. Five people are in hospital; 16 have fully recovered.

COVID-19 is no longer confined to people who travelled and their contacts. Today, public health officials in Pictou County appealed to anyone who developed symptoms after attending a March 15 funeral service at the Eagles Funeral Home in Westville or reception at the Alma Fire Hall to call 811. Someone who attended the funeral, who had no symptoms on that day, later tested positive for COVID-19 and may have unknowingly infected others. The public appeal is to try and identify additional contacts of people at the funeral who by now would know if they had been sick in the past 14 days.

Dr. Strang was unable to provide any further information about how the virus spread among three staff and two residents at Magnolia Manor, a 71-bed long-term care facility in Enfield. Two of the cases were reported Sunday. Some test results are still being processed and Strang said local public health is investigating whether an “educational session” may have been a factor in the transmission. He promised to provide an update tomorrow.

Several journalists noted there are concerns among people in the Cheticamp area of Cape Breton about why international workers will not have to self-isolate for 14 days before going to work in tight quarters on fishing boats and in fish processing plants. Is this a public safety concern?

“Foreign workers on fishing boats get an exemption in order to protect food sources,” said Strang. “We recognize there’s an increased risk.” 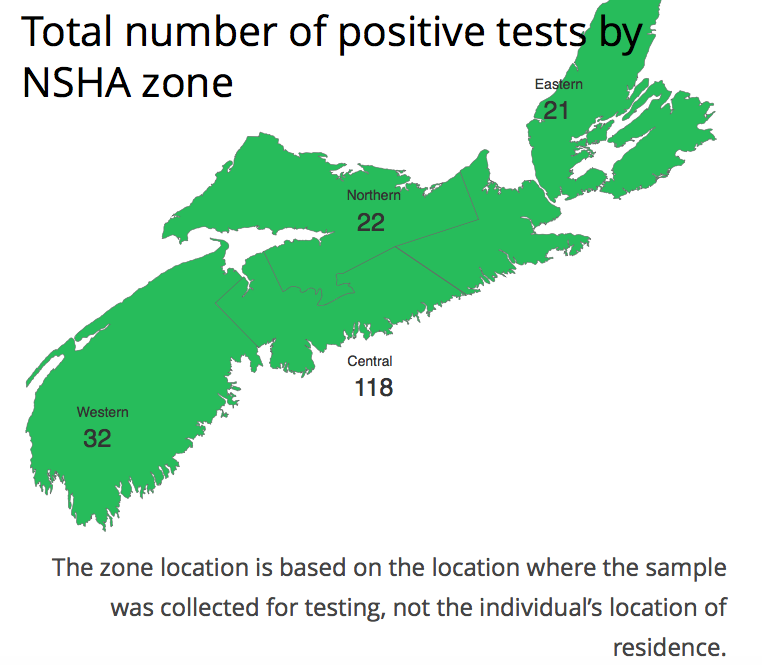 Public Health has developed an online map to show the regions where cases have been confirmed. The current numbers show 118 cases in the HRM area or Central zone, 32 cases in the Valley/South shore Western zone, 22 cases in the Northern zone, and 21 cases in Cape Breton and Guysborough County, Eastern zone.