You are here: Home / Featured / COVID-19 update: Most businesses in Nova Scotia can reopen June 5 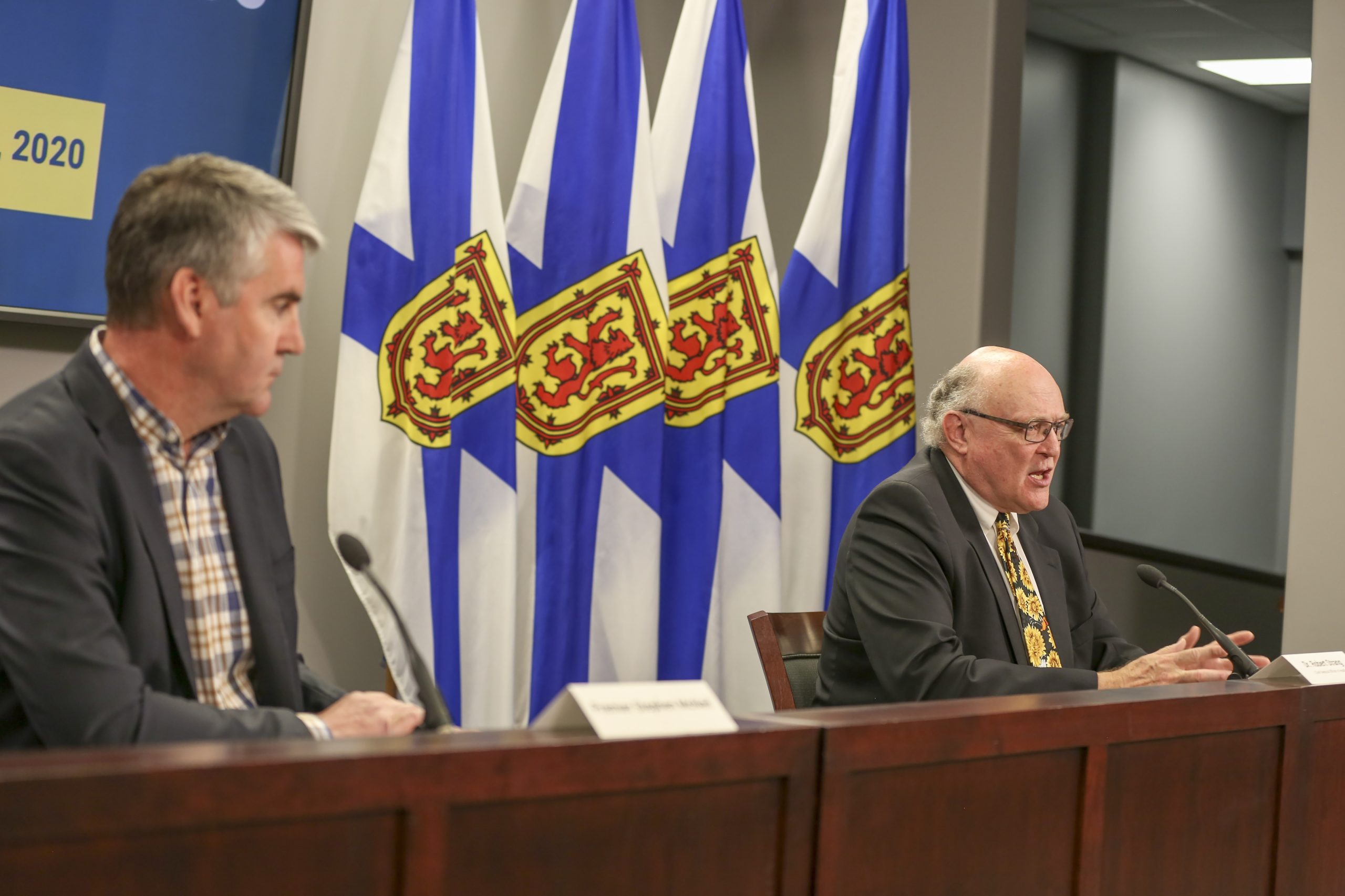 Today, the Department of Health and Wellness announced one newly discovered case of COVID-19 in Nova Scotia. Dr. Robert Strang, the province’s chief medical officer of health, said the new case is a resident of the Northwood retirement home, which now has 16 active cases — 12 residents and four staff.

Today, Premier Stephen McNeil announced that most businesses will be allowed to reopen on June 5, as follows:

Effective June 5, most businesses required to close under the public health order can reopen. Businesses must follow protocols in the plan that is tailored to their sector. This includes following public health protocols to ensure physical distancing, increased cleaning and other protective measures for staff and customers.

The following can open if they are ready and choose to do so:
— restaurants for dine-in, as well as takeout and delivery
— bars, wineries, distilleries and taprooms
— lounges are not permitted to reopen at this time
— personal services, such as hair salons, barber shops, spas, nail salons and body art establishments
— fitness facilities, such as gyms, yoga studios and climbing facilities
— veterinarians

The province hopes to allow for the reopening of day cares on June 15, “but the reopening date will be confirmed and shared with Nova Scotians once the plan is fully approved,” says a press release. “The primary focus is the safety of children.”

The announcement was met with much confusion, at least on my Twitter feed, with people asking for more details about how the reopening will proceed. Strang said many of the details will be made public by industry groups. But he did say that, for example, restaurants will be allowed to reopen at half their legal capacity, but only if they can additionally maintain two-metre separation between groups of customers. And those groups must consist of people within the household bubbles allowed last week.

I asked Strang whether libraries and theatres can reopen, but he dodged the question. At the end of the briefing, however, McNeil said he will have more announcements Friday about “reopenings and social gatherings.”

The premier made much of a $230 million spend for “shovel ready projects.” This is money over and above the billion dollars included in the provincial annual capital project list approved in February, before the coronavirus shutdowns; the new money will pay for projects that had been slated for future years in the five-year Highway Plan, the School Capital Plan, and other capital plans. Projects were picked that can be completed this year.

The press release for the stimulus money lists the funded projects as:

Additionally, McNeil announced a $25 million Small Business Reopening and Support Grant, which will provide grants of up to $5,000 to small businesses to help them reopen safely. McNeil described the program as follows:

This fund will provide eligible small businesses, not-for-profits, charities, and social enterprises with a grant of up to $5,000. Many of you have to operate under entirely new conditions, and maybe even change your business model. So along with the grant, we’re announcing a voucher worth $1500 to access consulting services to offer you advice. This program is for those businesses ordered to close under the public health order, along with small independent retailers, independent gas retailers, and dental clinics. If you received the small business impact grant we announced in April, you do not need to apply; we will contact you directly. For everyone else, applications [will be] online June 1.

The money for the grant program consists of money previously committed to other business support programs that wasn’t used. Theoretically, it could help 5,000 businesses.

How does this end?

I’m still confused as how this is expected to end. Some of the stimulus spending McNeil announced was dedicated for projects that will assist with next year’s tourism season. But, I wondered, how do we get to a tourism season without a vaccine? So I asked as much; here’s my question and the premier’s response: