You are here: Home / Featured / Covid-19 is in Nova Scotia; schools and day cares ordered closed, international travellers must self-isolate 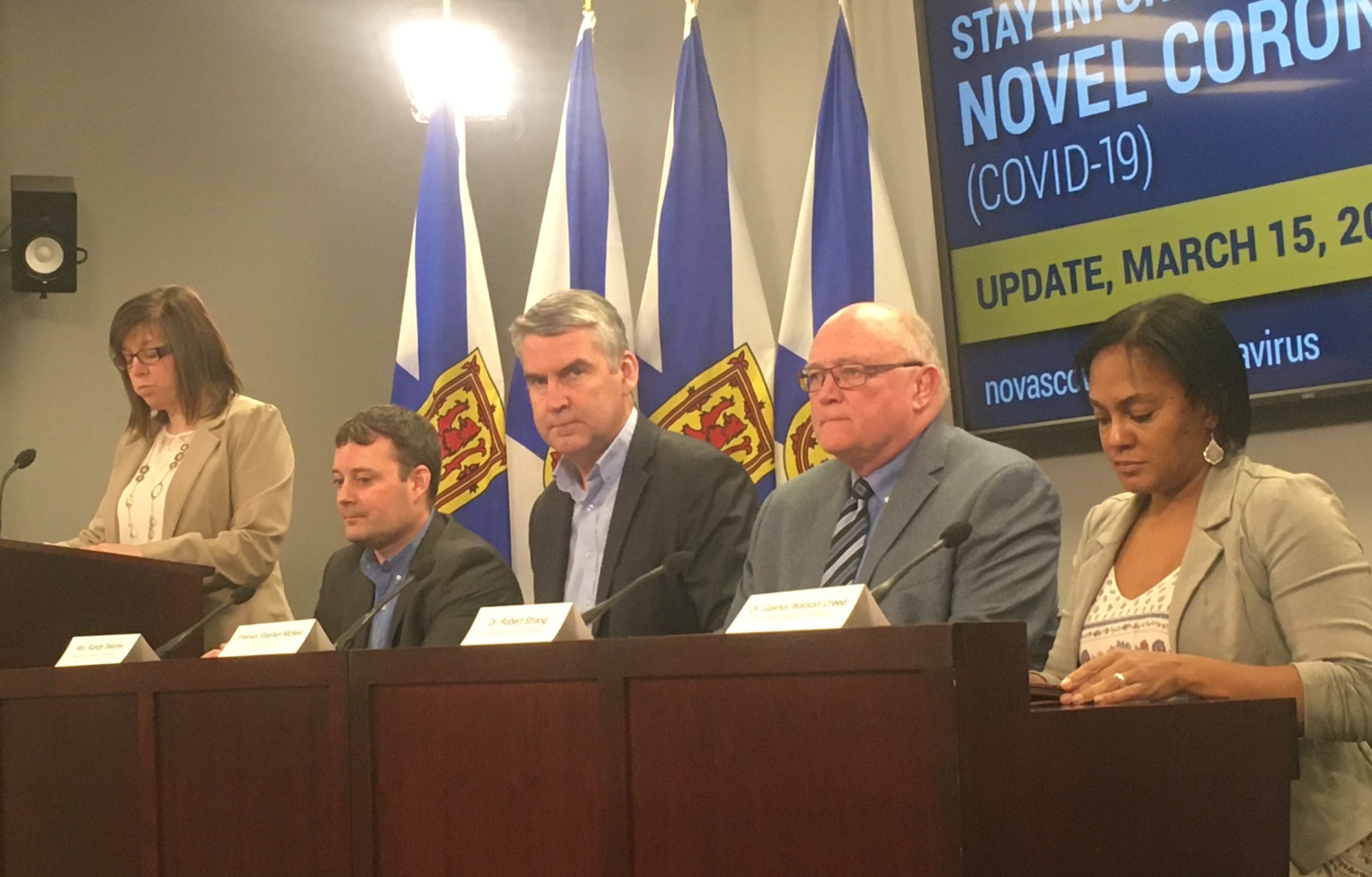 In response to the three presumptive positive tests for Covid-19 in Nova Scotia, Premier Stephen McNeil has ordered school and day care closures and is requiring that all people self-isolate after international travel. The new actions were announced at a press conference Sunday afternoon.

Dr. Robert Strang, the province’s chief medical officer of health, said that the Nova Scotia Health Authority had developed the ability to test for Covid-19 and he is “confident” the tests are reliable, but a separate test sample must be sent to Health Canada, so the local results are still considered “presumptive.”

The three positive results came from people who travelled independently outside the country. They are:

The two men reside in the Halifax area.

The three called 811 on Thursday and Friday, and the test results came in Saturday, said Strang. He said the Health Authority has identified all the people the three have come in contact with, and have asked them all to self-isolate for 14 days.

Strang said the province can test about 200 people a day, but now that they’ve developed a local test, that number should rise. He didn’t yet know what the new capability would be.

McNeil said the province now has 240 ventilators, and has ordered 140 more.

• nursing homes are closed to visitors immediately;
• public schools will be closed for two weeks after March Break, and a decision about after that will be made later;
• child care centres must close this Tuesday, March 17 until April 3, but that may be extended;
• casinos will close at midnight tonight, and all VLTs must stop operating then as well;
• all people returning from international travel must self-isolate for 14 days, and health inspectors will be at the airport to screen returning passengers;
• restaurants and bars must keep customers six feet apart and limit customers to 150.

On that last point, I asked if the four officials should be sitting immediately next to each other on the podium. “Good point,” said Strang. They missed an important opportunity for messaging about social distancing.

At the press conference, communication workers handed out posters about how to self-isolate and how to care for people who are self-isolating.