You are here: Home / Featured / Clearing out the jails 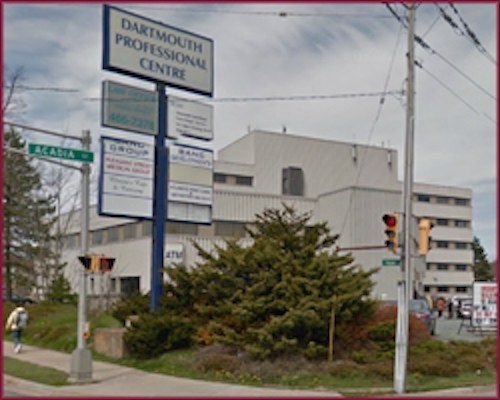 This weekend, something extraordinary happened in a Dartmouth provincial courtroom.

Since the onset of the COVID-19 epidemic, advocates have publicly called for the province to address the danger of the virus spreading in provincial jails.

Over the weekend, Chief Judge Pamela Williams met that call, in a scene that lawyers, community service providers and advocates have described as unprecedented.

Justice Williams kept one courtroom open over the weekend to process consent releases from all over the province. In a consent release, both the crown and defence agree to the release, and to the conditions of that release.

Courts do not normally hear matters from other jurisdictions, nor are the courts usually open on the weekend. Both measures allowed cases to be quickly processed to release people to the community and reduce the burden on the jails.

Attendees estimate around 20 people were able to be released.

Lawyer Hanna Garson, who was representing clients over Saturday and Sunday, says lawyers were pushed beyond their normal practice. She recounts scenes of co-operation not only between lawyers who are usually on opposing sides, but between social workers, community service providers, and advocates as people scrambled to find housing and social supports for people being released.

For people who could get out quickly…who were eligible for legal aid but had gone to a private lawyer, Legal Aid really stepped up [for people they weren’t representing] and just decided to get as many of those people out as they could.

It’s an emergency situation, and the system to figure out to house these people immediately didn’t exist. What I found really interesting is that everyone had to rely on each other to get people housing, and it really showed that those networks [of advocates and community providers] are way more important than previously believed.

Garson praised the effort of Justice Williams and of everyone involved who “stepped up to the plate” to meet the crisis. Garson also emphasized that the collective effort in the courtroom serves as a model not only during crisis, but of the capability of the legal system to work with communities and advocates in the future to reduce incarceration.

The challenge is for us to remember these lessons in the future.

Ashley Avery, the Executive Director of Coverdale Courtwork Society, worked through the weekend to meet the court’s demands. She says service organizations have been pushed to the limit. Avery describes the strain community organizations are experiencing as they struggle to meet the challenge of rapidly expanding needs with few resources:

Coverdale staff have been working around the clock and in tandem with Nova Scotia Legal Aid, the Social Work team at Central Nova Scotia Correctional Facility and the Elizabeth Fry Society of Mainland Nova Scotia to support the expedited release of women and Trans prisoners in a unprecedented series of emergency hearings in the court.

We have been able to offer these supports remotely by teleconferencing and email. The most significant barrier that we faced over the weekend, and one we continue to confront as we organize releases, is the lack of housing options in our community for people exiting jail.

If the connection between homelessness and criminalization was not before apparent to some, it has been intensified during this process of decarceration. 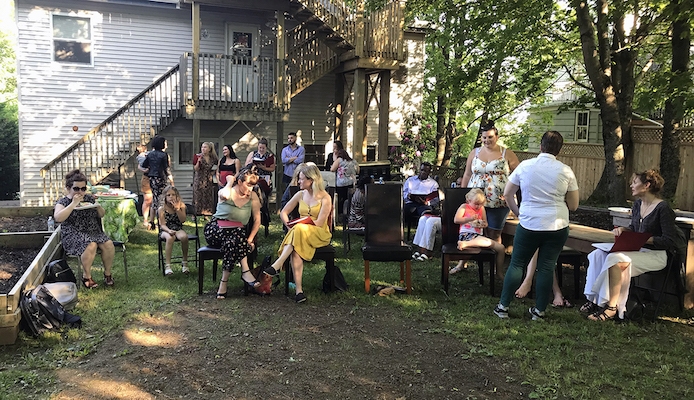 Avery says this crisis has exposed gaps in the system that advocates have long urged the province to address:

We refuse to acknowledge jail as a suitable or safe housing option, especially during a pandemic, and have worked tirelessly to ensure that the lack of an address is not a barrier to release.

Aside from housing, there are key supports that must be a part of anyone’s release plan, including necessities such as clothing, food, access to a phone, mental health and addictions resources and medication co-ordination. These needs are exacerbated in these times and community resources have been crucial.

We have received emergency funding from the United Way to assist us in responding to this enormous demand on our resources. Intense pressures have been placed on community supports. We have worked diligently to tether folks to resources, but this has been incredibly difficult given that many services are closed, working remotely, or altering their service provision due to COVID-19.

We are all working on a skeleton crew at the frontline, in the most collaborative way possible, to support people exiting jail. The process has been chaotic and urgent, arduous and remarkable.

Advocates continue to push the province

The East Coast Prison Justice Society has been pushing the province to reduce incarceration to prevent the spread of the virus through the jails. Sheila Wildeman, the Co-Vice chair for the Society told the Examiner:

While these extraordinary processes of expedited release are critical responses to the likelihood of an outbreak of COVID-19 inside provincial correctional facilities (which threatens to prolong the epidemic generally,) the main priority now is to ensure adequate system co-ordination to provide those granted expedited release with access, without delay, to the supports necessary to their life and health, including supports for COVID-19 preventative measures like social isolation or social distancing upon emergency transition to community.

Government is obliged under social assistance legislation to provide eligible recipients with the supports necessary to their health and safety. In these cases of emergency community reentry, this includes necessary shelter, income and health and addictions supports tailored to the altered social service environment during COVID-19.

Wildeman stresses that a public health response to COVID-19 and incarceration also includes supporting the health of people released from incarceration who may be at elevated risk of contracting the virus. She urges the Department of Community Services to reduce barriers such as delays in processing documentation, and removing prohibitive co-pays for methadone therapies:

Here it is also especially critical to recall that the transition from jail presents a number of special challenges to people, including the need to get back on social assistance and Pharmacare, and the need to immediately ensure continuity of addictions therapies such as methadone, in the face of significantly elevated risk of overdose.

Wildeman also raised the issues facing other institutions in the province, and urged action to protect the human rights of all people living in residential spaces:

It is really important to add, as Robert Devet has recently pointed out, that it is not clear any preventive decarceration strategies have been directed at other institutional / congregate living sites beyond corrections.  Instead, those congregate living sites (large residential institutions like Kings Regional Rehabilitation Centre, as well as other regulated residential spaces like group homes) have been singled out in the emergency health protection order for mass detention (no visitors coming in, no residents leaving, except in exceptional circumstances) without clear indication of what protective measures are in place for both the health and human rights of those inside.

The East Coast Prison Justice Society has released a public call for action to mitigate the effects of COVID-19 on incarcerated populations. Members of the public can sign on to the demands here.

Harry Critchley, the Chair of ECPJS, summarizes the concerns of the Society to the Examiner as follows:

We also want to express concern about the lack of transparency around the numbers of people who have been released through either mechanism, and the lack of clarity around processes at the interface between the Department of Community Services and Corrections — for example, around who is being targeted for release.

We put a call to action to the province to ensure the re-entry supports being provided to the province upon release are responsible and do not overly download responsibility onto community groups. We need clear commitments to long-term funding for these supports given the projected length of social isolation.

Those involved with the remarkable push for release this weekend agree that these measures should not only exist in a crisis. As Avery reminds us:

If these sweeping actions over the past week, and those in the weeks to come have proved anything it is that people do not need to be warehoused in our jails and that there are viable community-based alternatives to incarceration.