You are here: Home / Featured / Child care centres in “dire situation” as owners wait for promised funding from province 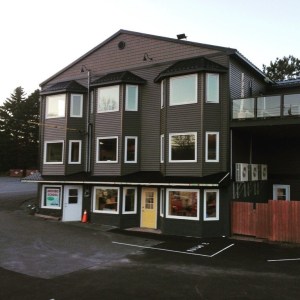 “We lost about $3,000 to $4,000 in parent fees this month and that funding still hasn’t come,” Molly Rogers, co-owner/operator of Mrs. Robinson’s Childcare Centre, said in an interview Friday.

“As far as I know, every child care centre in the province is still waiting on their funding. And I’m sure we’re not the only ones who are in such a dire situation.” The province announced on April 28 that regulated child care centres would remain open during the provincewide shutdown to support health care and other pandemic workers needing child care. Parents aren’t being charged fees for keeping their children at home and were also assured they wouldn’t lose their child care spaces during the lockdown.

“Government is committed to supporting the sector for costs incurred in keeping child-care centres open, staffed and ready to receive children of workers needing child care over the next two weeks,” the province said in an April 28 media release.

Rogers and co-owner/co-operator Lindsay Awalt operate a morning preschool with 12 children and an after school program overseeing 30 children. The preschool program was not essential and was closed for the duration of the current lockdown.

However, their after school program is considered essential. All but one of the 30 families who use that program pulled their children from the facility. Without provincial funding to cover the parent fees of the 29 children who aren’t there, the centre is struggling.

“That one child is here every day. Their family needs care as they’re essential workers, so if we close our doors, then they’re in a bind as well,” Rogers said.

In a letter published on social media yesterday and sent to Premier Iain Rankin and several MLAs, municipal councillors, and media, Rogers and Awalt demanded to know when child care centres could expect their funding.

The department of education and early childhood development is not taking care of their early childhood educators or operators in this province in rears to financial support to keep this field viable.

If we are essential, why are we being treated with such disrespect and disregard that we cannot even get an update or a timeline from them? Where is the money we have been promised?

‘Left to our own devices’

Today is pay day, and Rogers and her business partner only had enough to pay their part-time staff member. They bought the business last June and still need to pay their “massive” business loan, rent, power, supplies and materials, and groceries.

Next week, she said, the business will be operating at a loss. Rogers said if the promised funding doesn’t come through by the end of the month when rent is due, they’ll be forced to shut their doors.

“We’re the only after school program in Fall River, so it’s not only going to hurt us to close our doors, but it’s going to hurt 30 families,” Rogers said. “And honestly, we just feel like we are left to our own devices.”

Rogers said she’s frustrated by the lack of communication from the Department of Education and Early Childhood Development on a timeline for when they can expect the funding. She said they received two emails deemed time sensitive requiring answers about attendance at their centre. Both were sent late on a Friday night, and requested that information be provided by Sunday.

Rogers said they’ve received no communication or updates since May 3. Despite repeated phone calls and emails, they also have no idea when they might receive funding for those unused child care spaces.

“It’s just heartbreaking,” Rogers said. “It’s devastating that the department has basically left us to fend for ourselves and have offered little to no support.”

“They can’t even muster up the time to communicate with us, like, to say ‘Hey, we’re working on it, this thing’s coming soon or, just give us another week.’ Just give us something.”

Rogers said the only information she has about what might happen is gleaned from other early childhood educators (ECEs) who went through a similar scenario after the shutdown in March 2020.

“Some of them told me that the funding didn’t come until six weeks after the shut down last time,” she said. “And it’s been three weeks, so we’re not going to make it to six weeks.”

‘Suffering on many levels’

Dodie Lamey is an ECE and director/owner of Playtime at Dodie’s in New Glasgow. Her centre typically has 74 children each day. Since the lockdown, that number sits at 22 children per day.

Lamey said while she can rely on her husband to support her through this, many child care centre operators aren’t so fortunate.

“There are a lot of Mollys out there, there’s a lot of people in that same predicament. I have a resource that I can fall back on. I shouldn’t have to do that, but without that I would not be able to make payroll next time,” Lamey said.

“Typically at the first of the month parents pay for the month. Because I had no funds from parents, there’s been no money moving since the first of April.”

Through her ongoing communication with child care centre operators across the province, Lamey said ECEs working in the sector are feeling “outraged, disgusted, belittled, and unrecognized.”

“They (the province) told the public we were taken care of. It’s a very big challenge for a lot of people, it’s absolutely incredible what they’re going through,” Lamey said. “And it goes from one end of the province right to the other, and the smaller the centre, the worse off they are.”

Lamey said her biggest request is echoed by many, and that is a call for a definitive date so they know when to expect the province to provide the funds.

“You need to pay rent, you have to be able to say listen the government is going to give me money and they say it’s going to be here Thursday,” Lamey said.

“Now, you can just say ‘I don’t know when I’m getting it’ because you don’t know. You really don’t know. And that’s not right.”

CUPE Nova Scotia is the union representing staff at seven non-profit child care centres in Halifax and Bridgewater. Naomi Stewart, CUPE’s child care coordinator for Nova Scotia, said a government memo issued to child care centres across the province encouraged them to use other revenue sources – grants, subsidies, parents fees – until the new grant comes through.

Stewart said many centres suffered a shortfall from last year where the amount provided by the province wasn’t equal to what they received from parent fees. She said that left some centres with shortfalls in the vicinity of $20,000, in some cases more.

With parent fees making up 80% or more of a child care centre’s funding, Stewart said centres unable to charge for those fees are struggling. She said centres were provided forms to fill out and submit today regarding their enrollment. Those forms will determine the provincial funding they receive.

“There is nothing to say when that money will be coming to the centres and if it would cover the actual monies that they would be out with a loss of the parent fees. Some centres may be continuing to charge the parents knowing that when they get reimbursed from the government they will reimburse the parents for their fees,” Stewart said in an email.

“The government does not make running a centre easy right now, whether it is a unionized one or not. They are all suffering on many levels.”

In an emailed statement, a spokesperson for the Department of Education and Early Childhood Development said the provincial government is committed to supporting the child care sector for costs incurred in keeping child care centres open, staffed, and ready to receive children of workers needing child care during the current pandemic restrictions.

“We are following the same process as last year in terms of providing emergency funding to the sector, and as we end our second week of restrictions, funding has already begun flowing to the centres and we are working to collect information to get more payments out next week,” spokesperson Jasmine Flemming wrote.

Flemming added that all child care centres that get regular funding from the department received their quarterly funding on April 1. She said some centres that had to close based on public health direction following an exposure have already received emergency funding, and those requests are continuing to be processed.

“Last week, our department asked all child care centres to submit information, like attendance impacts, that allow us to calculate the amount of emergency funding they are eligible for,” Flemming said.

“As this information is received, amounts will be calculated and funding will flow to the centres. Our goal is to begin sending funding later next week to centres that have supplied the necessary information.”

Flemming added that as always, any operator with questions about payments or dates can contact the department directly to discuss.