The chief of the IWK Health Centre’s emergency department says the volume of visits is skyrocketing and she’s worried things are heading into “unknown territory.”

“The volume in our department is literally off the charts. It is much higher than is typical for this time of year, and in fact it’s almost the highest volume we’ve ever experienced,” Dr. Katrina Hurley said in an interview on Tuesday.

“It’s higher than what we experienced in the fall when we had that surge of RSV (respiratory syncytial virus). It’s the highest volume we’ve ever seen in spring, and the only time busier than what we have right now is January, February of 2020 when we had influenza that predated COVID.”

The pediatric emergency physician said on the busiest day in her department’s history, they saw 180 patients.

“I’m not sure what our theoretical capacity is because we are often able to surge with those volumes, but I’m quite confident that 178 is beyond what we are capable of doing, even on our very best day,” Hurley said.

On Tuesday, the IWK Health Centre shared via Twitter that its emergency department had been overcapacity for the last six weeks.

With the month of June only half over, things are expected to get worse.

“We’re awfully close to our busiest day in history (at 178), and it looks like if we continue at this pace, we may well surpass that,” Hurley said.

“That wasn’t necessarily all waiting time, some of that might have been time in care, but still,” Hurley said. “Being in our department for more than 12 hours is a very long time.”

‘No longer a sprint but a marathon’

While the pre-pandemic influenza surge in early 2020 had an obvious peak, this latest increase in patient volume has been building since April and appears to be a sustained pattern of elevation.

It has been an unusually busy spring. Hurley described the patient volumes during the months of May and June (thus far) as “well outside” the norm for the emergency department.

“We’ve typically had big surges associated with particular epidemiology in the community, but we’ve not had this kind of sustained pace,” Hurley said.

“It’s like a marathon at this point. It’s not the kind of sprint we’ve done before.”

The reasons for the sustained and growing number of visits to the IWK’s emergency department are described by Hurley as multifactorial.

While the 2020 surge and peak in visits were clearly attributable to respiratory syncytial virus (RSV) and influenza, she said this latest increase in numbers includes a broad spectrum of illnesses.

In addition to respiratory illnesses (not necessarily COVID-19), they’re seeing patients with gastroenteritis, Hand-foot-and-mouth disease, and other ailments.

“I suspect that the masking that protected kids in the last two and a half years, now children are being exposed to a large range of things that many of these young children have literally never been exposed to,” she said.

“So these children that are toddlers and younger are being exposed to all of this for the first time and we’re experiencing a larger than normal cohort for whom this is novel.”

‘Canary in the coal mine’

Hurley also points to changes in the health care system as likely contributing to the surge.

“The emergency department is often called the canary in the coal mine,” Hurley said.

While 90% of patients who arrive at the IWK’s emergency department have a family doctor, Hurley said families often express concerns about a lack of access to their primary care provider. For example, many cite that wait times to secure an appointment are too far into the future.

“So many patients tell me that they’re there (at the emergency department) because they have no other choice. They don’t have anywhere else to go.”

Hurley said she would like to know what’s happening with the ability of families to access urgent care.

“I don’t know what the gap is there, but there’s something different about the system.”

One of Hurley’s concerns is what the future holds. She described the current situation as “unknown territory,” adding that she doesn’t know what to expect. 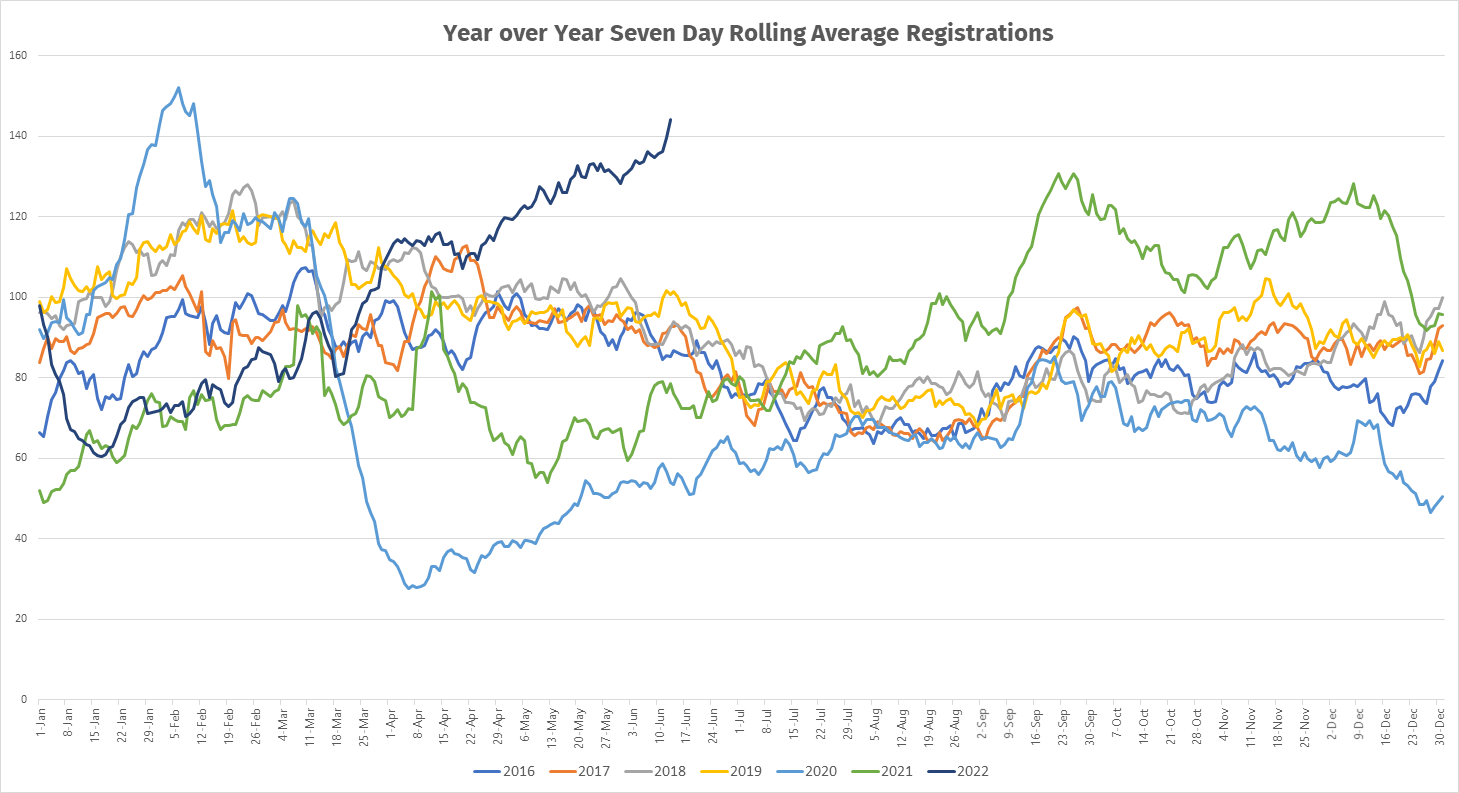 Hurley suggests COVID-19 has changed the community’s epidemiology, and they may get over this difficult period once younger children have been exposed to the things that had been kept at bay.

“Or it may be that things are going to get worse, or maybe this is some kind of new normal in the setting of our changed health care system, but I must say that I just don’t know and it makes me concerned,” she said.

“I’ve used data trends to schedule when physicians are best positioned to see the most number of patients, but now the trends don’t fit anymore and I’m not sure how to meet the demand when we’re in this unknown territory. I don’t know how to meet this demand.”

Hurley believes policymakers haven’t provided the tools required to respond to surges when they occur.

As part of the IWK’s emergency department overcapacity tweet on Tuesday there was a link to an explainer video on how the facility triages its patients.

Released on Tuesday, Hurley said that video has actually been in the works since the IWK emergency department’s volume surge in the fall.

They decided to create the video after receiving feedback from many frustrated families who didn’t understand why patients who arrived much later were getting seen ahead of them.

“We wanted to explain how we were seeing the sickest patients first, so if we’ve put you in the waiting room to wait it means it’s safe for you to wait,” Hurley said.

“And while I believe it is safe for you to wait, it doesn’t mean I think it is terribly humane for you to have to wait for an extended period of time.”

While many well-meaning family members suggest their child’s problem could be quickly and easily dealt with, Hurley said the reality is there could be 60 other people with a quick and easy, dischargeable problem.

“I would like the public to know and understand that we are doing the best we can with the resources we have,” she said.

The overcapacity issues don’t just take a toll on patients and families. Hurley said those working in the emergency department feel it too.

“I don’t think it’s an exaggeration to say that we’re facing moral distress. It sounds dramatic, but it’s not an exaggeration. It feels very distressing. None of us want to have patients waiting an extended long time for care,” Hurley said.

“We got into this business to help people, so it is distressing when you feel like you can’t provide the care that you want to provide.”

Vacancies ‘a source of stress’

On May 19, IWK Health Centre pediatrician Dr. Joanna Holland shared a Twitter thread about the province’s decision to remove mandatory masking in the province’s public schools.

Holland said they were seeing “exceptionally high numbers of sick children” in the IWK’s inpatient unit.

“There are many more kids in the Emergency Department who need to be seen but not admitted to hospital. Patients are also being transferred to us from elsewhere in the Maritimes where it is also busy,” Holland wrote.

“This volume of patients is very unusual for late May. It feels more like January. Except, it feels worse, because in addition to patient volume we continue to deal with staff shortages due to COVID infections and exposures.”

While staffing continues to be a challenge and source of stress, Hurley said the IWK’s emergency department has continued to work with a full complement of physicians, often at “significant personal cost” to their team of physicians. She said everyone “is feeling that crunch.”

“We are very grateful for the support of other units in the hospital,” she said. “We cannot work to peak capacity without an experienced team of emergency nurses. Vacancies are a source of stress for our team.”