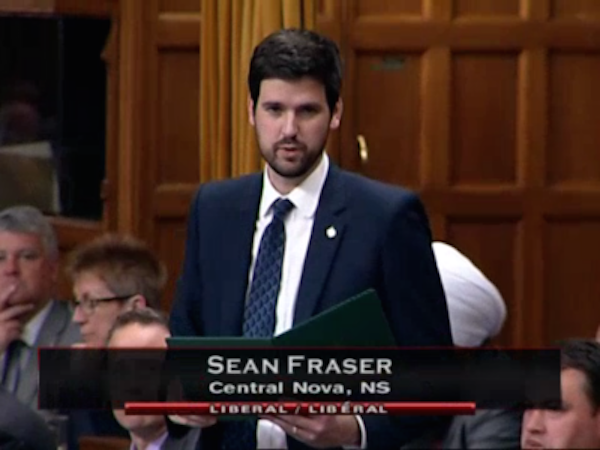 Even if Northern Pulp’s controversial new effluent treatment plant gets the green light from the Nova Scotia Department of Environment next month — a decision less likely after concerns voiced to the province by  five federal departments have been made public — it looks next to impossible for the replacement for Boat Harbour to proceed in anything less than two years.

Central Nova Member of Parliament Sean Fraser estimates that’s the minimum length of time it would take Paper Excellence Canada — which owns Northern Pulp — to file the paperwork to satisfy federal regulations that would allow a  pipeline carrying treated effluent to cross 20 wetlands inhabited with wildlife before being laid on the bottom of  the Northumberland Strait.

The sea-floor is technically the property of Public Services Procurement Canada. PSPC is the lead department that will determine if there are significant adverse environmental impacts associated with the pipe project, including its impact on lobster and fish.

“Long story short, there certainly will be a significant form of federal oversight on the project,” said Fraser, reached in Ottawa yesterday. “The only question is whether an agency-led assessment is required to adequately assess those impacts.”

Under Section 82 of the newly-minted Impact Assessment Act, Fraser said several federal departments have responsibilities related to the new effluent treatment plant even if the province approves the project with conditions. In the event the province rejects the facility outright, the federal process would stop because there would be nothing left to regulate.

There is also another separate “stream” or level of federal oversight which is currently alive in Ottawa. Under the Impact Assessment Act which replaced the former Canadian Environmental Assessment Act last August, there are new criteria which could trigger a full review with timelines stretching upwards of two years. Those changes include a project’s impact on “the health and wellbeing of aboriginal people” as well as the “cumulative impact” on climate change.

Last September, Environment Climate Change Canada Minister Catherine McKenna asked officials within that department for a recommendation on whether Boat Harbour should be designated for a review led by the Impact Assessment Agency (formerly CEAA). Sean Fraser was the Parliamentary Secretary to McKenna. Fraser said the newly appointed ECCC Minister, Jonathan Wilkinson, has written to Pictou Landing Chief Andrea Paul promising a decision on a federal assessment by December 20, 2019. That’s three days after Nova Scotia Environment Minister Gordon Wilson must reveal whether Northern Pulp has satisfied concerns  that have pitted fishermen against foresters across the province.

In 2014, the McNeil government passed a law that said the 50-year-old toxic site that is Boat Harbour must close by January 31, 2020. The government is under pressure from Northern Pulp and forestry interests to change the law to extend the deadline to allow the mill more time to comply with regulations, even though the mill could have engaged in the process five years ago.

Sean Fraser said he knows what he would do if it were his decision.

“If I were in the premier’s shoes and I had made the commitment to Chief Paul and the Pictou First Landing, I would honour the commitment I made, including the date,” said the federal MP for the Central Nova riding where Northern Pulp is a major employer.

“In light of the most recent feedback from the federal government that pointed to some very serious shortcomings that would take a significant amount of time to accommodate, I’m not certain what length of an extension would be needed to satisfy the number of obstacles which need to be cleared.”