You are here: Home / Featured / Capitalism will save women, says McNeil

There are now just eight known active cases in the province. Two people remain in hospital with the disease, one of whom is in ICU.

Here are the new daily cases and seven-day rolling average (today at 1.0) since the start of the second wave (Oct. 1):

The only active potential exposure warnings are for two flights coming into the Halifax airport:

In light of the continued very low case numbers, today the province announced some mild relaxations of COVID restrictions effective Monday, as follows:

— retail businesses can operate at 75 per cent capacity
— fitness facilities can operate at 75 per cent capacity and must maintain three metres between people during high-intensity activities both indoors and outdoors
— recognized businesses and organizations can resume hosting events with 150 people outdoors, or 50 per cent of a venue’s capacity to a maximum of 100 indoors
— these events must stop any food or alcohol service by 10 p.m. and end by 11 p.m.
— these events include social events, arts and culture events, sport and recreation events, special events, festivals, faith gatherings, weddings with receptions, and funerals with visitation and receptions
— these events include bingo, darts and other similar activities hosted by licensed and unlicensed establishments
— these gathering limits also apply to meetings and training hosted by private businesses or organizations, provincial and municipal government, first responder organizations, mental health and addictions support groups, and organized clubs
— organized clubs can host activities for all ages and follow the day camp guidelines to have cohorts of up to 15 within the larger indoor or outdoor gathering limit
— spectators are allowed at events, including sports games and practices and arts and culture rehearsals and performances, except when they are held at schools
— large facilities that already have approved plans can resume hosting events with multiple groups of 100 that are kept separate with their own entrances and exits and their own washrooms
— Centre 200 in Sydney and Scotiabank Centre in Halifax can have multiple groups of 150

Capitalism will save women 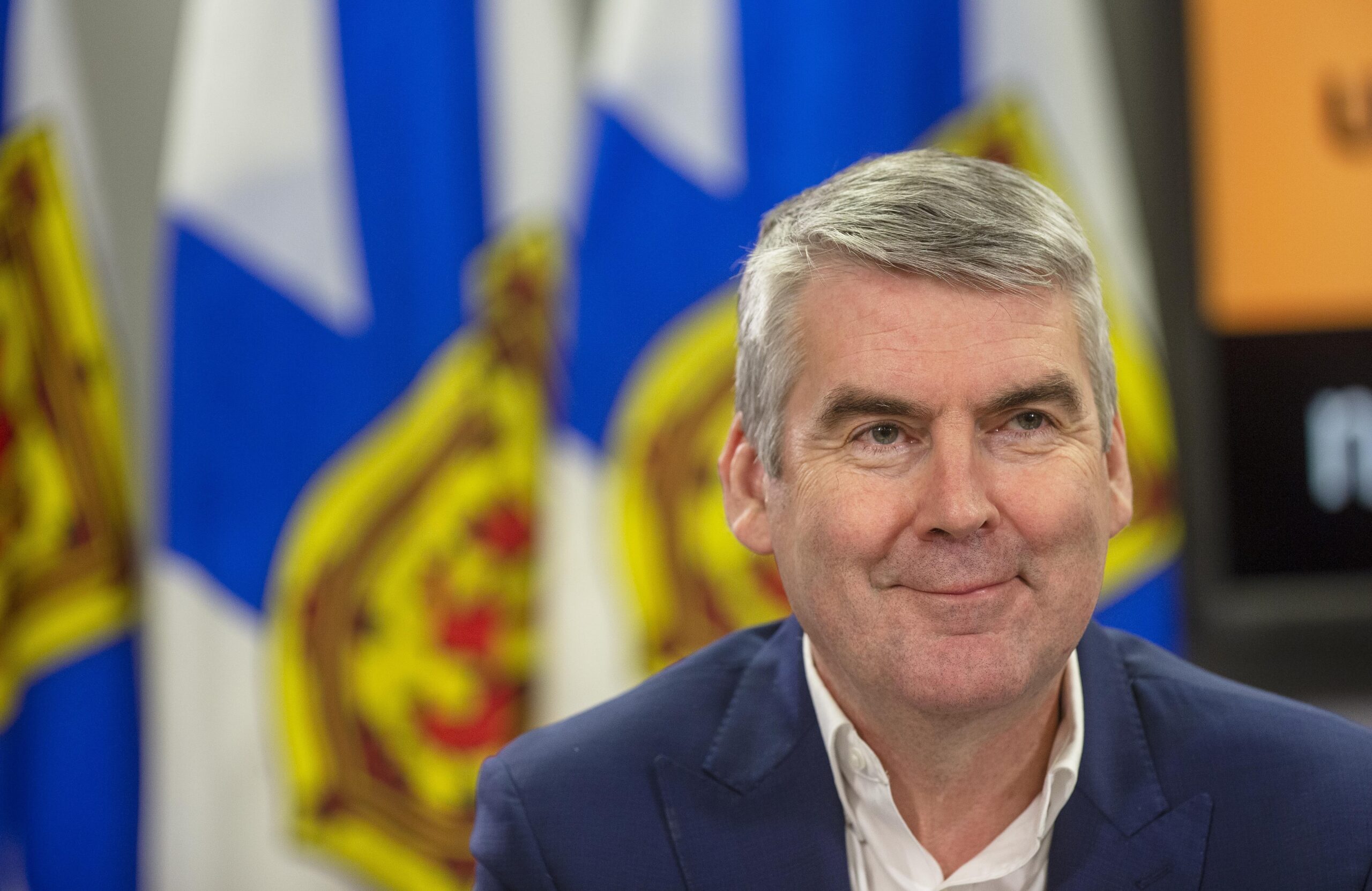 At the start of today’s briefing, Premier Stephen McNeil announced his government is giving $5 million to a capitalist endeavour to help women. Here’s how he explained it:

COVID has had such a large impact on all of our lives, but especially women, 51% of our population.

[In] the first wave, when the economy shut down, women were disproportionately affected, that they not only lost their jobs, but they had a very hard time getting back into the workforce, let alone finding a well-paying job.

Today, I am so proud to announce that our government will be making a $5 million investment in Sandpiper Ventures, the first all-female venture capital fund in Canada. It was established here in Nova Scotia by a number of women business leaders and entrepreneurs who want to help women access capital. Currently, only about two percent of angel investors in Canada are women. And we want to see that number grow and we want more women entrepreneurs.

If our daughters have an idea, they should be able to access capital in the same way as our sons. This fund will help women take their innovative ideas to market. It will also help develop have a development component to help women entrepreneurs.

It is my hope that this investment will leverage other public and private monies to help more women access capital and create jobs and grow our economy right here at home.

When we come out of it, we will need we will be in a position to kick start our economy and we will need everyone to be part of that kickstart. And I am so proud to be able to be part of a government that is investing in this venture capital company being led by women.

The lack of detail on the venture capital announcement — just as McNeil is leaving the job — is worth comment.

Who is Sandpiper Ventures? 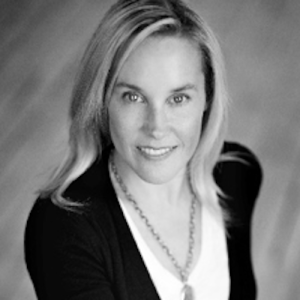 Amy Risley: the former Amy Gordinier-Regan, long-time girlfriend of billionaire John Risley (they have apparently recently married, hence the name change, although that’s news to me), and owner of Skinfix. 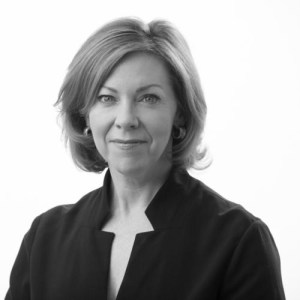 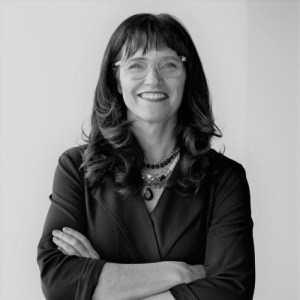 Sarah Young: Managing Partner, responsible for Atlantic Canada, at NATIONAL Public Relations, the PR firm that is cozy with Liberal governments across the country.

In a word, these women are connected.

There are other women founders, most of whom I don’t recognize, but all successful business people, although not all are in Nova Scotia.

I have a lot of questions about this: Why Sandpiper and not some other organization, or directing Innovacorp to guarantee a greater percentage of its investment support to women-owned enterprises? How will the government track the success of its “investment”? Is there a threshold for success, and would a lack of success merit returning the money? Is the money guaranteed to be invested in Nova Scotia, or might it be applied in other provinces? And more.

Access to capital is an issue. But venture capital firms are one of the most inefficient mechanisms for distributing capital possible. For one, the venture capitalist enterprise itself takes a huge cut off the top. Then, its aim is financial success for the “entrepreneur” — not hiring the most people, not opening up opportunity for employees, not providing a living wage.

In terms of access to capital for starting businesses, the single best action the province could take would be to start a provincial bank, or if that’s too radical, running all provincial accounts through credit unions dedicated to helping regular people take on small business loans.

But really, the biggest banking problem facing people in this province, including women, is the payday loan system, with its usurious lending practices that mostly affect poor and working people. The McNeil government had — still has — the authority under the state of emergency to limit interest rates on such loans, and through the years it’s been in power, the Liberal government has taken no meaningful legislative action to significantly reel in the industry. So there’s that, too.

And let’s remember that McNeil’s legacy includes very ugly public attacks against the women-dominated teaching and nursing unions, in which McNeil successfully slashed inflation-adjusted wages for tens of thousands of women.

But a more immediate question came to mind, so I asked McNeil about it. We had this exchange:

Bousquet: Premier, on your venture capital announcement. You know, we live in a capitalist economy, in a patriarchy, and access to capital is a real issue. So I don’t want to downplay that. But you framed it in terms of helping people get back to work after after the pandemic or through the pandemic.

And it’s been suggested that the biggest obstacle for women in particular getting back into the workforce is affordable child care. So why not direct that money immediately to child care to do the most help right now, and not down the road?

McNeil: So we’ve actually been applauded for the way we dealt with child care through this pandemic. We were the only government in in this country to keep child care whole. We treated our child care workers with the respect they deserve. We made sure those spaces were there and we’ll continue to do so.

But the reality of it is we need to create economic opportunity for our daughters or wives or sisters in this province. And whether we like it or not, capital is not available the same way to our daughters as it is to our sons. And I think women in this province, in this region have waited long enough.

And I’m proud of the fact that not only did our government, the first to invest in this, I’m hoping other governments do the same thing. But in no way should you think that by investing in the future of our wives and our sisters and our daughters, that we haven’t that we forgot about our children.

Quite frankly, we just finished up our preprimary program, the largest social program in my lifetime in this province, to ensure that every child gets an opportunity to grow and build. But I’m really proud of the fact that I can support my daughter, your daughter and other daughters in this province who have an idea on innovation to get to take that to the marketplace and create jobs right here at home.

This is, well, horse shit.

In the real world, child care is the primary obstacle for women entering the workforce, and successfully advancing their careers. There are other issues, but Issue #1 is child care. Period.

Five million dollars would do a lot on the child care front — it could open up more than 1,500 new child care spaces. It could reduce the cost of existing child care.

Providing more — and less expensive — child care is a far, far better generator of economic success for women than venture capitalism can provide.