You are here: Home / Featured / Bullshitter of the week: Port of Halifax 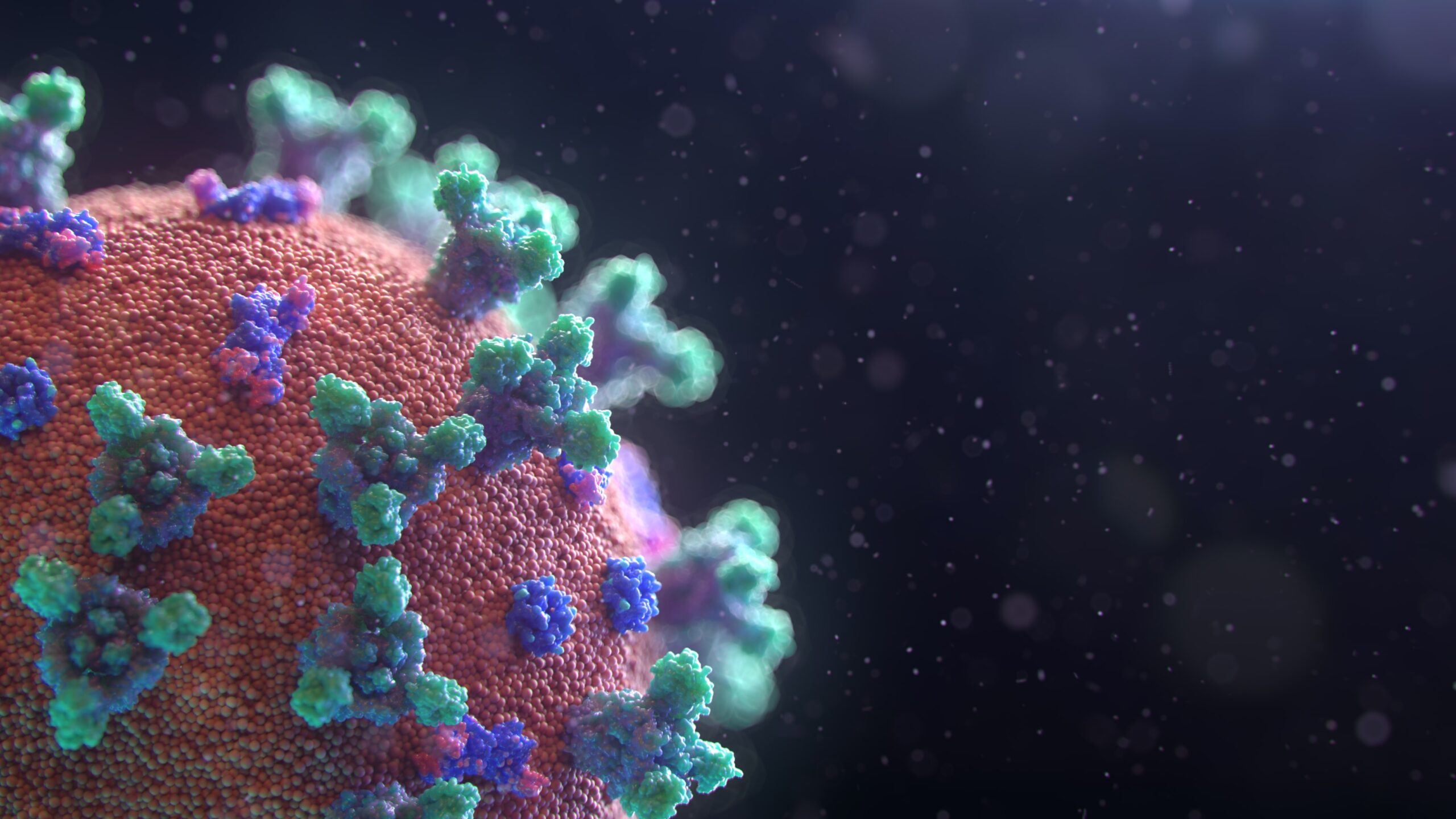 Two of the cases are in Nova Scotia Health’s Central Zone, and both are close contacts of previously reported cases.

One case is in the Eastern Zone and is also a close contact of a previously reported case.

The fourth case is in the Northern Zone and is related to travel outside Atlantic Canada.

There are now 28 known active cases in the province. No one is in hospital with the disease. 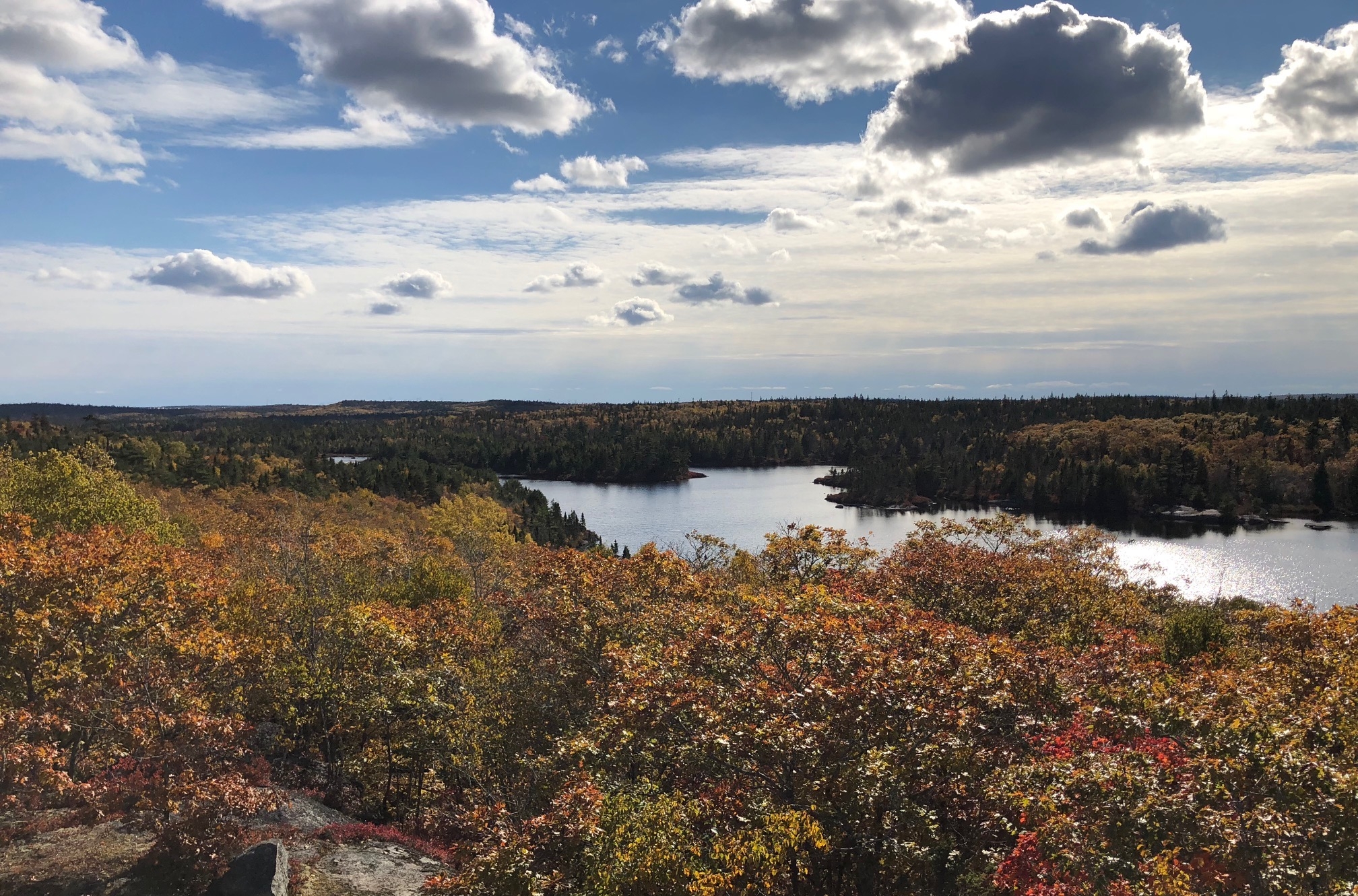 “It’s a win for the municipality and everyone advocating in favour of a park at Blue Mountain-Birch Cove Lakes, but one environmentalist warns it could bring the process back to square one,” reports Zane Woodford:

The highest court in Nova Scotia ruled in a written decision released on Thursday that Halifax Regional Municipality did not effectively expropriate a developer’s land when regional council voted in 2016 to deny development rights and move ahead with the park instead. 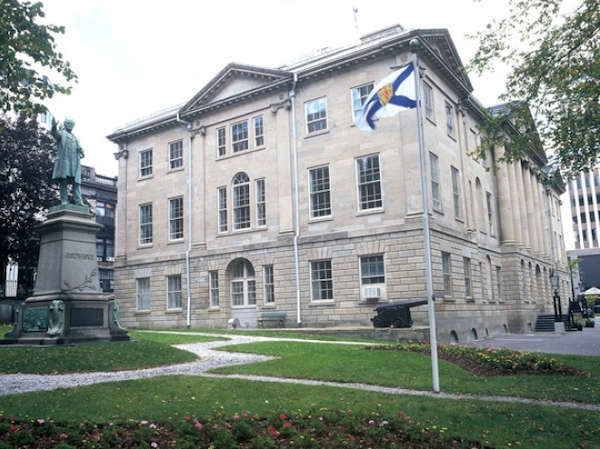 “Unbeknownst to many people — and definitely unbeknownst to me before I returned to Nova Scotia after many years of working overseas and resumed reporting here in 2016 — journalists do not have quite the same rights that other citizens do in this province,” writes Joan Baxter:

Apparently we journalists are not supposed to try to get into direct contact with government experts or scientists or officials, as other citizens can do. Rather, all journalists’ inquiries to the Nova Scotia government are supposed to go through media relations people.

This is how I learned that lesson.

“The premier of Nova Scotia says the RCMP must change how they alert the public to dangerous incidents following the high-profile arrest of a gunman who remained at large for 19 hours,” reports Michael MacDonald for the Canadian Press:

Stephen McNeil made the comment Thursday as questions arose about why it took more than three hours on Wednesday for the Mounties to request a provincewide Alert Ready message to warn residents about a manhunt that spanned two provinces.

“The RCMP has an issue when it comes to whether or not they want to use emergency alerts,” the premier said after a cabinet meeting. “They need to fix their protocol.” 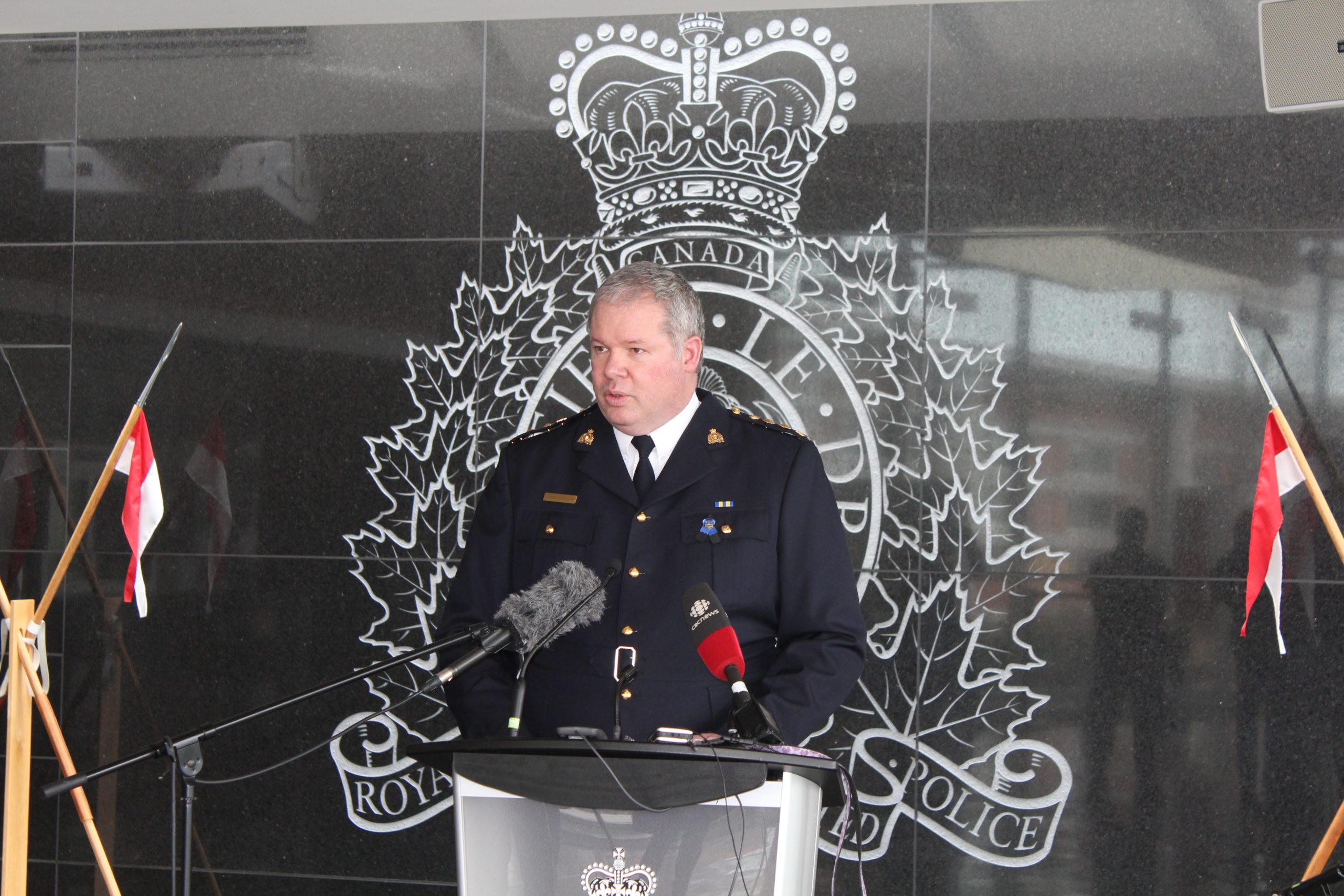 Later in the day, RCMP C/Supt. Chris Leather popped up to issue a statement. You’ll recall that Leather was ushered off the public stage after his horrendous performance after the mass murders, but I guess all is forgiven. Anyway, the statement reads:

With yesterday’s search for a man wanted in New Brunswick in relation to a shooting on January 5, 2021, an emergency alert was issued in Nova Scotia at the request of the Nova Scotia RCMP. This marked our third use of the Alert Ready system in this province.

It is clear there is political and public desire for police to issue emergency alerts. This desire manifests as demand without understanding of public safety risk or the incident. This is reflected in demands for alerts to be issued sooner and even for incidents where the alert may result in greater harm to the public or police. Public statements being made without fact undermine excellent police work and solid operational decisions.

Police are in the unenviable position of deciding on when and in what circumstances alerts are issued. These are not easy decisions, but we face them with one commitment in mind: Resolving incidents in a way that results in the least amount of risk to the public and officers. We know the desire for information when incidents are unfolding. We communicate publicly in real time and have been doing this very well for years.

It was in 2020 when emergency alerts began to be used for police incidents within Canada. As such, an emergency alert is one of the tools we now use for mass public communications. There are others including social media, websites and media relations.

With regard to yesterday’s search for the man wanted in New Brunswick, these are the facts:

A vehicle abandoned in Amherst was confirmed to be the suspect’s vehicle yesterday morning. The New Brunswick RCMP tweeted this at 9:37 a.m., following another tweet where they advised that residents should go about their daily routines. Amherst Police Department did not issue an alert as a result of the abandoned vehicle. While I cannot speak for Amherst Police Department I can say that at that time the RCMP would not have issued an alert either, despite the public and political calls for an alert.

The New Brunswick RCMP was continuing to lead the investigation and further the search for the suspect, with assistance of the Amherst Police Department and Nova Scotia RCMP. Officers in both provinces were doing police work, gathering facts, following up on leads, and speaking with suspect family members and close contacts to find and arrest the suspect. All the while continuously assessing the situation from a public safety perspective.

The behind the scenes police work that took place in order to be in a position to locate and arrest the suspect without incident was incredible and something to support rather than criticize.

When we were confident a public alert would not impede his apprehension, jeopardize public or police safety, we requested an alert be issued.

No police officer or agency can know everything about an evolving situation immediately and to imply anything to the contrary is reckless. It is our responsibility, our duty, and our commitment to the public to investigate, gather facts, determine risk, and act to protect people.

That is what was done – collaboratively between New Brunswick RCMP, various RCMP detachments in our province and with our partner agencies in Nova Scotia – and no one else was injured.

Thank you to those who continue to support us.

That last line seems a wee bit passive-aggressive, no?

5. Bullshitter of the week: Port of Halifax

It will be an innovation centre for local companies connected to shipping and transportation, supply chains and logistics, and maritime policy development to conduct meetings and collaborate among global partners, local companies, and our port city community.

I don’t know what that bafflegab means, but I can predict that a bunch of public money is about to be given to connected people who know how to sling buzzwords.

Besides that, the Seaport Market is being renovicted, with the market stalls sent to some outside space during the summer and then to Pier 22 during the non-cruise ship months.

That suggests that the Port thinks the cruise ship industry will revive and make us all prosperous forever more, amen. 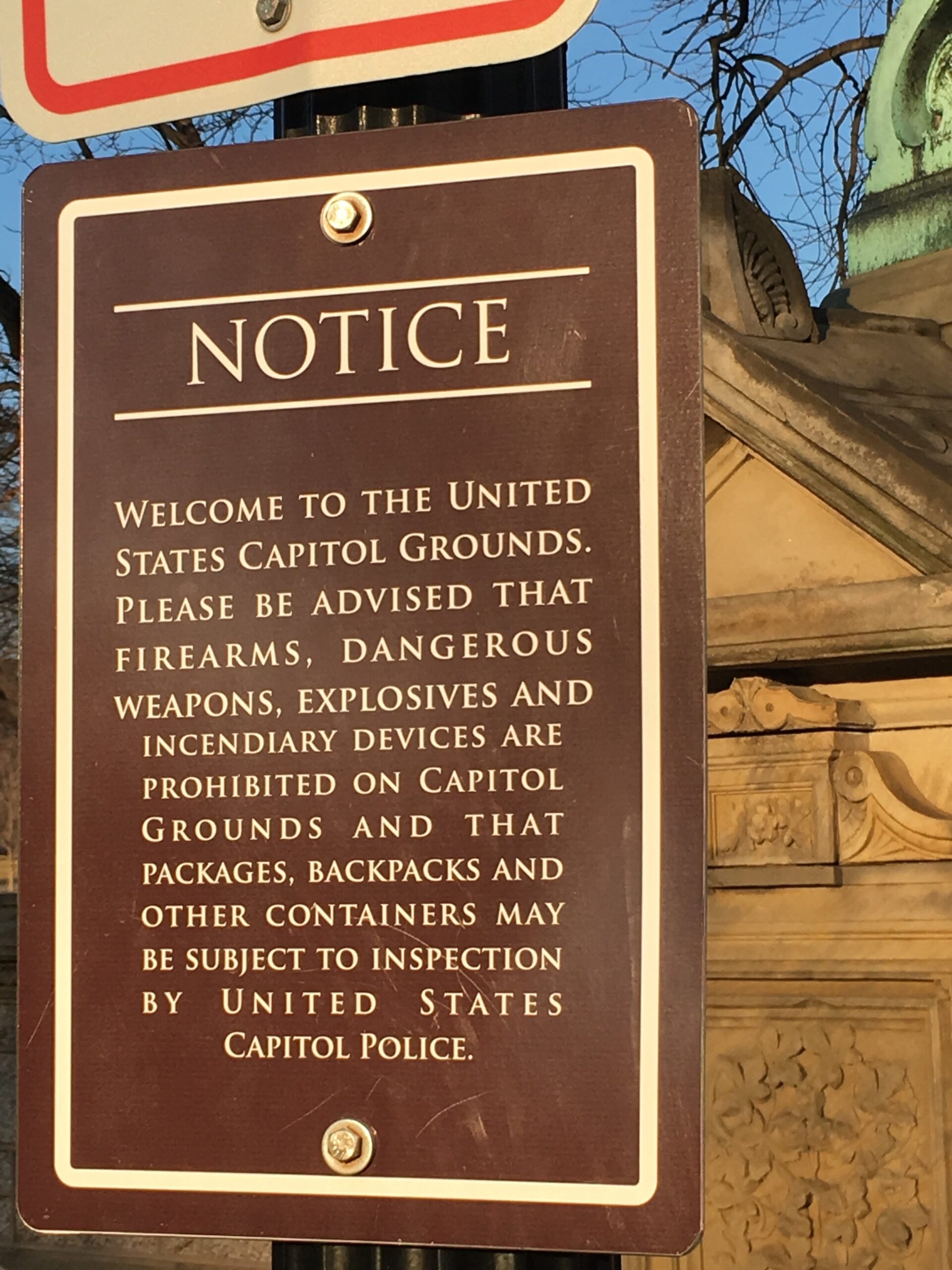 I grew up in Virginia, about a three-and-a-half drive from Washington DC. Mom grew up in DC, and my cousins still live there, so I was part of many family trips to the city. Additionally, I went on school field trips to the Smithsonian, and as a young stupid person went there to party (I saw the band Switchblade at some dingy Georgetown bar, back before Georgetown bars became too highbrow for the likes of someone like me).

So I’ve been to Washington too many times to count. But it was only a couple of years ago that I really stopped and considered the place deeply. I stopped by the city to visit my pal Paul on my way to visit Mom, and found myself with seven or eight hours to kill alone, so just wandered around on foot, walking the mall from the Lincoln Memorial to the Capitol, back to the Supreme Court, up to the White House, through and around the various government office buildings.

The architecture is designed to impress, and it does. It’s impossible to walk along the streets without feeling a sense of gravitas, of place and history, and of grandeur. This city is bigger than me, I thought, bigger than even time. There’s a sense of purpose and permanency, a project worth reverence.

Oh, I know how problematic that construction is. Many of those buildings I admired were built with slave labour. And inside those august buildings, terrible people have made terrible decisions about wars; enacted legislation that defined native people, black people, and women as not fully human; adopted tax codes that further enriched the already rich with the labour of the poor; denied basic health care to the bulk of the population; and otherwise have added to the general misery. 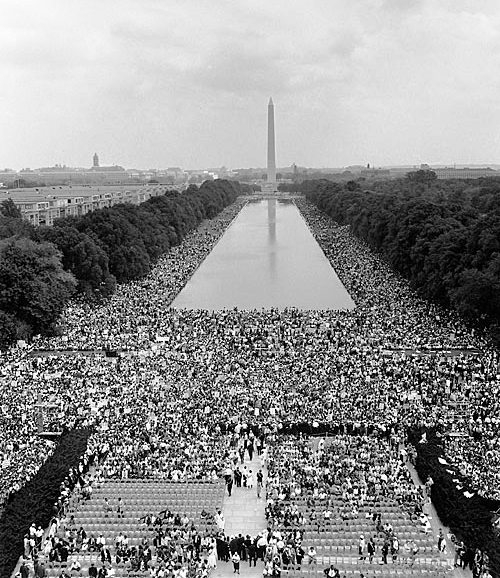 But others have known that misery greater than me, and have yet all the same embraced the purpose and promise of the ideals celebrated by that architecture. The March on Washington was in no small part about calling America out on its founding mythology. Ditto the lawyers representing the oppressed at the Supreme Court. The Black Lives Matters protestors marching past the Capitol and White House last summer no doubt had a complex and nuanced understanding of those institutions, and yet in a deep way, valued them, not for what they are but for what they represent.

And so I cannot describe the depths of disgust I felt as I watched depraved people assault the Capitol in the midst of the ceremonial peaceful transfer of power enshrined in the Constitution. Yesterday, I heard Congressman Hakeem Jeffries describe how the mob had ransacked congressional offices, stealing House Majority Leader Steny Hoyer’s poster of John Lewis, and urinated on the floor of the place. Yes, they literally pissed on the foundational institution of the country.

There can be no equivocation here, no false equivalency, no bothsiderism. This was an assault on decency, on democracy, and on the nation.

I have more to say, but I’m too angry.