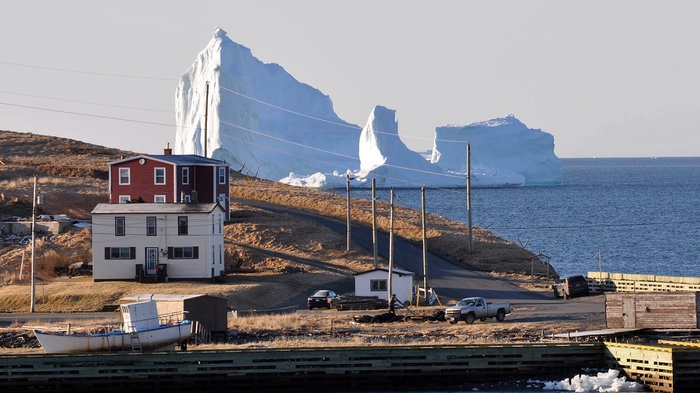 Nova Scotians will soon be allowed to drive to Newfoundland to look at New Brunswickers looking at icebergs.

“As of July 3, you will be able to move in and around Atlantic Canada without self-isolating for 14 days,” Premier Stephen McNeil told reporters on a telephone conference call after the Council of Atlantic Premiers issued a statement earlier today.

“That self-isolation period will however remain in effect for the rest of Canada and for anyone coming into Nova Scotia. This is exciting news for Nova Scotia families and for Atlantic Canadian families who have been missing loved ones or who have been unable to travel to their cottages or properties in respective provinces.”

It’s been 15 days since a new case of COVID-19 has been reported in Nova Scotia; there are two people in Halifax who remain hospitalized with effects of the disease, although they no longer are infected with the virus.

Public Health will be reassessing the epidemiology after borders reopen to determine if Nova Scotia can follow through with its intention to open the borders to travellers from the rest of Canada. That could happen during the second or third week of July, said McNeil. Newfoundland Premier Dwight Ball mentioned July 17 as a date for when other Canadians might be able to come to that province.

McNeil said no one should be travelling who is not feeling well and that anyone from a neighbouring province who tests positive while visiting Nova Scotia will be sent back after contacting Public Health in their home province. The four Atlantic premiers don’t appear to have settled on any agreed upon number of new cases that would result in closing borders in the event of another outbreak.

“We will assess the epidemiology inside our province and inside the Atlantic Bubble and if we see alarming trends and spikes with our Public Health, we will then make decisions to either isolate that particular outbreak within a province or, quite frankly, to isolate that entire province from the activity of moving about,” said McNeil.

McNeil said as more businesses continue to reopen their doors across the province, he’s reflecting on whether he should be changing his own behaviour when he’s out in public.

“I haven’t been wearing a mask when I go out because there’s usually a shield up but I’m reassessing that personally,” said McNeil. “I think it’s not too much to ask of me or the rest of us that perhaps we should be wearing a mask when we go out to a confined space like a bank, store, or restaurant to do our business. To do what we can to protect others from the virus.”

McNeil was asked when Nova Scotians will learn if a public inquiry will be held into April’s mass shootings. He declined to answer that saying, “ I’m here today to talk about the Atlantic Bubble and I’ll be happy to answer those questions the next time I’m out.”

That won’t be tomorrow — the usual weekly Thursday cabinet meeting has been cancelled.