A mentorship program aimed at getting more young Black people employed in the provincial government is entering its second year this summer.

The Black Youth Development Mentorship Program (BYDMP) gives students in grades 11 and 12 full-time summer employment within various departments of the provincial government. Each student is paired with a mentor of African descent within their department.

“I wanted to be involved because it’s a great opportunity to get involved in government, learn some different skills that help me not only in the workplace, but outside of the workplace as well such as communication, and organization,” said Alissa Provo, who started her second year of the program last week.

Provo returned to the program this year after completing her first year at the University of Ottawa where she’s studying biomedical science.

“It’s long term as well. It’s not just one summer,” Provo said. “You’re able to come back for up to four summers, so your position is there, and it’s secure.”

Expansion of the program

Provo recently spoke to a group of Black high school students at Lockview High School in Fall River about her experience in the BYDMP program.

She was joined by her mentor, Jessica Quillan, who is also the project lead for BYDMP in her position as diversity coordinator for the Department of Public Works.

Quillan said the program came about in October 2020 when senior leaders at Public Works met with Black employees in the department in the wake of the Black Lives Matter movement.

Initially, the program was supposed to be limited to 20 students working alongside mentors of African descent within Public Works.

After receiving 55 applications, however, the program was extended to include other departments to accommodate all of the students who applied. This included the Department of Health and Wellness where Quillan was working at the time. She joined the program as a mentor and ended up mentoring Provo in the program’s inaugural year.

After the program ended last year, a summary report was made and said that the program would need a lead going forward. Quillan applied for the position and got the job. 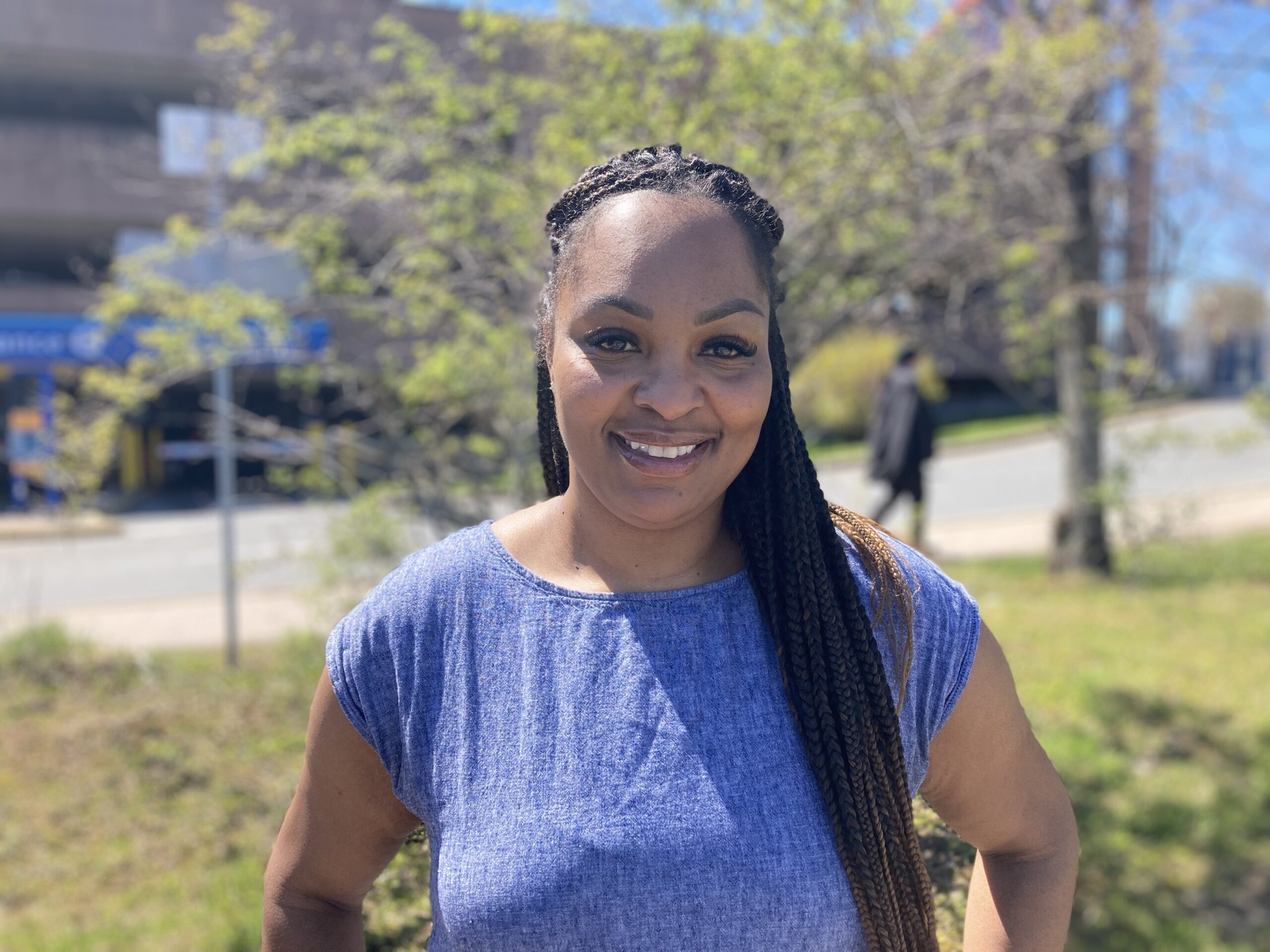 Jessica Quillan is the diversity coordinator with the provincial Department of Public Works. She’s also a mentor for the Black Youth Development Program (BYDMP) and the project’s lead organizer. Photo: Matthew Byard.

With Quillan now in charge of the BYDMP program itself, Provo is now tasked with helping her get the word out about it to Black high school students across the province.

During her chat with students at Lockview High School, Provo said the full-time position gives her “a sense of independence.” Through the BYDMP program she said she’s able to develop new skills, as well as network and make new friends with other Black students in the program.

Last year, due to COVID, the program operated on a hybrid system where Provo would work from home some days and would go into the office on other days and meet one-on-one with Quillan.

“Visually, looking at the page, there wasn’t much that made somebody of colour want to continue reading through it,” Provo said. “It was very plain, the only photo that was shown was like a white male. And the language that was used was a bit confusing … with certain words and medical terms they use.”

“I thought if it was able to simplify some of the words it would reach a larger group of people,” she said.

Students can go online and review the different positions available and must then go through an interview and hiring process. To be successful, applicants be able to able to work from July 4 to August 26.