Prisoners who are of both Black and Indigenous background report that they face discrimination in jail based on their mixed heritage.

There have recently been a number of stories about white people falsely claiming Indigenous ancestry. Jorge Barrera’s investigation for APTN established that author Joseph Boyden has no traceable Indigenous ancestors. Elizabeth Warren’s claims of being Cherokee have been comprehensively refuted by Kim Tallbear. Darryl Leroux’s research has uncovered “race shifting” among white groups in Quebec and Nova Scotia who originally had ties to white supremacist groups and now identify as Metis. 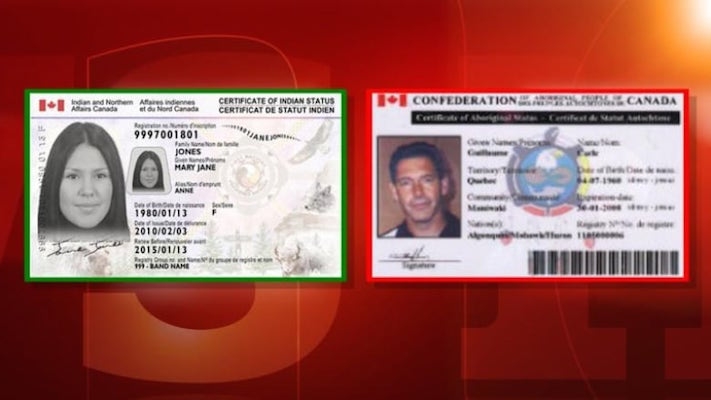 A historical strategy of white supremacy was to base its dominance on white racial purity, and subordinate other groups based on proximity to whiteness. In this racial contract, the perceived opposite of whiteness was Blackness, so one drop of actual or perceived Blackness was a marker of total sub-humanity and justified untold centuries of brutalities and social, economic, and political subordination of Black people as a way to elevate whiteness and white people.

The legacy of those centuries remain with us: justified subordination and dehumanization of a person or people based on their Blackness. Fanon called this “epidermalization.” It marks “black” as one of the worst things a person can be. So once they’re deemed Black, none of their other racial or social identities matter. 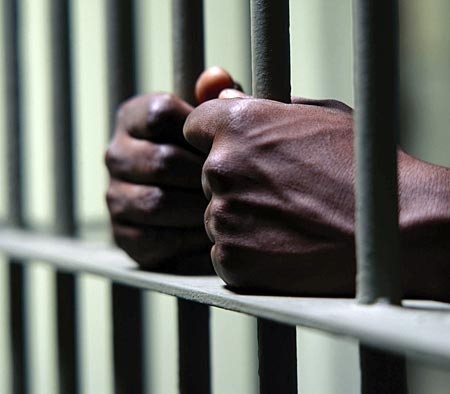 I talked to prisoners and former prisoners who identified as both Black and Indigenous during their time incarcerated. A quarter of the men and over one third of the women sentenced federally in Canada are Indigenous. Black people are the fastest growing group of incarcerated people.

Historically, there are a number of ties between Black and Indigenous communities. In Nova Scotia, Mi’kmaq communities provided assistance to Black people escaping enslavement. Mi’kmaq histories record that parents would hide their children in the Black community to protect them from residential schools. There are long histories of relationships between Black and Mi’kmaq people. In both communities, legacies of colonialism and racism mean that there is often not access to records, and family histories have been hidden and erased.

For people who “look Black” who enter the justice system, they find that their skin becomes the marker of who they are. One prisoner recounted:

I identified as Indigenous and they kept asking to see my status card. They don’t even do that for white people. If you want to follow Indigenous teachings and participate in traditional programs you can. So the elder got on the phone with my parole officer, and the parole officer said, “well, of course I didn’t believe him, just look at him.”

Because of the culture thing in prison, where there’s the white brotherhood, the Native Brotherhood and BIFA [Black Inmates and Friends Association], they’ve created a colour co-ordination…so as soon as the Indigenous guys saw me, I was with the Black guys. They never looked at it like, he’s got dark skin, but his mother is [Indigenous]. But they were accepting of me anyway, because the Black guys and the Indigenous guys stick together in prison.

A prisoner who converted to Islam in prison and also followed Indigenous religious practices found that staff refused to accept his multiple identities:

I had to go on two different hunger strikes: one for 26 days, and the other for 38 days, to receive Halal. The first one was just to get no pork because they said I was from a Black community, so therefore my family was Baptist so I was allowed to eat pork. So I went on a hunger strike and they put me in the hole. 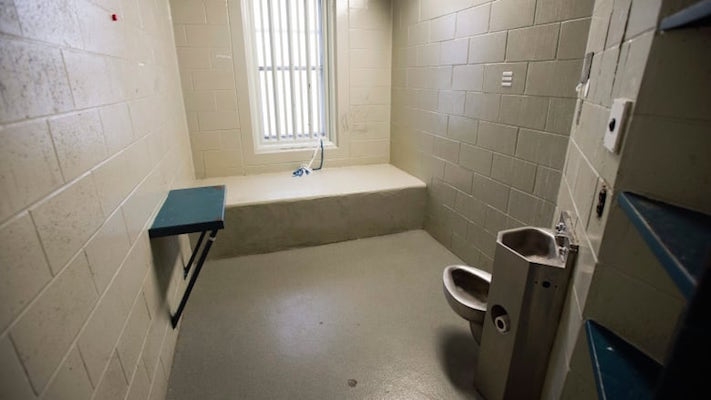 Prisoners report the widespread attitude among staff that the prisoners are just trying to hustle the system or get some advantage by saying they’re Indigenous. Despite the fact that at every point in the justice system, Indigenous people face harsher outcomes than white people, there is a perception that Indigenous prisoners get unfair benefits just for being Indigenous. One prisoner told me:

When I started following the traditional teachings, that really helped me. But they acted like I was just saying that because I wanted to get out of prison earlier. They should be offering the same programs to Black people anyway. Why don’t we have elders from our communities coming in, or programs that are relevant to our culture and experience? They don’t give us anything as Black people, but then they don’t want us to find our Indigenous culture either.

One of the most common experiences reported was not receiving a Gladue report (mandatory for Indigenous people) at sentencing. “The crown actually opposed me getting a report,” one prisoner told me.

I said I needed a Gladue, and the crown challenged it and argued that I was obviously Black. The irony is, that they say race has nothing to do with it when you’re being accused in court, but then they said look how Black he is when it came time for sentencing and I wanted my Indigenous side acknowledged.

Defence lawyers also assume their clients are Black and don’t ask if a Gladue should be prepared for sentencing. For many people, they only discovered they were entitled to a Gladue report when they met with the elder in prison.

R. v. Perry established that both a cultural assessment (a report addressing the impact of racism on Black people) and a Gladue are relevant at sentencing.

Prisoners report that while they are incarcerated they face consistent challenges to their Indigenous identity. According to one prisoner:

I’m on a Pathways unit, and whenever you have a meeting with prison staff, the elder is supposed to be present. The elder was on vacation and they knew that. They called me down to a meeting, and I went because I knew if they were doing that they were about to do something. So they told me, “you have to choose between BIFA [a Black cultural group] and Pathways. You can’t practice both.” I asked them what BIFA “practiced” because it’s a cultural group, not a set of teachings or anything. And they just kept saying I couldn’t be both.

In another incident, a prisoner reports being stopped from attending a sweat by a staff member:

A group of us [Indigenous prisoners] were going to a sweat, like we do every week. We’re wearing shorts and carrying towels. And this guard starts banging on a window asking “where are you going?” And the guys are like, same place we go every week. And he says, I’m not talking to you, I’m talking to him, and he points at me. And I was like, I have like three towels and I’m wearing shorts, where do you think I’m going? And then he started calling people and asking if I was allowed to go. 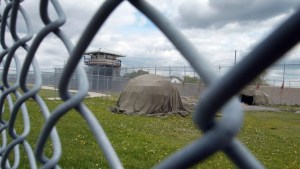 They don’t have a problem with marking someone down as “Indian” when it comes to jail. So if you want to say you’re Native, like I’ve seen so many white guys walk on the range and be like I’m from whatever reserve out in New Brunswick, and the Indigenous guys just shake it off.

Prisoners also consistently identified the lack of cultural programming for Black people in both provincial and federal, as well as the lack of Indigenous programming in Burnside in particular. People described incidents where their medicine bags were refused from family members or were opened by staff, not being able to get smudge kits and being prevented from smudging in solitary confinement, elders not being supported in the position ending up leaving, and a lack of sweats in the facility.

For the prisoners I talked to, anti-Black racism and anti-Indigenous racism intersected. As Black people, they found that their skin colour dictated how they were seen in the system. Being “seen as” Black meant that Blackness is associated with criminality, and that in the court and in prison, they experienced the assumption that they were automatically guilty, that “their culture” contributed to their criminal offence, that they are gang members, and that any gathering of Black people is suspicious.

The people I talked to are comfortable with their identities. They celebrate being from both cultures. It is the prison system that creates a conflict, suggesting they have to choose, or denying them their full being. As Anthony Morgan summarizes:

Consciously or subconsciously using skin colour to order social relations requires a primitive and facile calculus that exposes how uncivilized and brutal white supremacy actually is.