You are here: Home / Environment / Biomass, Freedom of Information and the Silence of the DNR Company Men

I’ll admit I was pretty intrigued this July when I was invited to a meeting at the Department of Natural Resources office in the heart of downtown Halifax. “I recognize that there have been challenges in providing you with the information you have requested, and that you have a number of questions for us that are currently unanswered,” read an email from Dan Davis, the department’s director of communications. “I believe the best way forward will be to have a meeting to explain the data and our processes.”

In case you haven’t been following this series, in Part 1 of “Biomass, Freedom of Information and the Silence of the DNR Company Men” I reported on what I discovered when I filed a Freedom of Information request for all the emails that resulted from my initial contact with Bruce Nunn, the DNR’s media advisor. The reason I wanted to see the email trail was because over a period of nearly a month I had been sending him questions for a piece I was doing on biomass as a source of renewable energy and I was basically getting nowhere. I wondered what was going on behind the scenes.

Since the 1950s, the DNR has reported on age class and species composition for the province and regions in periodic reports called a “Forest Inventory Provincial Summary,” where they took reams of data and made it decipherable as information for public consumption. The historical trend over a 45-year period was showing that NS forests were getting much younger, old forests were disappearing, and that species composition was changing. In the absence of any recent inventory summaries — the most recent was published in 2004 (using Permanent Sample Plot data, which is highly questionable data, to say the least) — I wanted to update that trend line so I filed a FOIPOP request for the information. My letter to Tully explains why I am dissatisfied with the result and requesting the matter be reviewed.

And this brings me to the recent DNR progress report — released on the fifth anniversary of the 2011 Natural Resource Strategy. In addition to being evidence that the forest industry and compliant bureaucrats hijacked the public will, the report is also a slick public relations campaign aimed at obfuscating some pretty significant facts.

Here’s one of the bewildering claims it makes:

We are staying true to our commitment to be transparent by sharing natural resources data on publicly accessible websites.

As if putting data on a publicly accessible website makes the data accessible to the public.

A Question of Accessibility

In July I was invited to meet with Allan Eddy, the associate deputy minister of the DNR; Chris Bailey, who works with forest inventory; and Dan Davis, the head of Communications. A big part of me was hoping the meeting would provide some sort of resolution: they’d give me the information I wanted and I could update the trend lines. But when I heard Eddy say, “We want to help manage your expectations about what information is available,” I realized this wasn’t likely going to be the outcome at all.

Instead, I learned nothing new.

If I wanted the inventory data, I could get some of it by signing a data sharing agreement and the rest by going to the government’s newly launched “open data portal.”

I explained that I didn’t think providing the raw data was equivalent to making it accessible to the public because most Nova Scotians would never even be able to open the files, let alone interpret what they contained.

Here’s a bit of the email correspondence that took place after the meeting:

Pannozzo: [In an earlier correspondence] J. Kierstead pointed me to the “open data” portal for the GIS data — but my computer is not able to open any of the file extensions (.cpg, .dbf, .prj, .sbn, .sbx, .shp, .shx), nor am I able to interpret the data. It was suggested at the meeting on Thursday that a list of consultants for hire would be provided who would be able to analyse the data for me.

DNR: They are all file components of a single data entity called a Shape file. GIS software, such as Arcview, ArcExplorer, QGIS(Free), OpenJump(Free), is needed to open them. The *.dbf file associated with the shapefiles contains all the attributes and can be opened in MS Excel.

Let’s be perfectly clear here. The government’s idea of transparency would require that I install a bunch of software, some of which I’d have to buy, just to open the files. Then in order to understand and interpret them I’d have to hire a consultant.

Several times during the meeting I raised the point that I wanted the information in a language that I could understand. Eddy offered the following analogy: It’s like somebody asking the DNR for its forestry reports in Mandarin because they don’t read English.

“WHAAAAAT??????” I thought. What I’m asking them to do is provide it in English, a language most Nova Scotians understand.

In 2001, Dan O’Connor was at the centre of what became a landmark Freedom of Information case in Nova Scotia. It was landmark because it established a high standard for government departments responding to FOIPOP requests. At the time O’Connor was the NDPs chief of staff and his lawyer was Graham Steele. Fast forward eight years and he would become Darrell Dexter’s chief of staff when the NDP formed government and Steele would become the Finance Minister. In a nutshell, O’Connor requested a government database that contained financial assessments of departments. The province denied him and he appealed to the FOIPOP Review Office. The province fought him all the way to the Court of Appeal, which sided with O’Connor. The province tried to give him a PDF file with not very much information. In the end, O’Connor got the database, with not all the info he wanted, but more than the province wanted to turn over. 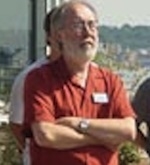 What’s interesting in the case of O’Connor, is that the appeal court upheld his right to obtain data in a format that he argued was more accessible to him or “user friendly.” The trial judge in the case wasn’t saying that all applicants “shall have their choice of formats,” but in this case the judge determined that the “user friendly” format was just as easy for the government to relay as any other format.

Is the O’Connor case relevant here?

In the meeting Eddy explained that the information I wanted — the interpreted age class and species composition information, what they refer to at DNR as a “derived product” — wasn’t something I could reasonably expect them to provide in a timely manner because it was not “aligned with the work that is ongoing.”

Two things here: First, by the time I had met with them in July, I had already been waiting seven months for the information. They certainly had lots of time. Second, how could it not be aligned with work they were doing? The DNR is regularly crunching the GIS and PSP numbers to feed into their models to forecast wood supply. How much more time and effort would be required for them to provide me with some already interpreted information?

But the point that is most relevant here is that for the good part of 50 years the DNR has been regularly reporting on the forest inventory to the public. So why not anymore?

I suspect it has something to do with the fact that the forests are in such a degraded state after years of liquidation that the DNR wants to exercise control, first over which data sets are used (GIS vs. PSP) to reflect forest condition, how forest condition is defined, and how the resulting information is spun.

Like most legislation, the FOIPOP Act states up front what its purpose is: “…ensure that public bodies are fully accountable to the public,” and to basically ensure that people can get government information. Why? It says there are three reasons: to spark informed civic participation, to ensure fairness, and to allow for differing views to be brought forward and reconciled. Specifically, it says the disclosure of government information is to “facilitate informed public participation in policy formulations.” It also states that when it comes to procedure for obtaining access, the head of the public body to which the request is made shall “make every reasonable effort to assist the applicant and to respond without delay.”

As we have seen with the latest DNR update to the Natural Resources Strategy, an informed public did exercise its will, but there was still no guarantee that the government wouldn’t betray it. The FOIPOP Act makes one thing clear: the public needs to informed in order to participate in policy formulation. Putting raw data on a Web site that only a forest industry consultant could decipher doesn’t qualify as being transparent.

A Need for Historical Reflection

Memory is a shifting and malleable thing. When it comes to the natural world we measure the changes from the recent past, with a rather myopic lens. For example, over the last four centuries everything has changed. The landscape in this province has been so dramatically altered that it would be unrecognizable to the inhabitants at that time, and yet we hardly even notice the changes. This is explained by a phenomenon called “shifting baseline syndrome,” put forth by University of British Columbia fisheries scientist Daniel Pauly. While his interest is in fish, his warnings can just as easily be applied to forests, wetlands, ice sheets, terrestrial life — to the entire living world, really.

Pauly argued that with the baselines shifting our perceptions of what is natural shifted too, making it impossible to evaluate the true social and ecological costs associated with loss. What is particularly frightening about the tendency Pauly observes is that when change is incremental over several generations, species can disappear without us even noticing because they were rendered rare first.

One of the ways to reverse this tendency is to make the historical knowledge known, and institutions that are the repositories for historical data, like the DNR, have a responsibility to not only collect and store the information but communicate it on behalf of the public so that wise policy choices can be made. Otherwise, one of these days we’ll all be surrounded by fibre farms and mistake them for forests.

With files from Laura Landon and Jamie Simpson.