You are here: Home / Environment / Bad math at Lands & Forestry 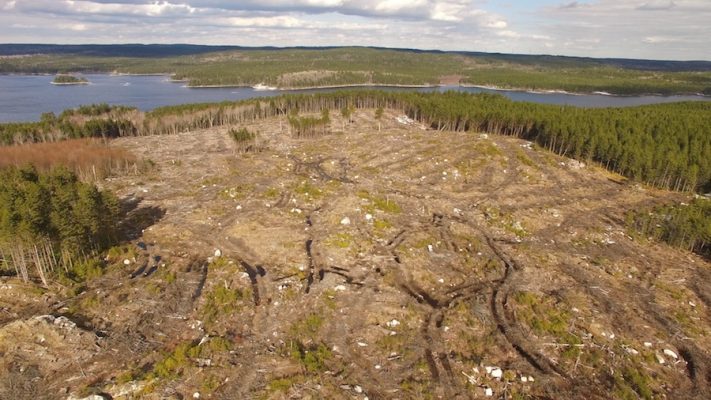 In what can only be described as a peculiar series of events, the Department of Lands and Forestry is cancelling the third year of an interim lease signed with WestFor Management Inc.

Back in 2017, the government declined to enter a new long-term lease with the WestFor companies until Professor Bill Lahey completed an investigation into clearcutting and the state of forestry. Instead, the government is issuing one-year “interim” licences to the companies.

Lahey’s investigation took longer than expected. Now, the implementation of recommendations in the Lahey Report is taking longer than expected. The slow pace of progress towards long-promised changes to forestry practices in Nova Scotia has increased scrutiny by community and environmental groups of what industry is doing in the meantime.

I requested the numbers from the government for this year’s WestFor allocation in order to find evidence to either support or debunk suspicions that companies are in a hurry to cut as much wood as possible before the implementation of changes recommended by the Lahey report. (See “Environmentalists say logging companies are rushing clearcuts near Lake Deception before new forest regulations come into effect.”)

The allocation-year starts at the beginning of October and runs through the end of the following September.

Last week, communications officer Lisa Jarrett told me the allocations had not changed. But when I insisted their own numbers showed an increase, Jarrett spent three days trying to get me a meeting with a senior manager who could sort out the confusion.

Finally, yesterday, I met with Jon Porter, the executive director for renewable resources with Lands and Forestry. He now says the increases in allocation I discovered are being cancelled and the licence re-written because the Department’s figures were actually incorrect.

Porter blames “an arithmetic error” by some unnamed person for increasing the total annual allocation.

Prior to the 2017-18 year, Porter says the 13 sawmills, pulp mills, and forestry companies in WestFor received a total annual allocation of 312,600 tonnes. He says the allocation was reduced and has remained static at 244,405 tonnes per year since the fall of 2017. (Of that, Northern Pulp receives 93,750 tonnes.)

Porter said no one within Lands and Forestry noticed, because everyone knew the policy hadn’t changed.

He has committed to provide a copy of the corrected interim licence once it has been signed by WestFor and the government.

Fortunately, Porter says no additional areas were approved for clearcutting as a result of the embarrassing error.

Porter declined to answer whether Marcus Zwicker, executive director of WestFor, or any of the member companies had questioned or reported the error to Lands and Forestry. The Examiner has received no response since emailling the same question to Zwicker after he declined to take a phone call. I also left a message with the same question for Cassie Turple at Ledwidge Lumber earlier this week but did not hear back.