You are here: Home / Featured / Atlantic Bubble likely will be postponed; 6 new cases of COVID-19 are announced in Nova Scotia on Tuesday, April 13 — all involving travellers 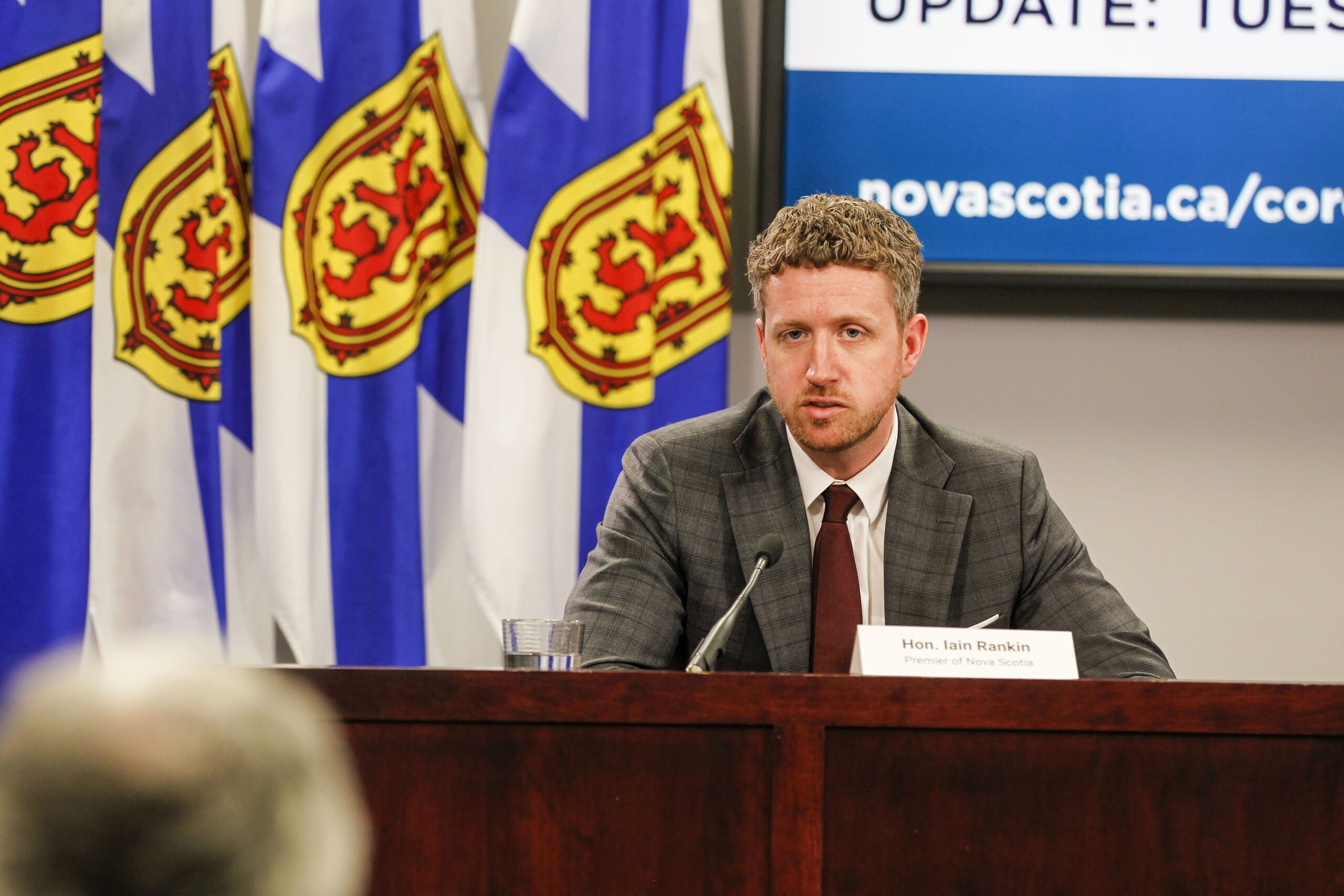 As well, he said it is likely that the creation of an Atlantic bubble, allowing travel between the Atlantic provinces without quarantine, which had been scheduled for April 19, will be postponed.

“Over the past few days, we have seen our numbers [in Nova Scotia] increase slightly,” said Rankin. “We have no sign of community spread. And that’s a result of precautions we take here, including the requirement to self isolate for 14 days when arriving in the province. As well, our COVID testing has increased considerably. So we are catching these cases. But we can’t control what is happening across our borders. In New Brunswick, we are seeing more cases in the Edmunston area, where there is a lockdown and travel restrictions. Now we are seeing some variant cases in Saint John and more worrying, we’re seeing some cases under investigation in the Moncton area. It is not believed these cases are linked to the cluster in Edmunston.“

As a result, effective Thursday, people coming into Nova Scotia from New Brunswick will have to self-isolate for 14 days.

“This is tough, I know,” said Rankin. “But it’s necessary, given what we are seeing across the border and in several other provinces where the cases are increasing rapidly because of the presence of variants — this is what we want to avoid here, an outbreak resulting from the more contagious spread. I’ve repeatedly said that my focus is on Nova Scotia when looking at alleviating restrictions within Atlantic Canada and so far our approach is proving successful.”

As for the Atlantic bubble, “we had hoped that on Monday, April 19th, we’d have the ability to move across our provinces without self isolating in the Atlantic,” said Rankin. “This is looking unlikely right now. I’m meeting with my fellow Atlantic premiers either today or tomorrow to discuss how that might look in the future. But right now, we are leaning toward pushing back the reopening to sometime in May. It’s the right move right now.”

Today’s cases are all travel related

All the cases involve travellers — five who travelled in from other countries, and one from outside Atlantic Canada.

I asked Chief Medical Officer of Health Dr. Robert Strang today for more information about those travelling, but he declined to provide it and said such details were immaterial in any case. Our exchange:

Bousquet: Dr. Strang, can you give us the lay of the land on the travellers’? It’s clear that almost all the cases now are travel related. Do we know how many people are entering Nova Scotia from outside of Atlantic Canada? How many are international travelers? What percentages are positive? Do we have a breakdown on how many are rotational workers versus temporary foreign workers versus snowbirds?

Strang: I don’t have a breakdown of all that information. We’re certainly looking at temporary foreign workers to make sure — I talked with my team today — we’re going to start looking at tracking much more closely the temporary foreign workers and what kind of what’s the results of our testing as they’re in quarantine. But I don’t have a breakdown of all the different kinds. We could probably get it. Everybody who comes in has to go through our safe check in process online, and that data is in there; we just haven’t gone through and pulled all that data out to get a sense of that. To me, it doesn’t matter where they’re coming from and what reason. If they’re coming here, they have to either quarantine or follow a strict protocol — if they’re exempted from quarantine, it makes no difference why they’re traveling — the quarantine or their exempted protocol, and the testing that goes with it, is the important piece.

There are now 45 known active cases in the province. Three people are in hospital with the disease, but not in ICU.

Four cases are not assigned to a Community Health Network, but they are in the Central Zone; I believe at least some of these are people from Nova Scotia but living in another province.

Here are the new daily cases and seven-day rolling average (today at 4.9) since the start of the second wave (Oct. 1):