You are here: Home / City Hall / Anti-Black racism in schools: still a long way to go 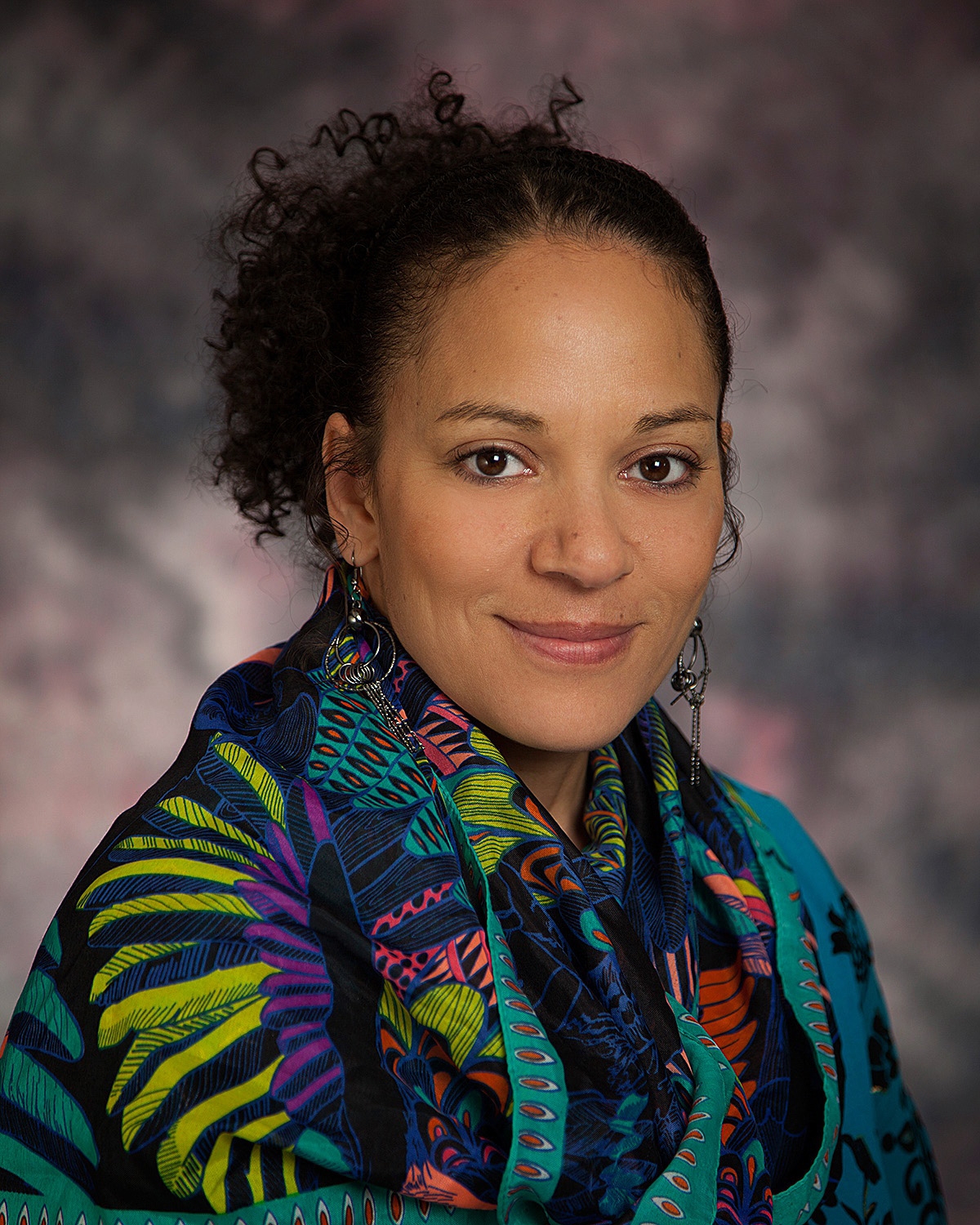 HAS ANYONE IN NOVA SCOTIA EXPERIENCED or WITNESSED “ANTI-BLACK RACISM” in the SCHOOL SYSTEM?? AS A STUDENT? TEACHER? ADMIN? EPA? STUDENT SUPPORT WORKERS? PARENT?
OUR POWER IS IN OUR COMMUNITY AND OUR COLLECTIVE VOICE!!!!!!!!!

Marsman is past-president of the Black Educators Association, and a member of the National Alliance of Black School Educators. She’s taught for 25 years and is currently the guidance counsellor at Hammonds Plains Consolidated Elementary.
She also moderates the BEA Facebook page. “We were having a conversation around racism in school, and I thought, let me post this and see what happens,” Marsman said in an interview. “We’ve been talking about anti-Black racism in all sorts of different facets of society, so I thought, OK, as a teacher, I’m wondering if anybody has shared experiences like I had coming up through the education system here in Nova Scotia. And of course, we had lots and lots of responses.”
As I write this on July 22, there are nearly 200 stories. Stories like this one:

As a parent I had my son’s primary teacher ask me during parent visitation, if “all little Black boys were mischievous because my son and the other little Black boy in her class were a handful.” When I asked her to clarify, she stated and I quote “Well you don’t work do ya dear? you could always volunteer in the class and then you could see what I mean.” When I told her I had a job she said, and I quote, “oh, good for you dear, where do you work?” When I told her that I was a high school teacher, she nearly fell off the chair, at which point I told her I would be meeting with her and her principal.

The stories come from teachers:

And as a teacher being called angry/aggressive when you speak up…having others compare their March Break tan to my skin…being asked to fix things… because apparently sitting at my desk after school working equals care taker….hearing subs call students Negro/colored kids… the list goes on.

One of most hurtful things though, and unknowingly to them; is when the teachers would give their ever so brief (realllllll brief) lessons on American civil rights, talk about Harriet Tubman or maybe Rosa Parks, but no Afro-Canadian history whatsoever… Then the teacher would close the lesson by singling me out, as the only black face I’ve seen in twelve years (asides from my own siblings), and would ask, “do you have anything you’d like to add? Maybe some stories or experiences about your family?”

In junior high my daughter was called the n word by another student. It initially shocked my daughter but later that afternoon it hit her and they got into a fight in the middle of the classroom. Both girls received a one-day in-school suspension TOGETHER in the office for a day. No liaison officer called. No supports whatsoever for my daughter.

Asked if anything about these stories surprised her, Marsman said, “Absolutely nothing. Not one thing.”

But one thing did strike her. “It’s still the same battles that we had back when I was a student and all through my teaching career.”

Some of the stories (shared anonymously, with permission), have been compiled on the website for Educators for Social Justice Nova Scotia. On the page, Marsman is quoted as saying:

To combat racism within our education system we must openly acknowledge that its very foundation is rooted in an ideology of white supremacy. Racism is in the brick and mortar of every educational institution in this province. For African Nova Scotian students, anti-Black racism has contributed to a ‘sense of un-belonging’ and a learning environment fraught with challenges. Teachers have felt isolated, unsupported and silenced in fear of being labelled ‘sensitive,’ or even worse, ‘angry and/or radical.’

BLAC became the Council on African Canadian Education (CACE), and in 2004, 10 years after the report, executive director Delvina Bernard told CBC that a third of the report’s recommendations had yet to be implemented.

The Winter 2004 edition of Ahennwa, the CACE magazine, was largely devoted to marking 10 years since the BLAC Report. In an article by Patrick Kakembo called “Taking Stock: The BLAC Report on Education,” Kakembo quotes from the 1994 report’s vision for education in Nova Scotia in 2001:

In 2001, we have an education system which is equitable,
accessible, inclusive for all learners… an education system capable and competent to work with each individual child in full recognition of their resources — social, intellectual, and physical… The system provides educational experiences that celebrate diversity; where every child is welcome and valued by sensitive teachers trained in multicultural and anti-racist approaches; …

We envision an education system which recognizes and has high expectations of all members of its society to offer and do their best; a system which recognizes the value and the rewards it receives for developing the skills and talents of every citizen… By the year 2001, Nova Scotia’s education system has become a model for other countries to consider as they struggle with racism, classism, and religious intolerance within their systems and societies.

Kakembo, whose role in the Department of Education included implementation of the report’s recommendations, notes many positive steps have been taken since the release of the report. But, he writes:

Paternalistic attitudes persist. Our education system must reflect
the ideal of equality or be openly hypocritical. Equality is the most
powerful ideal which we espouse as Canadians. African Nova Scotians must be trusted to articulate the learning needs of their community, their children, and youth. Thus Government officials
and the education system need to listen more attentively to parents
and those entrusted to advise the Government and school boards.

Bernard, in the same issue of the magazine, likens the significance of the BLAC
Report to Brown versus Education, the 1954 US Supreme Court case which ruled racial segregation of children in public schools unconstitutional.

It is our equivalent in Nova Scotia, in terms of the transformative power it eventually holds, in terms of its weight and especially in terms of its impact on Black learners in the future. It has given us decision-making roles in our education and a forum for self-determination. We now preside over programming and resource decisions more than in the past.

Marsman remembers being a student in the pre-BLAC Report days. She said Grade 10 “was the first time in my entire school career that we even had a discussion around Black history… There was a little paragraph about African Nova Scotians back then, and it was about, I’d say, maybe less than 500 words.”

Marsman joined the Cultural Awareness Youth Group of Nova Scotia, led by writer and artist David Woods. “We had our own Black History Week, and we had a TV show, we had several conferences, and [the group had members] across the province,” she said. “And it was basically our only lifeline until the BLAC Report, at which times things changed.”

Ben Sichel, who teaches social studies and Spanish at Prince Andrew High, is one of the founders of Educators for Social Justice Nova Scotia. “I wish I could say I was surprised, but, you know, I have been a teacher for 14 years. I’ve heard lots of these types of stories before from Black colleagues and from students and families,” Sichel said in an interview. “It’s dispiriting, I guess, to read them all in one place like that. But I knew that those stories were out there for sure.”

Photo from Educators for Social Justice.

He says anybody who is surprised has not been paying attention.

“I’m sure there are white people who are going to be surprised by those things. And you see those kind of reactions on social media where people are like, ‘Wow, really? I can’t believe that happened to you,” Sichel said. “The BLAC report was 26 years ago and came up with very specific recommendations. And not all of those recommendations have been implemented… African Canadian Studies and African Heritage literature courses exist because of the BLAC report, because some Black parents and community members and teachers fought to have [them] implemented in the curriculum… But, you still see that there is an over-representation of Black students on IPPs and and in disciplinary actions and suspensions.”

And while regional centres for education may have policies designed to fight racism, policy alone is not enough.

A parent shared this story on the BEA Facebook page:

My son is now going into grade 5. Since he has started at the school he has been the subject of 4-5 different racially provoked incidents (that I know about)…

This school year I had enough and went into the school to talk to the principal… She informed me about the multicultural pedagogy that the school follows and told me they are doing everything by the book. I explained to her that it wasn’t enough; my son was still a target and a victim at her school with this pedagogy in place.

“We have lots of policies that speak to anti-racism,” Marsman said. “But the policies, of course, are only as good as the teachers who are upholding and enforcing them.”

One of the first stories on the Educators for Social Justice Nova Scotia site says:

I remember 20 plus years ago, being in a staff meeting at my high school. We were discussing Anti-Racist Education (which has since been replaced with Culturally Relevant Pedagogy, two entirely different things) and teachers actually got up and walked out of the meeting in protest. They felt they were being attacked and didn’t want to hear it!!!

Marsman said ultimately, “the only real way to get at [anti-Black racism] is to be real, to rip that Band-Aid off and expose it for what it is. Call it what it is and address it no matter how painful it is. Teachers need to be properly educated around what it is and how to deal with it, how to recognize it, how to call it out. Because it’s not necessarily up to the teachers or the students of colour to do that for them. If we want to eradicate it, it has to be everybody. And it has everybody has to be on board. And it starts with believing that it actually exists, right?”