You are here: Home / Featured / Ambulance wait times are still far too long 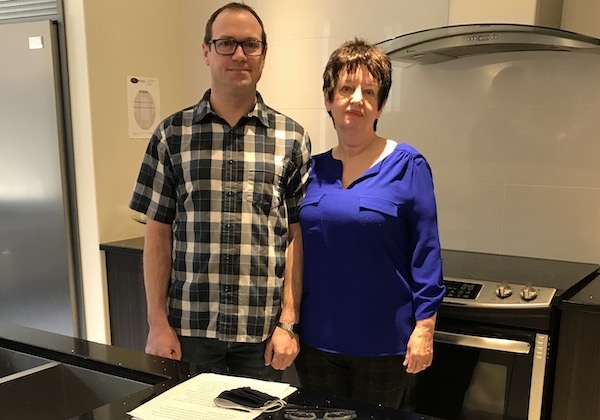 Anne MacPhee was grief-stricken and angry six months ago when her husband Kelly died in her arms half an hour after the first call to 911.

The MacPhees live just past the Armdale Rotary in Halifax — not more than 10 minutes from the Halifax Infirmary — so she was upset when it took paramedics almost 40 minutes to arrive just after 7am on September 29, 2020. Kelly MacPhee, a 79-year-old retired school principal, died from a heart attack according to his autopsy report.

“I am sure the people of Nova Scotia think that every time they call for an ambulance, there will be one immediately available,” MacPhee told a group of journalists who assembled at a safe distance in the common room of her condo building to listen to her story. “This is not the case now and sadly, Kelly’s case is not an anomaly. Our EHS system is broken. Who will be the next person to die because there is no local ambulance out there to come to someone’s assistance? The ambulance that was ultimately sent to assist us was coming from Mahone Bay (84.4km away from our home) because there were no ambulances available in the city.”

MacPhee said she is not a member of any political party and decided to come forward today after reading in February about April George, a 49-year-old woman who had a heart attack in Bass River and also died while waiting for an ambulance which took 80 minutes to arrive. MacPhee wants the government to put more money into solving the problems that have led to congested emergency rooms in HRM that prevent paramedics from off-loading patients in a timely fashion.

She has read the recommendations in the Fitch Report — a now two-year-old review of the Emergency Health Services system that said paramedics were spending so much time shuttling patients between hospitals and nursing homes they were often unavailable when called out on a true emergency. She asked whether her husband Kelly would have had a better death if the current government had acted sooner on recommendations it received in 2019 and is beginning to implement tomorrow, April 1.

“The final 30 minutes of his life were filled with terror, as he repeatedly asked, ‘where are they and what is taking so long’?,” recalled MacPhee. “Could his death have been prevented, or at least could he have died with compassion and comfort, with care provided by trained paramedics? I will never know.”

New information released today and obtained by the NDP Caucus through a Freedom of Information request demonstrates how the wait times for ambulances at Emergency Departments have been intensifying over the past 3 years. From March to the end of December 2020, here are the average times for ambulances sitting waiting to admit patients to Emergency Departments in the Metro area.

The Fitch Report recommended ambulances wait no longer than 20 minutes to discharge their patients before moving on to their next call.

“I find it startling that the average in the current year at the Halifax Infirmary is over 90 minutes,” said NDP leader Gary Burrill. “So that’s in excess of four times of the standard set out in the Fitch report. I think that is pretty striking.”

That’s not all. Throughout the province, 16 of 38 hospitals see paramedics waiting longer than the recommended 20 minute benchmark. Colchester Regional sits at 54 minutes and South Shore Regional at 38 minutes.

Here are a few of 68 changes the Fitch Report recommended which begin tomorrow, according to Health Minister Zach Churchill. Churchill has blamed the delay in implementation on contract negotiations that had been underway between the province and Emergency Medical Care, the company that operates the ground and air ambulance system. A five-year contract was signed in January.

• Policy will change to allow paramedics the flexibility to treat people at home or at the scene instead of being mandated to drive them to a hospital. This is one change to help reduce the flow to congested Emergency Departments.

• EMC will hire both a nurse and doctor to work at the Medical Communications Centre where 911 calls are answered. Their job will be to spend more time with less-urgent callers who may need advice but not necessarily a trip in an ambulance.

• To free up more ambulances to respond to real life emergencies, the Health Department has purchased four passenger vans to transfer people between community and regional hospitals, as well as nursing homes.

• The Health minister has told Nova Scotia Health, which operates hospitals in the province, to find ways to offload ambulanced patients within 30 minutes and clear patients waiting in emergency rooms within 12 hours.

No one knows how this directive, which is the same as one issued a couple of years ago, will be achieved. ERs are “the canary in the coal mine,” according to Dr. John Ross, who produced a report on their problems decades ago. NDP leader Gary Burrill has grave doubts that the measures announced by the Liberal government will go far enough to improve the service.

Burrill suggests investing more money in mental health emergency response teams to reduce the inflow of people to ERs, and, spending a lot more to provide long-term care placements that would reduce the pressure on hospital beds occupied by frail elderly with no place to go. This impacts wait times for paramedics at emergency departments if there are no empty rooms to admit new patients.

“This Liberal government spent two years hiding the Fitch report from the public and now they are doing a limited thing to try and address a systemic problem,” said Burrill. “I want to thank Anne MacPhee and her family for sharing their experience today. Long offload times aren’t just abstract numbers, they represent the experiences of people like Anne who were not able to get emergency support in the time it was needed.”