You are here: Home / Black Nova Scotia / Africa Festival of Arts and Culture returns to Halifax this week 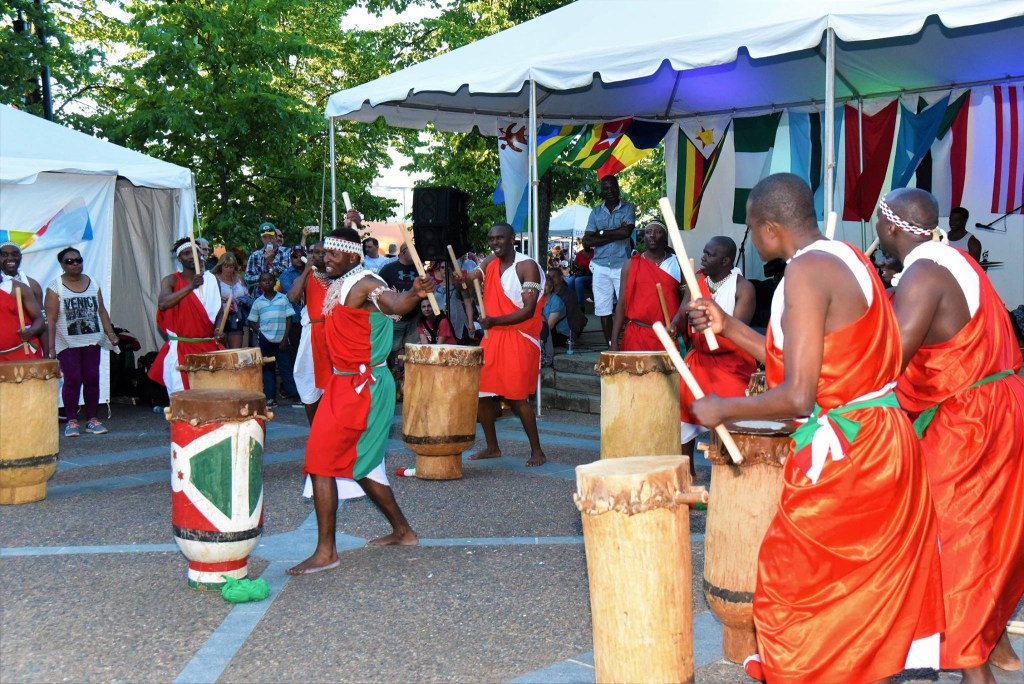 Afrifest, the Africa Festival of Arts and Culture, returns to Halifax this week, and for the first time the event will take place over four days. Now in its 13th year, Afrifest features music and dance performances, as well as African food and vendors.

The event starts on Thursday and runs through to Sunday at Sackville Landing on the Halifax Waterfront.

George Mbamalu, the founder of the Africa Festival of Arts and Culture Society that hosts Afrifest, moved to Halifax from Nigeria in the 1980s to study engineering at Dalhousie. 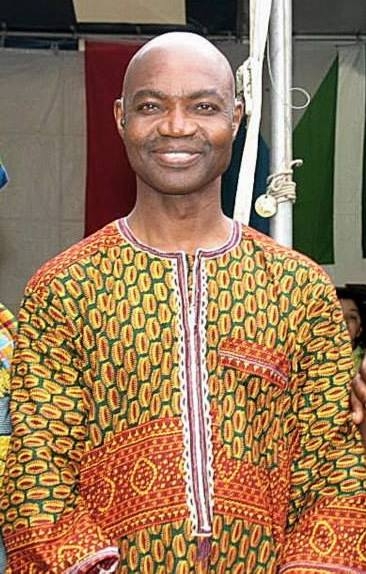 Over time, Mbamalu said more Africans started getting involved but that new rules from the organizers meant the festival started becoming more “commercialized.”

“People started having to pay to come to the festival, and businesses were buying all the space … promoting their own business, selling their own materials,” Mbamalu said. “A lot of community groups were not able to afford to compete with businesspeople.” 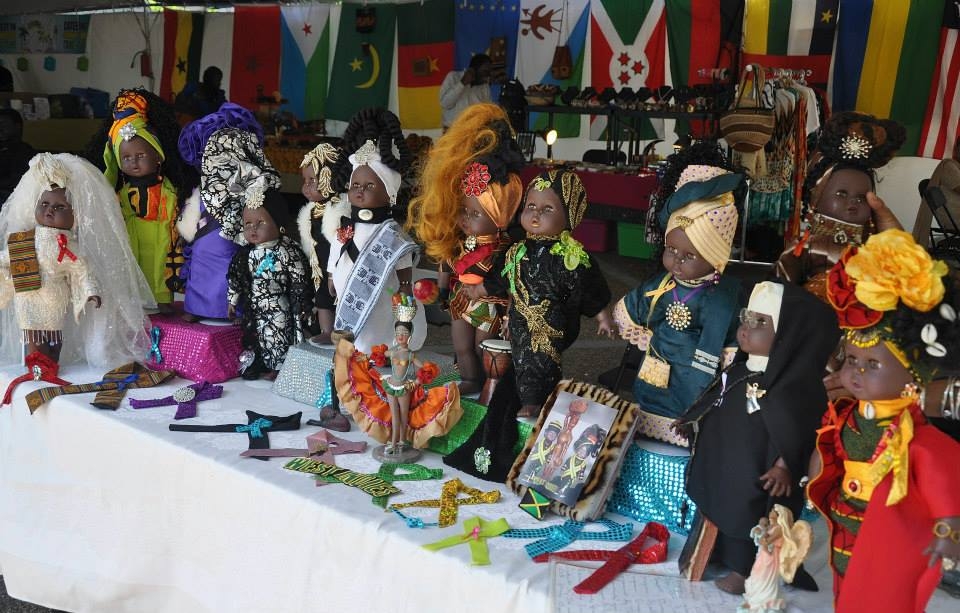 “The interest was going down. Then, at a point, I said, ‘It’s time for Africans to have something of their own.’”

Mbamalu said he was inspired by the Greek Festival.

“They started in a small church, and then every year it becomes something people are looking forward to,” he said.

“I said, ‘Look, since we arrived to Nova Scotia we don’t have anything to celebrate as Africans. Not even the indigenous Black community has anything. So where do the African people stand here? We don’t have any bearing here. So it’s better we start something of our own and then see how it can progress.”

After a few failed attempts to get something going through his own connections and the through the African Diaspora Association of the Maritimes (ADAM), Mbamalu said he went back to ANNS to try again.

“I said to them, ‘I want to hand over my presidency to someone else. But before I do that I would like our association to spearhead the creation of a festival for people of African descent.’”

“I convinced them that it would be a good idea for them to invest the little money we had in creating a festival, and then see how it turns out.” 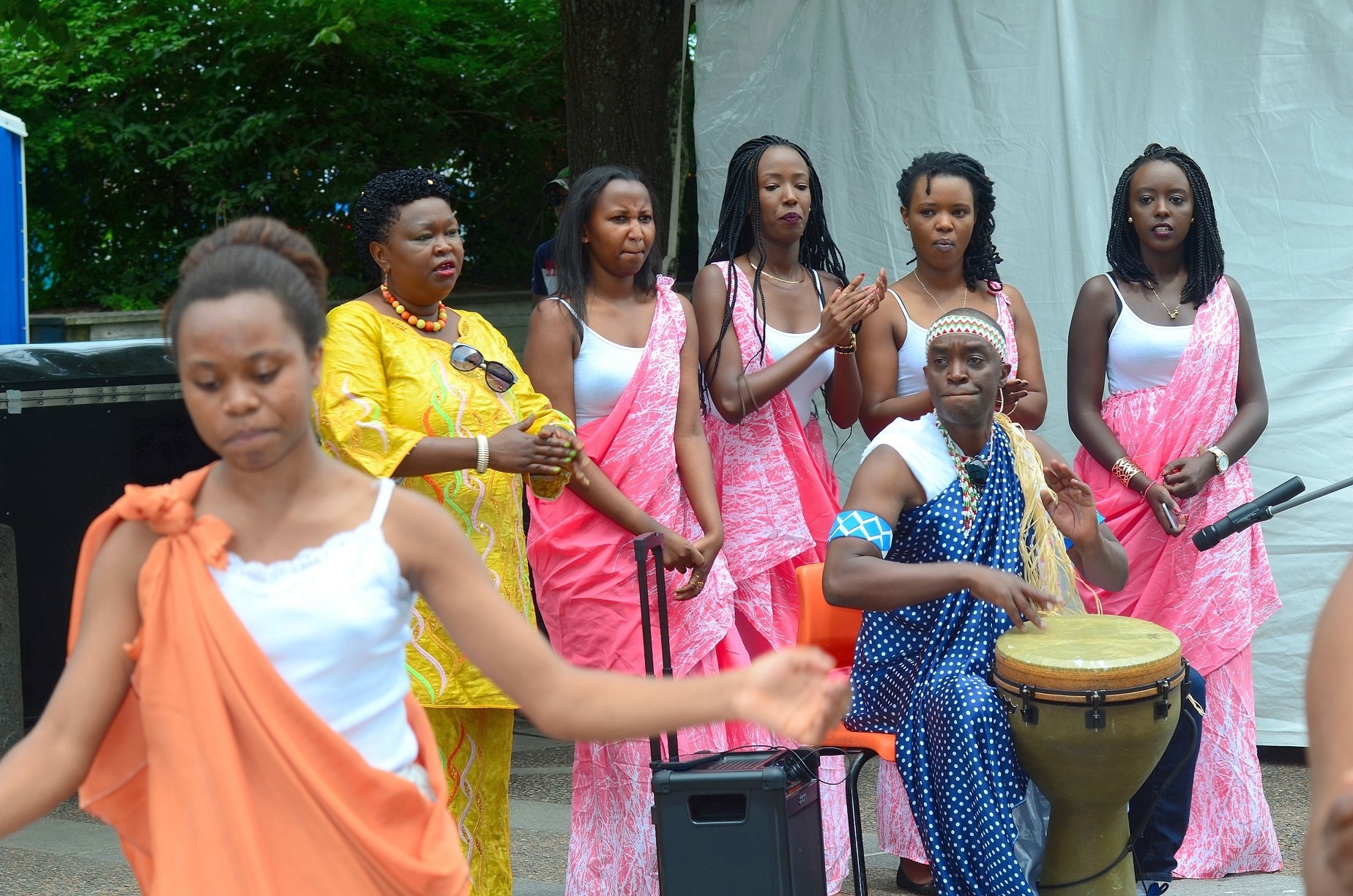 Past performance at Afrifest. Photo: Africa Festival of Arts and Culture Society / Facebook.

Eventually, he said the committee agreed to create a festival under Mbamalu’s direction.

In 2010 ANNS hosted the initial African Festival in conjunction with the Jazz Fest in a parking lot that is now the site of the Halifax Central Library. It was an eight-hour event. 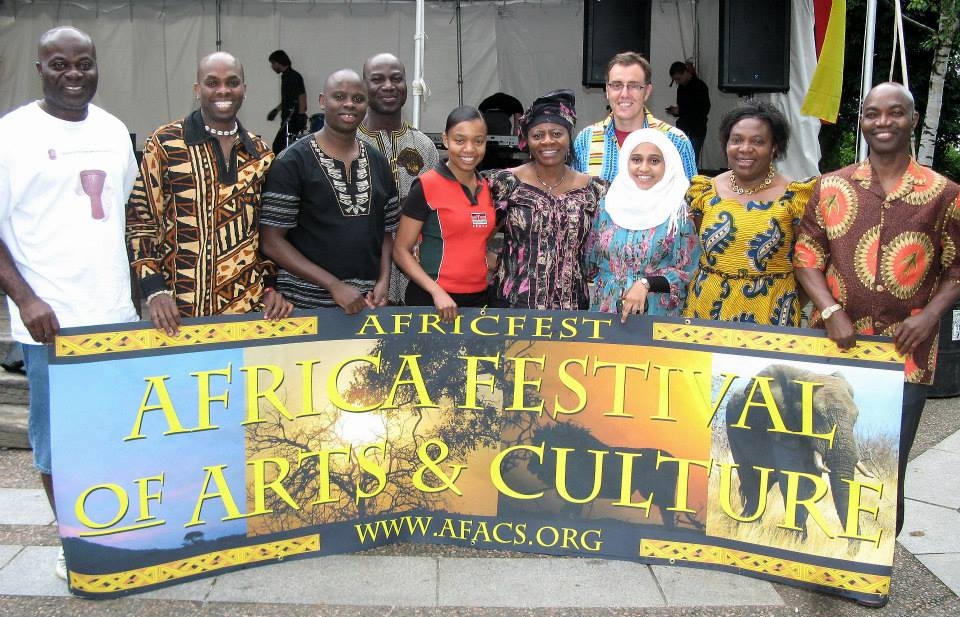 Members of the Africa Festival of Arts and Culture Society (AFACS) in 2014. Photo: AFACS / Facebook.

In 2011 they moved the festival to Sackville Landing on the Halifax Waterfront for a two-day event on the Friday and Saturday.

On that Sunday morning that year, Mbamalu said he went to the venue early to check on the condition of the venue and tents where the festival was held. He said he was surprised when he discovered people there waiting for the event to start up for the day. That inspired him to further expand the festival. So, in 2012, Afrifest returned to Sackville Landing on the Halifax Waterfront where it’s been running a three-day event ever since. 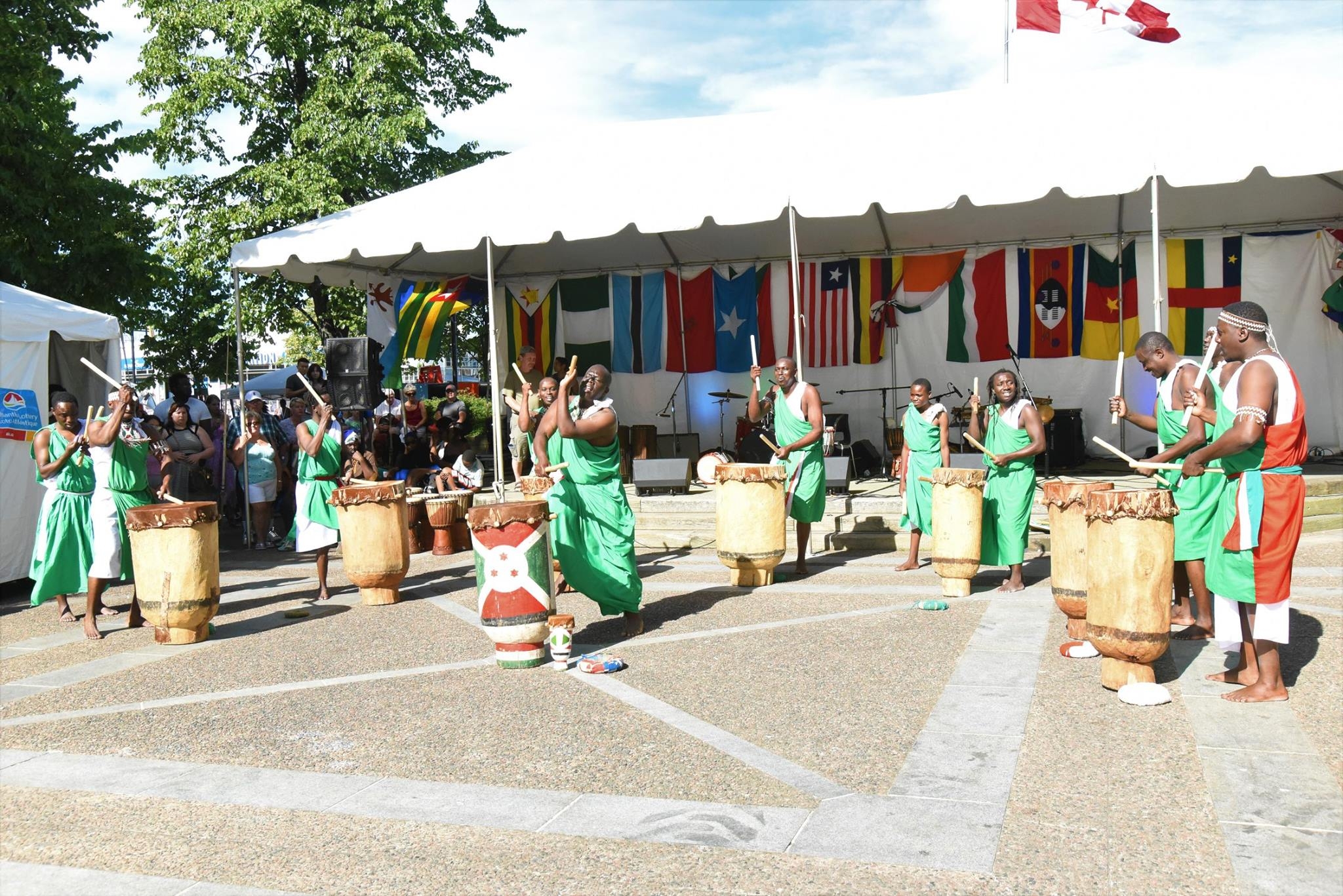 Past performance at Afrifest. Photo: Africa Festival of Arts and Culture Society / Facebook.

In addition to Afrifest, the Africa Festival of Arts and Culture Society also holds an annual event in February to celebrate Black History Month. They also published a magazine called Culturall last July.

“The festival we have is part of celebrating inclusion and diversity, but we felt that it shouldn’t be just done once a year.” 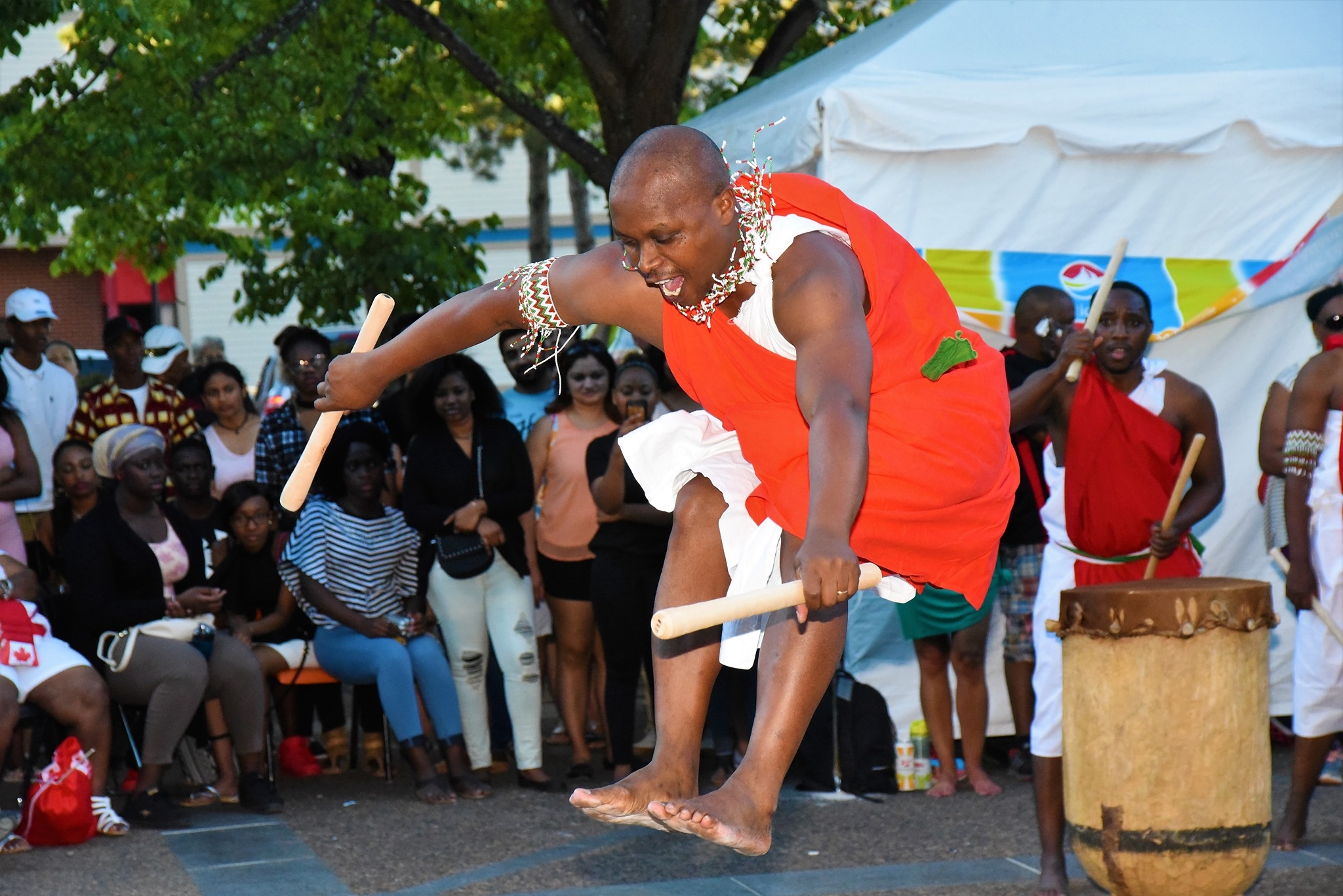 “The Culturall magazine targets Black performers and also members of the minority community … discussing issues of inclusion and diversity from personal experience, not just talking about what they heard from a textbook,” Mbamalu said.

Though they’ve yet to published a second issue, Mbamalu says they’re currently in search of a new managing editor for the magazine. The plan is to publish an issue in February during Black History Month, and another issue in July leading up to the Africa Festival of Arts and Culture.