You are here: Home / Commentary / A case of gangrene raises health concerns at the East Coast Forensic Hospital 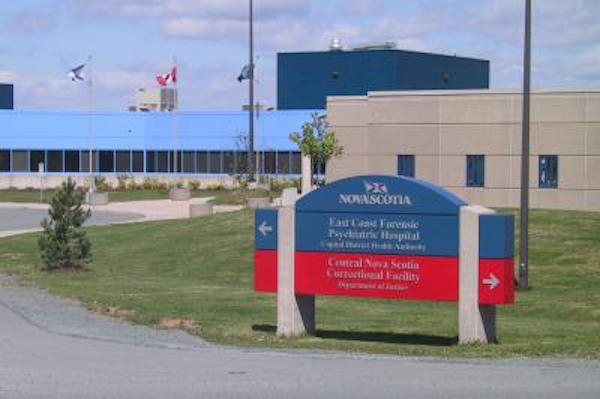 People in the mental health community who are close to family members of a 45-year-old man are speaking out after the man was admitted to hospital with gangrene in his stomach. The patient, who lives with schizophrenia, has been in and out of the East Coast Forensic Hospital for the past 20 years. Family members have requested that the man remain anonymous at present to preserve his dignity and humanity while he is being treated.

Sheila Hiles, the mother of Greg Hiles who died by suicide at the facility in August, told the Examiner in text messages that “it is nothing but horror stories” from patients in the institution. Sheila is outraged that the province refused to inquire into the death of her son. She says that her son’s case raised issues about the conditions in the facility, and this current case demonstrates the “neglect people like my son are living with every day.”

According to members of the family of the man with gangrene, while he was a patient at the East Coast Forensic Hospital, the man underwent surgery for hernias. He was placed into a “quiet room” (the hospital’s term for segregation) and nobody checked on his incisions. Despite the man’s mental health history, no nurse was assigned to monitor his wounds. He was released from segregation two to three weeks ago and discharged into the community with no follow-up. The family say his condition upon release was “horrific”; even his toe nails had not been cut.

The surgical wounds were infected, and the man was rushed to hospital where he was admitted to the ICU. He has since undergone multiple surgeries. The infection had progressed to the point that gangrene developed in the wounds. When members of the family questioned how the facility could not have noticed such a severe infection — a condition that smells like rotting flesh — they allege that they were told that people with schizophrenia do not clean themselves well, and so staff could not tell there was a problem.

Sheila Hiles says that this level of medical negligence shows that issues in the hospital are systemic, and that there is an urgent need for the province to review the medical care and conditions in the facility. Hiles messaged the Examiner:

I don’t know how they are so oblivious to the problems with the whole system over there. All the money they get to care for patients, and what happens to them? The dehumanizing way staff in that facility speak about and treat people who are supposed to be under their care is disgusting.

My son should still be alive. He would have been 40 next week, a milestone in a person’s life. And now another family has a son in critical condition. The stories about abuse at that place need to get out there and be heard.

Martha Paynter, a PhD candidate and nurse who is the founder of Women’s Wellness Within, says that unfortunately these kinds of medical conditions are common in correctional settings. She says cases like an infection escalating to gangrene are caused by systemic issues:

There is not enough attention to physical well-being and carceral facilities are known to have poor hygienic conditions. This results in circumstances that allow an escalation of harm.

What cases like this show is that it is a persistent myth that carceral facilities are an adequate health care resource for people experiencing social marginalization. When we combine the goals of treatment with punishment we will inevitably fail.

The East Coast Forensic Hospital shares a site with the Central Nova Scotia Correctional Facility (the Burnside jail). Prisoners in Burnside are reporting that a fungal skin infection is spreading through the facility. They allege that despite nurses ordering that those affected must be able to shower, prisoners who have been locked down and are in segregation have been denied showers for days. One prisoner who spoke to me this weekend from segregation said the conditions in the facility are so bad he has thought about killing himself.

Gangrene and fungal infections are preventable with adequate hygiene. That serious infections are contracted and spread in these facilities should be alarming, and has health consequences not only for prisoners, but for members of the community. Prisoners serving weekends or short term sentences in the jail, for example, can easily spread the infection to family members. Staff are also placed at risk from the unhygienic environment. Lack of access to showers or basic post-surgical care creates conditions that are easily avoidable in 21st Century Canada.

The refusal of the province to investigate these facilities even when deaths occur indicates that the neglect is not just limited to staff in the facilities, but goes to the highest levels in this province. If deaths are not enough, and patients ending up in critical care is not enough, what level of suffering should we expect and tolerate before somebody looks into the conditions in these institutions?

Advocates for the East Coast Prison Justice Society have called upon the province to review deaths in custody. Medical care and the physical conditions of the province’s jails and mental health facilities are also in urgent need of investigation. What takes place in these facilities is hidden. It is past time to listen to mothers like Sheila Hiles and shine a light.