He used that position to rail against women’s right to abortion. “In 1985,” reported the Canadian Press, “O’Neil moved to introduce a bill to amend the Criminal Code to require that every unborn child be represented by legal counsel at therapeutic abortion committees across the country.” In 1988, he told the House that “It appears that there is widespread acceptance of the notion that a mother should have the right to control her body. There is no such right.”

O’Neil was appointed to the bench by Stephen Harper in 2007.

Now, the Associate Chief Justice has awarded custody of a small child to a father with a history of domestic assault, downplayed another allegation of domestic assault against the father, implied that the mother was lying about that assault, and accused the police of misleading the court.

Since this is our subscription drive month, I’ll explain that this kind of work is what subscriptions pay for. It took a great deal of time to do the research necessary for this article — over a week while I was also working on other stories and managing this enterprise. My time is surely worth something. (For reasons I can’t go into, I couldn’t farm this story out to a freelancer, but had I been able to, the freelancer would’ve been paid more than me.) But on top of just my time, there are court and other investigative fees, insurance and legal review, web hosting and administrative costs.

While I don’t believe Baillie should have won last spring’s provincial election, he probably should not have lost either. If he hadn’t — if Stephen McNeil’s Liberals hadn’t barely sputtered across the majority finish line four long hours after vote counting began — Jamie Baillie probably wouldn’t have considered leaving a job he’d only recently begun to grow into.

Darryl Leroux, an associate professor in the Department of Social Justice and Community Studies at Saint Mary’s University, questions those claims. He’s researched this extensively (for examples, look here and here) and has a lot to say about “white settler revisionism” and “settler self-indigenization.”

I interviewed Leroux for this week’s podcast.

“More than four months after flammable siding was identified on a Halifax seniors’ tower, it’s still not clear who is responsible for putting it there or who will bear the cost of making the building safe,” reports Jack Julian for the CBC:

According to a consultant’s report obtained by CBC News under freedom of information laws, the original contract issued by Metropolitan Regional Housing Authority called for fire-resistant panelling on Gordon B. Isnor Manor during a $6-million renovation in 2011.

Instead, the aluminum panels installed on the outside of the 15-storey social housing tower were not fire-rated and were not up to federal building codes at the time.

The panels, called Reynobond PE, are the same type used on Grenfell Tower in London, England.

5. Bullshitter of the day: Karen Casey

“On September 26, 2017, Minister Karen Casey told CTV’s Steve Murphy it was through ‘meeting and talking to professionals, in the healthcare sector in particular,’ that additional spending determinations were made for the provincial budget released on September 26, 2017,” writes an unnamed public interest group in a freedom of information request.

“Please provide us with the following information,” the request continues: “i)a list of every healthcare sector professional Ministers Casey, Delorey, and Premier McNeil met with from May 31st, 2017 to Sept. 26th, 2017; and ii) the meeting schedule and subject for each instance and person identified in item (i).”

Seems straightforward. Ah, but the response:

We had great fun yesterday at the Examiner subscription drive party.

Linda Pannozzo and Stephen Kimber read from their respective books, El Jones read two poems (I’m insisting we record for broadcast the second), and Evelyn White read a piece she wrote for NPR radio. Here’s Evelyn’s original piece, which is totally worth a few minutes of your time this morning:

Bill and Joel Plaskett showed up for a set:

And Iris decorated a cake:

And everyone seemed to have a good time.

It’s too late to come to the party, but there’s always more swag available. This month, every new annual subscriber (at the $100 level) will get an Examiner T-shirt, and we’ll have other swag available on the website soon. And if you see me walking around, I’ll probably have the new Examiner travel mug with me for sale. 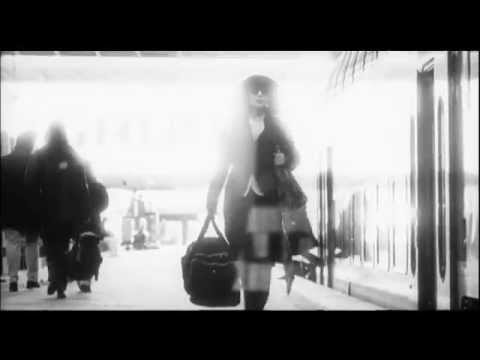 Today would be the first snowfall of the year except it’s 17 degrees.