You are here: Home / Investigation / The wrongful conviction of Glen Assoun

Brenda Way was brutally murdered behind an apartment building on Albro Lake Road in Dartmouth, NS on November 12, 1995. Glen Assoun was convicted of the second degree murder of Way in 1999, and sentenced to life in prison with no chance of parole for 18 and a half years. 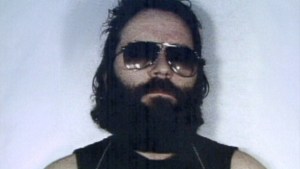 I wasn’t living in Nova Scotia when Way was murdered or when Assoun was convicted. I first became aware of Assoun’s case on the day he was released from jail in November 2014, on an extraordinary count-ordered parole.

I was quite curious about the case, and so spent the next 13 months going through court transcripts (over 10,000 pages) and interviewing people, which resulted in my “Dead Wrong” series, starting in January 2016.

I very much wanted to tell the story of the marginalized and forgotten population in Dartmouth, the drug addicts, alcoholics, sex workers, and hopeless people that are largely ignored or preyed upon by the rest of the population; Part 1 of that series hopefully gave insight to that community through the murder of Brenda Way.

There’s one element in the trial that is especially disturbing — a knife. When Brenda Way’s body was found, the police did all the usual things: taped off the murder scene, brought in the medical examiner, had dogs and investigators canvass for evidence, etc. They held the scene for almost a day. But besides Way’s body, they found nothing.

Fast forward several months, and Brenda’s sister Jane was at a party where she met a psychic. Jane told the psychic that her sister had been killed and it was all a mystery, so over the course of three days, Jane and the psychic held sessions, and at the end of that time, the psychic told Jane that Brenda had been killed with a knife with the tip missing from it.

Then, Jane went back to the murder scene — this was about 10 months after the murder — and lo and behold, Jane finds a knife with the tip missing from it.

There was no evidence on the knife — no DNA or blood or fingerprints, nothing that would link it to either Assoun or the murder — but that knife was entered as evidence at trial. I wrote about the knife in Part 2, here.

Part 3 of Dead Wrong dealt with the question, “If Glen Assoun didn’t kill Brenda Way, who did?” Note that even in 2016, I discussed serial killer Michael McGray as a suspect in Way’s murder. 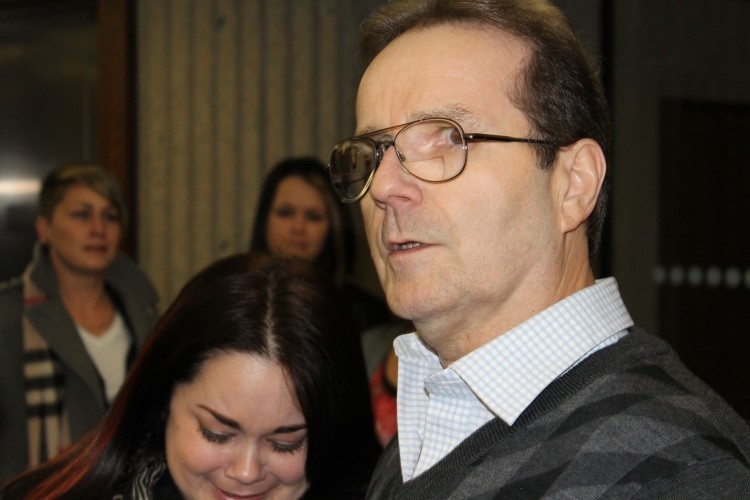 Glen Assoun and his daughter Tanya, outside the courtroom in Halifax after being released from custody in November 2014. Photo: Halifax Examiner

Assoun was released from prison in November 2014, but he still was not a free man. He was under strict conditions, including being under house arrest, wearing an ankle bracelet, reporting to police agencies, prohibited from entire sections of town, and more. These conditions remained in place while his case was fully investigated.

I wrote often about Assoun in the intervening years, mostly just to note that the investigation into the wrongful conviction was going painfully slow. One article notes that Assoun had a mental health crisis while in that legal limbo.

Assoun was finally exonerated due to the hard work of the Association in Defence of the Wrongfully Convicted, now called Innocence Canada. That exoneration came in March of this year — four and a half years after he had been released from prison.

Note that by September 2017, Justice Department lawyers had recommended that then-Justice Minister and Attorney General Jody Wilson-Raybould order a new trial for Assoun, but Wilson-Raybould sat on the file for 18 months, taking no action; during that time Assoun had his mental health crisis. Very soon after Wilson-Raybould was replaced by David Lametti, Lametti ordered the new trial, which led to Assoun’s exoneration the very next day

But even though Assoun had been exonerated, the actual court documents that explain why Assoun was exonerated were sealed. That’s why the Halifax Examiner, the CBC, and the Canadian Press went to court to get them unsealed. This cost a lot of money; I’ll provide a full accounting of it after we get the final bill for legal services.

We prevailed on July 12, when Justice James Chipman ruled in our favour and the documents became public.

Those documents show that there are several layers as to how Assoun was wrongfully convicted, which I have summarized as follows: 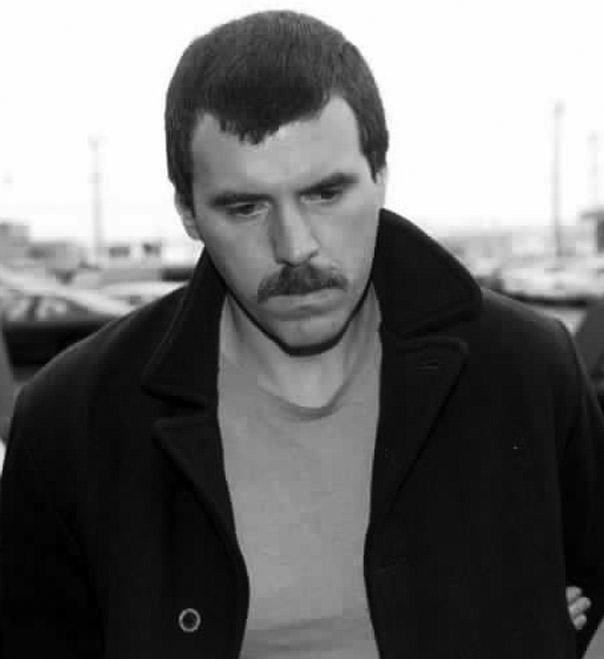 First, the police investigation into Brenda Way’s murder was shoddy, in that potential suspects were not properly investigated. These suspects include Avery Greenough, a violent man with a history of rape and attacking sex workers who lived in Dartmouth, and Michael McGray, a serial killer who lived on Jackson Road, about 100 meters from the murder site.

By March 1998, McGray was sitting in prison in Renous, New Brunswick, charged with the murder of Joan and Nina Hicks in Moncton. He was soon charged with four more murders, and eventually pleaded guilty to six murders. But he had told friends, family, and prisoner officials that he was responsible for at least 11 more murders, including that of a sex worker in Nova Scotia. Halifax police briefly considered McGray a suspect in the Brenda Way murder, and so sent Cst. Steve Maxwell to Renous to talk to McGray. Maxwell simply asked McGray if he killed Brenda Way; McGray said he didn’t, and so far as the documents relate, that was the end of it. They took the word of a serial killer.

At the same time, however, police were not taking the word of Glen Assoun, who always maintained his innocence.

So far, we’re not talking about any police misconduct, but rather simple incompetence.

Police and prosecutorial misconduct comes into play in developing the case against Assoun. To say witnesses were leaned on is to put it mildly. Here are just three examples (there are others):

“Roberta,” a sex worker who was brutally attacked by a man who claimed to have killed Brenda Way, is a confusing story. It was she who contacted police to say she believed it was Assoun who attacked her. But when she wavered, she was hassled and cajoled by investigators — repeatedly picked up for minor infractions — until she agreed to testify. Then, police put her up in the Marriott Casino hotel, with the full knowledge that she was using drugs and turning tricks out of her hotel room while she was awaiting her court appearance. Had that situation been told to the court, Roberta’s testimony surely would not have been allowed.

(There were other problems with Roberta’s testimony I won’t go into depth about here, but the physical description of the man who attacked her fits McGray, and not Assoun.)

Then there’s David Carvery, a jailhouse informant who said that while the two were incarcerated together in the Halifax Correctional Facility, Assoun had confessed to murdering Way. In return for his testimony against Assoun, Carvery’s sentence on his own drug charges was reduced from a potential five years in prison to an actual five months’ served. But on the witness stand, Carvery said he received two years’ imprisonment, a flat-out lie.

Another witness was Corey Tuma, an alcoholic. Police told Tuma that Assoun was a “cold-blooded killer,” and so Tuma changed his testimony to place Way and Assoun into a timeline that made Assoun killing Way plausible. Police put Tuma up in a hotel, too, and the night and early morning before he testified he got so blitzed drunk that Tuma now says he has no idea what he said on the stand the next day. 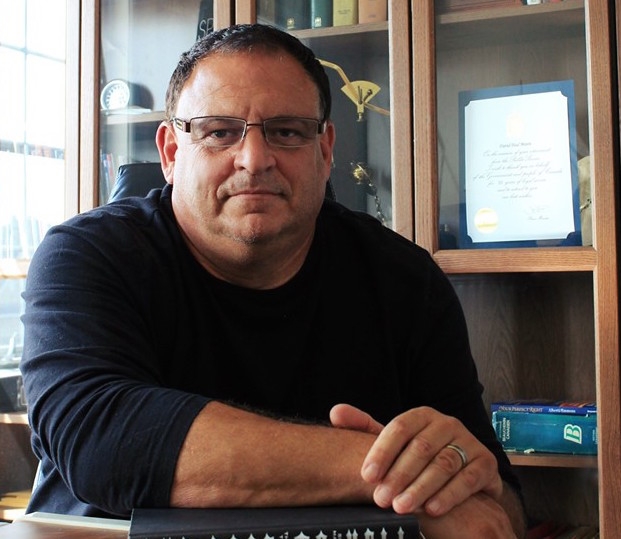 There are two intertwining timelines involved here. The first timeline is RCMP Constable Dave Moore’s building suspicion that McGray, not Assoun, killed Brenda Way. As he followed his hunches, Moore inputed data into an RCMP database and collected hundreds of documents and other evidence kept in several cardboard boxes in his office. Then he pressed his concerns up the chain of command, telling his superiors that “Glen Assoun is innocent.” They mostly ignored Moore, one officer telling him he was wasting his time as the court had already convicted Assoun.

The second timeline concerns Newfoundland lawyer Jerome Kennedy, who had taken up Assoun’s appeal. With the help of his investigator, a retired RCMP cop named Fred Fitzsimmons, Kennedy learned that there was a computer profile of McGray as a potential suspect for the Way murder, so he asked police and crown prosecutors for that computer profile.

In early 2004 Moore went on vacation, and on his return discovered that he was transferred out of his position, that the entries he had made into the computer system about McGray had been deleted, and that his boxes of evidence had been destroyed.

It appears that Moore’s evidence was destroyed because Kennedy was asking for it. Therefore, the information Kennedy requested wasn’t provided to Kennedy because it didn’t exist. As such, Kennedy couldn’t tell the appellant court that there was a strong alternative suspect for the murder that police had ignored, and so Assoun’s appeal was denied. Assoun spent another nine years in prison.

That last part was the subject of an article we published on July 21: “Dave Moore’s work could have cleared Glen Assoun of murder; here’s how and why the RCMP destroyed it.”

On July 19, we published excerpts of my interview with Assoun, “‘Prison was hell’: Glen Assoun tells his story” — in which, among other things, Assoun tells of being tortured by guards while at the Dorchester Penitentiary.

On July 27, we published “‘The only reason to go on living is so that I can kill’: a bone-chilling letter from a serial killer.”

On August 1, we published a video with comments from Dave Moore, “‘No one cares about Assoun, tsk, tsk, tsk.’”