You are here: Home / Investigation / A trust betrayed: Peter Kelly and the estate of Mary Thibeault 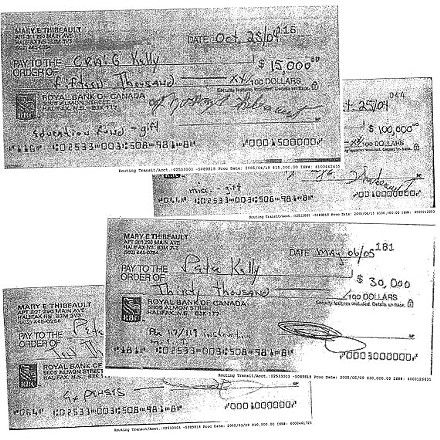 This article was published by The Coast, on February 16, 2012. It won the Don MacGillivray Award for the best investigative reporting in Canada for 2012, the Atlantic Journalism Awards gold medal winner for Enterprise Reporting (print), the Canadian Association of Journalists award for best Community News reporting, and was one of six articles in Canada nominated for the Michener Award for public service journalism.

Halifax mayor Peter Kelly has failed in his role as executor of Mary Thibeault’s will, leaving her affairs in limbo over seven years after her death as he negotiates with heirs to secretly repay the $145,000 he received. by Tim Bousquet

When Halifax resident Mary Thibeault died in her St. Petersburg, Florida, winter home, she left an estate valued at over half a million dollars and a will naming 13 people and five charities as beneficiaries. One of the beneficiaries was Halifax mayor Peter Kelly. Thibeault called Kelly a friend and valued his judgement: In addition to naming Kelly an heir, she chose him to be both executor and trustee of her will, responsible for distributing Thibeault’s wealth to the other heirs.

Thibeault’s estate is not especially complex. There are no property title disputes, and nobody has come forward to say that Thibeault owed them money before she died. Typically, such simple estates take about 18 months to work through probate—the legal process of distributing an estate—and they unfold in a straight-forward manner: the court recognizes the executor, the heirs are notified, an inventory of the estate at the deceased person’s death is taken, property is sold off, money is distributed to heirs and a final accounting is submitted to the court.

But Mary Thibeault’s estate has not moved successfully through probate. More than seven years have passed since Thibeault died on December 7, 2004, and there has been no full accounting of her estate. Some heirs have received some of their inheritance, but are expecting more. One heir has died waiting for his full inheritance, others are in ill health and one is very elderly, nearly 100 years old. Charities named as heirs have not been notified that they are to receive part of the estate, and have not received a dime.

Read the rest of this article here.