You are here: Home / Government / City Hall / Senator calls for action from Halifax councillors with presentation on anti-Black racism 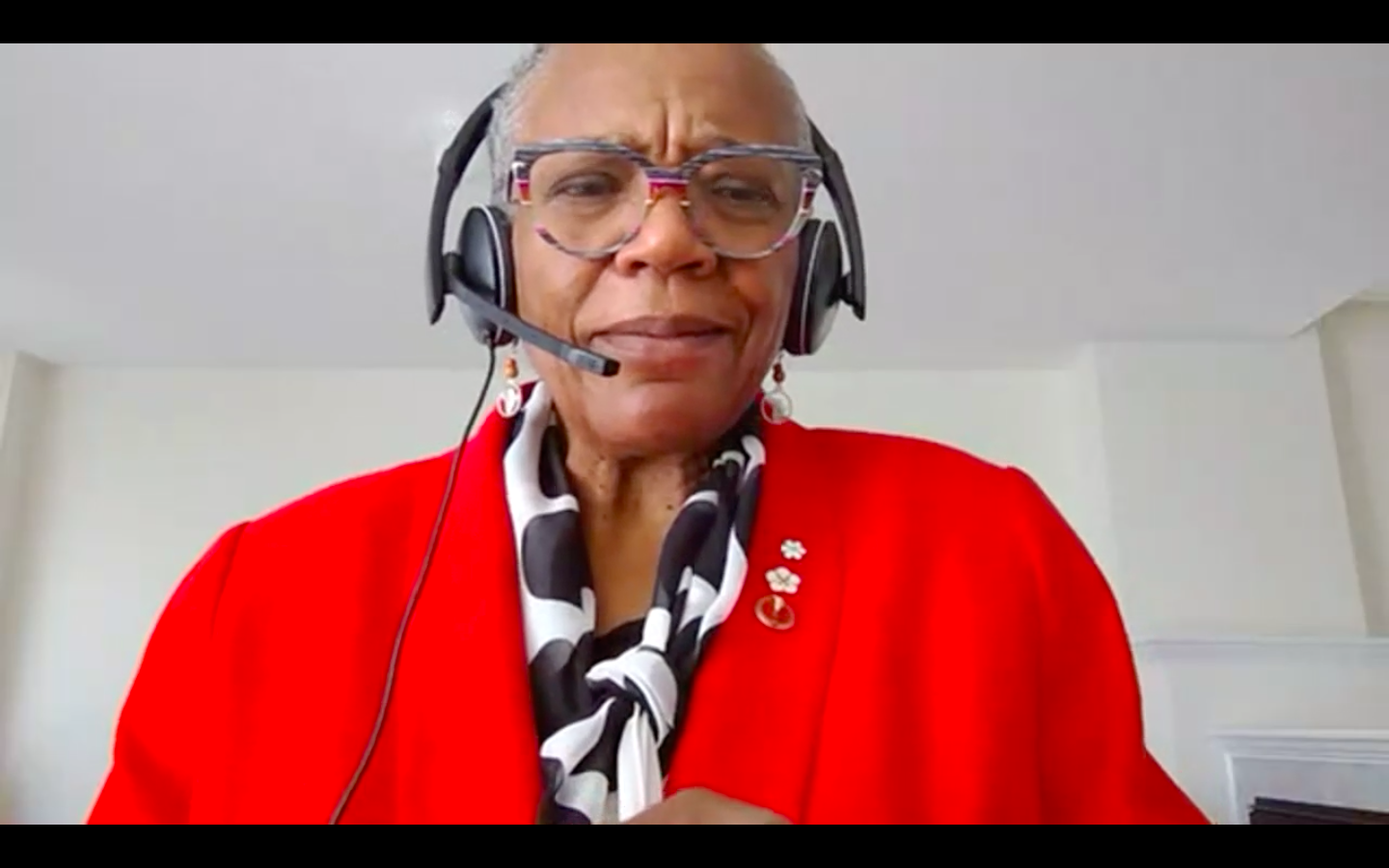 The presentation, titled “Unpacking Anti‐Black Racism in the HRM: Creating Sustainable Change for Our Community” detailed the historical seeds of current day systemic racism in Halifax — colonialism, slavery, and segregation — and went on to try to impart on councillors the deep negative effects of that racism.

“It wouldn’t surprise me to know that many of you don’t know much about the history because that history isn’t taught,” Bernard said.

Highlighting Mayor Mike Savage’s statement a few weeks ago amid worldwide protests following the police murder of George Floyd, Bernard said the city has made the right statements but needs to prove itself by following through.

Bernard listed other commitments by the municipality — including the 2010 apology for Africville and the 2019 apology for street checks.

But even though street checks have ended, Bernard said racial profiling has not, and the city has yet to own that.

Another one of the examples she gave was the 2016 Employment Systems Review — an originally confidential 139-page report that exposed widespread anti-Black racism in a since-dissolved municipal department.

A report to council earlier this year revealed that staff had previously misled council about the progress in implementing the resulting recommendations — all of which only became public after city employees protested in front of city hall.

And that report is just one example of the racism faced by Black municipal employees in Halifax. There’s also the case of Randy Symonds, who faced racist taunts at work with Halifax Transit while his tormentor, Arthur Maddox, kept his job.

“How many human rights complaints need to be filed before we recognize the real trauma people have experienced in their everyday lives?” Bernard asked.

Bernard said the city should sign onto the United Nations’ International Decade for People of African Descent — something Mayor Mike Savage said he and chief administrative officer Jacques Dubé said didn’t know they could do.

Dubé said he’d bring a resolution to that effect to the next council meeting. He also said a committee he struck looking into anti-Black racism in the city is nearly finished working on a report including recommendations for the municipality.

Another specific action Bernard suggested to council was to improve pedestrian safety in East Preston, where kids regularly have to cross a busy highway.

There’s a video and accompanying campaign aimed at improving that infrastructure, called East Preston ‐ The 7.

Later on Tuesday, council voted in favour of a motion to submit a funding request for federal and provincial money to build an active transportation trail along Highway 7 in East Preston.

Bernard concluded her presentation with three main takeaways for councillors, questions for them to ask themselves:

You can read the slide deck from Bernard’s presentation below, and a video will be available here sometime on Wednesday.