The Housing Trust of Nova Scotia is changing up its strategy, moving to sell its property on Maitland Street and buy hundreds of existing affordable rental units.

The trust, a nonprofit founded by developer and consultant Ross Cantwell in 2009, used to own two nearby properties between Gottingen Street and Maitland Street, with plans for two mixed-income apartment buildings. The plan was to have half the tenants pay market rent to subsidize the other half paying more affordable rent.

It was a fight throughout: the trust won a case at the Utility and Review Board in 2014 after some neighbouring property owners complained about the proposal; Cantwell successfully convinced the municipality to start waiving building permit fees (but not Halifax Water fees) for affordable housing developments; and then the city’s building boom and the pandemic combined to rapidly increase the cost of construction. 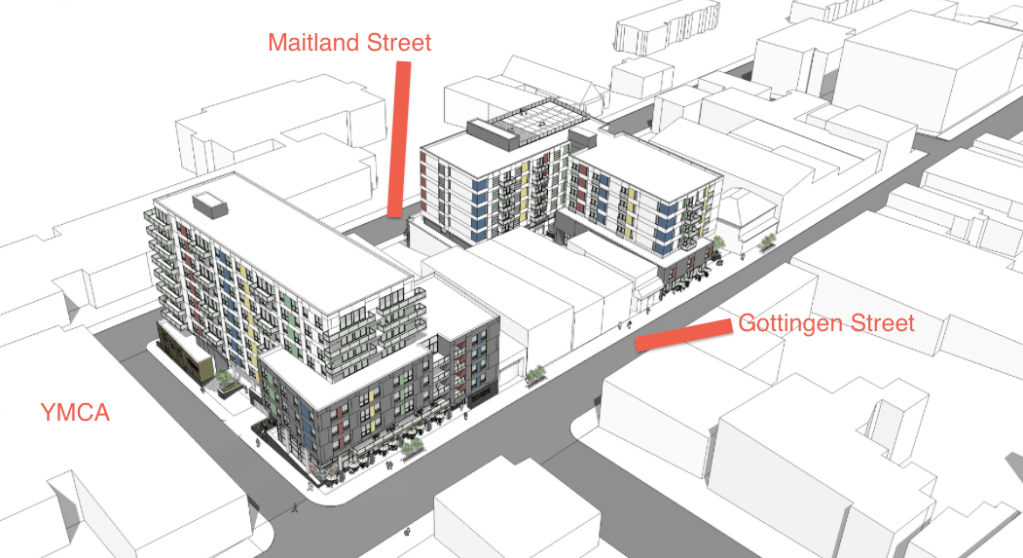 Architectural renderings of the trust’s proposed buildings on Gottingen Street. The property on the left was sold first.

And so the big plan never came to fruition, and last year, as Taryn Grant reported for CBC, the trust sold one of the two properties for $6.5 million. At the time, Cantwell said he still hoped to build on the other property.

Now the trust is selling that, too. 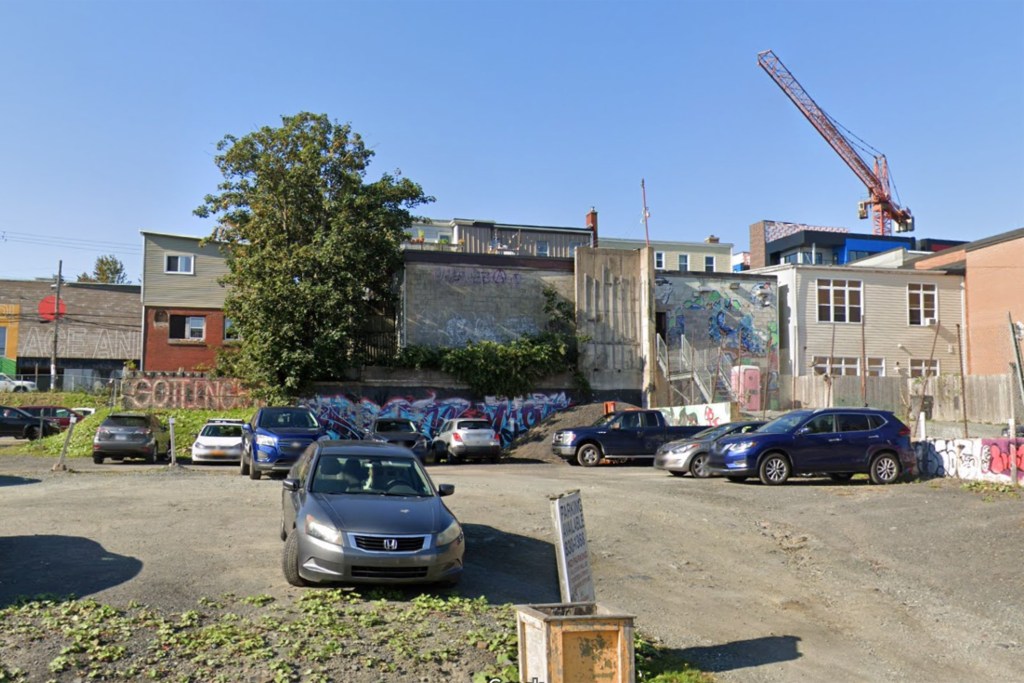 “We expect that a private developer will take title to that property and develop it and hopefully work with the different government programs to have some number of affordable units, but we can make a bigger impact by picking up existing units,” Angela Bishop, strategic planner with the trust, said in an interview with the Halifax Examiner.

“We’re looking at existing buildings, 30 to 40 years old, that have more reasonable rent structures due to their age. We’re not looking at the cost structure that’s associated with new development. And when we acquire those assets, we’re going to be able to maintain the levels of affordability and essentially bring an asset from the private sector into the nonprofit sector where its affordability is, of course, better protected.”

There’s a deal in the works now for the trust to buy “several hundred” units from one seller. The buildings are “in walkable communities close to little economic centres” across HRM. The sale is expected to close early this summer.

“We think that’s the best way to make good use of our resources, both time and the equity that we have,” Bishop said.

Bishop said there are buildings like these in cities across the country, “little gems” that have been owned by one family for decades. When the owners decide to get out of the business, they typically get sold to another landlord.

“Usually, because of the age of the buildings, they need to go in and do repairs and maintenance and along with that, rents have to go up to cover the investment in the private sector,” Bishop said.

“In our model, we will avoid that. We will have no renovictions, and we will not be dislocating any anyone.”

Rents will be geared to tenants’ income, Bishop said, and they’ll be kept affordable in perpetuity.

Cantwell has long compared the trust to the Nova Scotia Nature Trust, of which he was the first president. The same way families donate land to the nature trust, Bishop said people can donate rental units.

“Really we want to get our name out there too, so that when a family or an entrepreneur decides to sell their units, and they also want to have a long-term impact in the community, that they call us because we can bring that asset into the community sector,” Bishop said.

The trust is hoping to work with the three levels of government to make its purchases go further.

To that end, Coun. Sam Austin brought a motion to council in March for a staff report on covering deed transfer tax on the sale through a grant.

“I think there’s a tremendous opportunity here in terms of having a significant impact on affordable housing. We’re being asked to contribute a small amount to that,” Austin said.

That motion passed unanimously. It’s unclear when the staff report will come back to council.