You are here: Home / Government / City Hall / Dartmouth residents raise concerns about development next to wetland 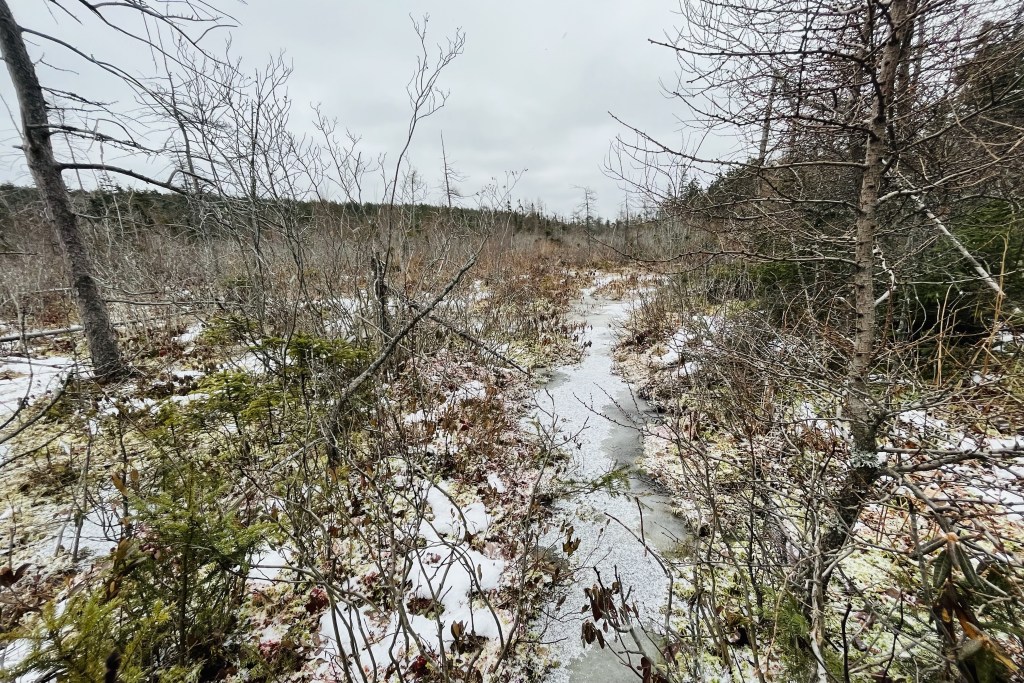 The municipality held the virtual meeting to get the community’s feedback on what it calls the Southdale Future Growth Node, the area between Woodside and Highway 111 containing the Eisner Cove Wetland. There were more than 60 people online, a few more on the phone, and 15 people spoke.

The land was identified as fit for development during the Centre Plan process, and Clayton Developments and Zzap Consulting submitted a proposal on behalf of the owner, A.J. Legrow Holdings Limited, in the fall. They’re looking to build a full community in the area, with 700 homes ranging from apartment buildings to single-family homes, along with a new road network. 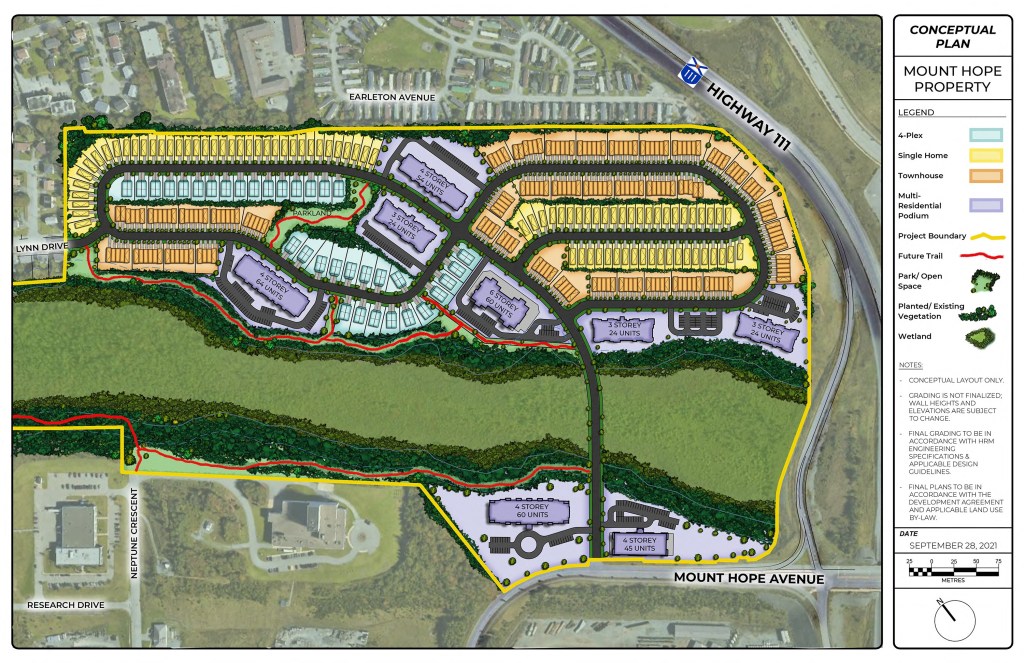 There’s also now a second proposal from A.J. Legrow for the smaller parcel of land at the corner of Fenwick Drive and Research Drive for three four-storey buildings.

As the Halifax Examiner reported last month, council voted to start a master planning process for the area, but there’s concern that development could destroy the wetland:

[Biologist David] Patriquin noted that the proposed development “lies on land sloping into the wetland on both sides.”

In an interview, he told the Halifax Examiner that it looks from the plans like the buffer zone in the site plan is only 20 metres — not enough to protect the wetland. Even a 100-metre buffer wouldn’t keep road salt out of the wetland, he said.

“The housing development is going to destroy it. There’s no question about it,” Patriquin said.

“It should not be developed, especially on that sloping line.”

Bill Zebedee, a nearby resident and a member of the Protect Eisner Cove Wetland Society, said he thinks the proposal looks like a well-designed community, but he doesn’t think it belongs here. Zebedee launched an online petition that garnered nearly 700 signatures by Monday night, and said trees were being cut down on the property already.

“With the developers’ actions so far, I question whether we should be trusting them to protect the wetland at all,” he said.

“Property owners are noticing with the levelling of the trees more and more animals who call the woods home coming out and foraging for food in larger numbers than we’ve seen. As a statement, I wonder what will happen to the deer, the fox, the pheasants, and those garbage bandits looking for a pork chop to eat.”

Tara Lapointe agreed there were more animals roaming the area since the developer started clearing trees on the site, and argued the municipality couldn’t afford to lose the wetland, given its potential to capture and store carbon.

The developers don’t think the wetland is an issue.

“From our perspective, we feel this is an absolute fantastic location for future development,” Kevin Neatt, vice president of planning and development at Clayton, said.

Connor Wallace, planner at Zzap, said the developer had a contractor complete a land suitability assessment that found there are no species at risk in the area and it’s “not specified as a wetland of significance by Nova Scotia Environment.”

Clayton’s vice president of operations and engineering, Scott MacCallum, said the developer has built roads overtop of wetlands before, saying it crossed a bog in Cole Harbour with “great success.” MacCallum said the road will be a causeway, not a bridge.

Susan Van Iderstine, an area resident, said she doesn’t think it’s possible to build this development without destroying the wetland.

“We have to think so carefully about these decisions,” Van Iderstine said. “If we lose the wetland, if there’s one small miscalculation or someone who didn’t follow something up and it’s gone, then we’re losing something irreplaceable that sequesters carbon, that purifies our water, that cleans our air for everybody, that controls the excess heat that is created in an urban area.”

Joe Migrone said he doesn’t think it’s worth it.

“I question the narrative, that we have this dichotomy between affordable housing and potentially destroying the last little bit of a wetland that was at one point much larger but has been whittled down over the years,” he said.

The developers aren’t even proposing affordable housing, despite their clever use of the phrase “attainable housing” to describe market-based housing.

“We just want the average income to be able to afford a home, so that’s what this plan is directed towards. Some call it attainable, some call it affordable. Affordable has all sorts of connotations attached to it, so I’m careful when I use that word, but I would say more affordable, which is why I say attainable.”

“Do you believe that these prices are actually attainable for people who live on the streets, live in their cars, or even the people that have set up homeless camps in the woods that you’re now destroying? I can tell you as somebody who’s been homeless that they are not attainable. These people, the most in need of housing in our community, will once again be ignored.”

Neatt said it was too early to put a number on rents or prices for the Southdale homes, and told Zebedee he was working with the three levels of government to figure out how a “true” affordable housing component could be part of the development.

There were no decisions made Monday, and the proposal still faces multiple rounds of feedback, including a public hearing at regional council. There’s a survey available at shapeyourcityhalifax.ca/southdale-planning.