You are here: Home / Featured / You’re adults now, and this is an actual crisis

The chain pickerel, aka the freshwater barracuda.

Chain pickerel first spotted last year in the water systems of Kejimkujik National Park are now spread throughout the park, reports Paul Withers for the CBC.

“It’s kind of like a bad dream and it just keeps getting worse,” said Chris McCarthy, a Parks Canada resources manager.

Once established in a water system, chain pickerel quickly take over. They eat everything they can — other fish, reptiles, frogs, dragonflies, even ducklings.

Withers, who has followed the chain pickerel for years in its progress through the river systems of Nova Scotia, talks about the plans in place to help prevent the “freshwater barracuda” from taking over. Parks Canada is putting in stricter fishing rules, asking fishers to keep any chain pickerel and smallmouth bass they catch and hand them over to Keji staff.  They’ve also invested in an electric fishing boat, which will be used in protected “sanctuary” lakes to stun large amounts of fish so that chain pickerel can be removed.

Invasive species are one of the five main factors listed in the recent report from the UN’s Intergovernmental Science-Policy Platform on Biodiversity and Ecosystem Services, which warns that globally we are now facing the extinction of 1,000,000 species, possibly within decades. The report ranks, “the five direct drivers of change in nature with the largest relative global impacts so far. These culprits are, in descending order: (1) changes in land and sea use; (2) direct exploitation of organisms; (3) climate change; (4) pollution and (5) invasive alien species.”

Councillors approved first reading of bylaw amendments for three new regional centre developments, totalling 205 residential units and 163 new underground parking spaces. The next step for all three will be public hearings. Here’s a quick run-down of the three:

Wellington: Just down the street from a fairly controversial development approved back in 2015 and now under construction, this new proposal is for an eight story (plus penthouse) building with 101 residential units and 93 underground parking spaces. If you also count the 140 new parking spaces opening soon down the street, that’s a lot of new cars for this neighbourhood. I guess if these new residents are planning to leave their cars parked most of the time, it’ll be all right. Check out the city staff report on the proposal here. 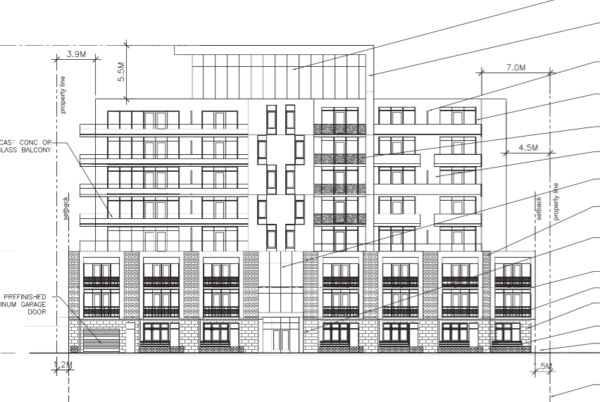 Agricola: This is a proposal to replace a two-story residential building (also home to Obsolete Records) at 2440-2454 Agricola Street with a five-storey building with “34 residential units and 446 square metres of ground floor commercial/cultural” uses. This latest iteration of the building plan has removed an underground parkade, so the construction of this one would be far less disruptive than its counterparts.  Check out the city staff report on the proposal here. 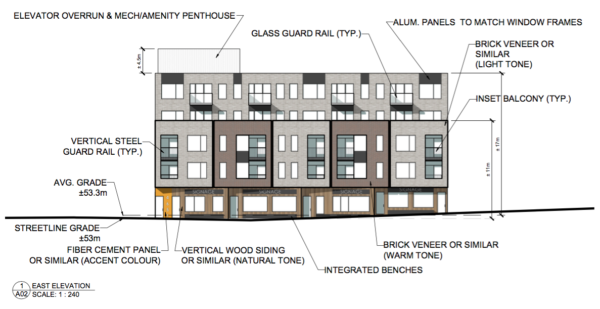 Quinpool/Pepperell:  This proposal is for a nine-storey mixed use building facing Quinpool at the site of the current Sicilian Pizza building, and stretching back to Pepperell Street, where the height will drop to three storeys.  The entire development proposes 70 residential units, with at-grade residential along Pepperell, and ground floor commercial along Quinpool.  The plan also proposes 70 spaces of underground parking accessible from Pepperell.  Check out the city staff report on the proposal here. 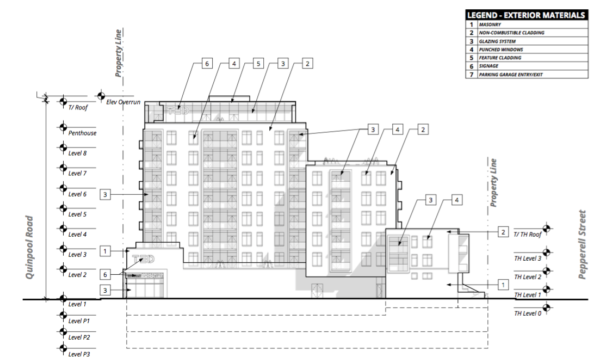 3. Bridgewater gets $5 million to go towards alleviating energy poverty

Bridgewater has impressed the jury at the Smart Cities Challenge enough to bring home $5 million to help implement its Energy Poverty Reduction Program. The goal is to reduce the number of people who can’t afford to meet their basic energy needs; the project proposes to do this by coordinating and financing efficiency retrofits for people’s homes, mobility improvements, and “neighbourhood and community-scale energy systems such as solar farms, district heating systems, and microgrids.”

4. New hospital won’t necessarily be P3, but then again it almost certainly will be

Under the headline, “Halifax hospital redevelopments won’t necessarily use P3 models“, the CBC’s Michael Gorman quotes Paul LaFleche, the deputy minister for infrastructure renewal, saying that the province’s pursuit of a P3 model to design and build the $2 billion QEII Health Sciences Centre redevelopment is not “ideological”. To prove his point, LaFleche says that if the bids coming in for the project are not low enough, the province will “go back to the treasury board.” Over at Global News, Keith Doucette of the Canadian Press reports that LaFleche followed up that comment saying, “We don’t think that’s going to happen.”

Global’s headline, “Cost analysis of $2-billion Halifax hospital project to be released, official says,” refers to LeFleche’s agreement that the Deloitte report recommending a P3 approach will be released, although only once the province has completed the current bid process and made a decision.

5. New survey on political views and habits of Atlantic Canadians 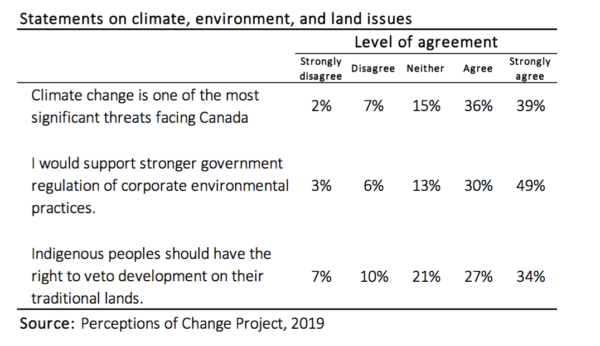 The Perceptions of Change Project out of Dalhousie has released results of a 1000+ person survey on political views and habits of Atlantic Canadians. Notable results include 75% of people agreeing that climate change is “one of the most significant threats facing Canada”, and also 63% of respondents agreeing that a balanced budget should be a top priority for the federal government, demonstrating again how opinion polls are not really a great way to understand what kind of trade-offs people are indeed willing to make for the various things they value.

The survey covered a lot of ground, including people’s political habits. Turns out while 7% of the people surveyed said they had attended a demonstration in the last year, a much larger chunk, 44%, said they were open to protesting in the future.

This video of Bill Nye the Science Guy dropping a few F bombs in an “experiment” for John Oliver’s Last Week Tonight is making the rounds. He makes a great point— that transforming the economy to help avoid further climate change is going to cost something, one way or another.

For those of us who found Nye’s bit refreshingly frank (“You’re adults now and this is an actual crisis!”) it’s important to note that over at Fox News, the rant is being framed as something else entirely. Here’s a screen cap of  The Five, which has hundreds of thousands of viewers, discussing “Climate Hysteria”, and what they believe are the “psychological problems” of Democrats concerned with climate change. 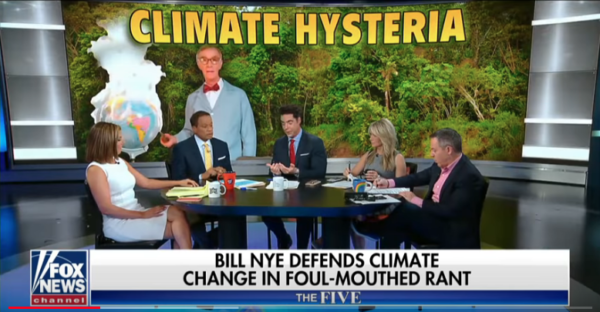 Atlantic Lotto spent about $12,000 buying out 788 parking metres in downtown Halifax for the day yesterday.  That’s about $7,000 more than the city normally makes. I get the lure of extra revenue, but parking fees are actually there to help control the demand for parking, not just to pull in money.

Parking meters throughout downtown Dartmouth and Halifax are capped with Lotto Max bags. The free parking event is for today only (at this time) #hfxtraffic pic.twitter.com/bwdfuE9GWh

Audit and Finance Standing Committee (Wednesday, 10am, City Hall) — there are no action items on the agenda.

Community Planning & Economic Development Standing Committee (Thursday, 10am, City Hall) — staff is recommending that the committee decline a request from the Bus Stop Theatre for $500,000 in funding to purchase its building. But the staff report continues with a long discussion about how the Bus Stop might achieve its goal.

Deluges, ice rains, winter heat waves, megadroughts – if you think we’ve been cursed and clobbered a lot harder and a lot more often recently, you are not imagining it. It used to be that our weather was “normal” and dependable. Now, more and more Canadians are asking: What’s happening to our weather? If our weather is becoming weirder and wilder, are people responsible? Is it nature doing this to us? Or both? What has become clear is that the Earth is warming, and the number of weather-related disasters appears on the rise. We can no longer assume that yesterday’s weather will apply tomorrow.

Did anyone stay up last night to try to catch the northern lights?