The Halifax Examiner will publish two more articles about the meeting this morning. Check back on the home page.

As a candidate, Stephen McNeil promised that if elected he would end government subsidies to corporations. As Premier, McNeil clarifies that cabinet won’t have its own funds to dole out to companies; the big pot of money the former Dexter government put under cabinet control is being re-distributed to the various economic development agencies: NSBI, Innovacorp, Invest Nova Scotia. Oh, and “a new venture capital fund will be created this fall to help fledgling companies with good ideas,” reports the CBC.

Audrey Saunders, the sister of Loretta Saunders, the Inuk woman who was murdered earlier this year, is trying to raise $300 so she can attend the murder trial, which begins Monday in Halifax. Audrey lives in St. John’s. “I just hope that I go and I get closure and I get this nightmare out of my head,” she told Metro.

Until now, Nova Star Cruises, the company operating the Yarmouth ferry, has been managing the release of ridership figures. But yesterday the city of Portland released official figures for the month of June, and the numbers show that 90 percent of the seats were vacant.

Having apparently weathered its financial crisis, NSCAD is seriously thinking about building an entirely new campus, costing $60-70 million. It’s probably rude to point out that such grandiose thinking, including the foolhardy lease agreement with the port, is what got the college in trouble in the first place.

Former MLA Graham Steele has a good piece about Nova Scotia’s broken Freedom of Information processes. He quotes some wise, and yet unnamed, local investigative reporter as saying the system is “archaic and moribund,” and points out that the “Halifax-based Centre for Law and Democracy, a world leader on information and media laws, last September said the Nova Scotia law has ‘major problems’ and that it is ‘significantly weaker than transparency legislation found in many developing countries.'” Steele is pessimistic about reforming the system, noting that politicians really don’t want change. I keep coming back to the same realization: The only way we’ll get reform is through legal action against the government itself.

Erin and Dan are tending bar.

There are no government meetings today, but that gives us the excuse to note that today, July 18, is the 170th anniversary of the trial of the Saladin pirates in the court room in Province House, the very room where nine years before Joe Howe aptly defended himself against libel charges, and which is now the legislative library.

The Saladin was a 550-ton barque under the command of Captain Alexander McKenzie, writes Douglas Howell in his essay, The Saladin Trial: A Last Hurrah for Admiralty Sessions. On February 8, 1844, the ship had set sail from Valparaiso, Chile “bound for Liverpool [England] with a crew of fourteen and a cargo ‘principally of Guano, but having also 70 tons of Copper, 13 bars of Silver, each of about 150 lbs. weight, and a large quantity of Spice [specie], about $9000.'”

“Aboard Saladin was a passenger named Fielding, a smuggler who had escaped from a Peruvian prison,” explains the Maritime Museum of the Atlantic. “Tempted by the wealth aboard, Fielding pitted one half of the crew against the other and led a mutiny. The captain, officers and half of the crew were butchered and thrown overboard. A day later, the mutineers turned on Fielding, killing him and his son. With no trained navigator left alive, Saladin sailed off course and right onto the rocks on Nova Scotia’s Eastern Shore.”

First note of any problems with the voyage came on May 27 in Howe’s newspaper, the Nova Scotian, which reported that the Saladin had been discovered by Captain Cunningham of the schooner Billow, “at the Island at Country Harbour – the officers reported dead; cargo now in charge of C. Archibald, Esq., Justice of the Peace.”

After investigation, four of the six surviving crew members were tried for piracy, and convicted rather swiftly. Two weeks later, says Howell, they were hanged on July 30, on “a grassy knoll across from Holy Cross cemetery on South Park Street, overlooking Halifax harbour, a place deemed by the High Sheriff to be ‘on such part of the Commons belonging to the City of Halifax as you shall find to be most convenient.”” The hanging “was preceded by a well choreographed cavalcade including the sheriff, prison officials, priests, and the prisoners. A large crowd watched the executions which, while not the last public hangings in Halifax, were likely the last multiple ones.”

As for the ship, “the wreck soon went to pieces,” says the Museum. “The site of the sinking, at the mouth of Country Harbour, remains known to this day as Saladin Point. Ongoing searches, including a high tech search by EcoNova Corporation in 1994, have yet to locate her wreck but substantial pieces of her fittings were salvaged in 1844 and can be seen at the Maritime Museum of the Atlantic and the Yarmouth County Museum.”

The national and international news today is horrible; better to distract yourself by reading Howell’s complete account of the Saladin trial.

Chemically Modified Oligonucleotides with High Binding Affinity: Origins and Applications (1:30pm, Chemistry Room 226)—Jonathan Watts received his undergraduate degree from Dalhousie, went on to earn a PhD from McGill and now teaches at the University of Southampton in the UK. He’s an expert in oligonucleotides, which the intertubes say are parts of the DNA molecule.

It’s the middle of summer and most of the local authors I follow are AWOL, to the cottage or awash in Whiskey Sours, so I’ll just spend the day looking at navel-gazing journalism sites. As usual, I’ll start with Twitter. Unfortunately, the once-hilarious @FakeAPStylebook seems to have lost its soul, but you can scroll back and find such gems as “When quoting from a news release, pick the most nonsensical sentences to let people know what it’s like to have to read those things” and “You can pass off any old bullshit by simply prefacing it with ‘some claim that’ or ‘some wonder if.'” But maybe @fakethirtyeight is taking its place? This tweet certainly scores points: 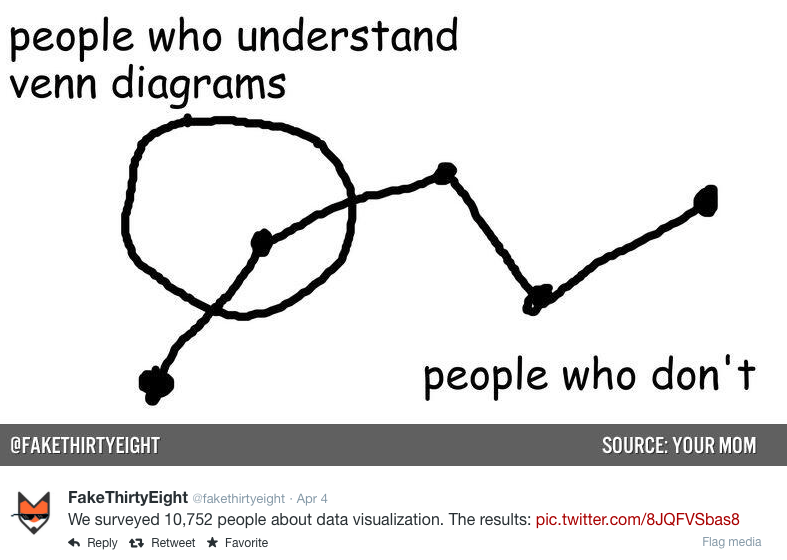 And Craig Silverman, who once worked at The Coast, and had something to do with OpenFile, is now some important dude at the Poynter Institute, where he hosts his site, Regret The Error, which chronicles newspaper corrections, including this one from the East Bay Express:

If you want to get serious (but why?) you could travel over to J-Source, the Canadian site about all things journalmalistic.

The drinking word for the Mike Duffy trial is “conspiracy.”