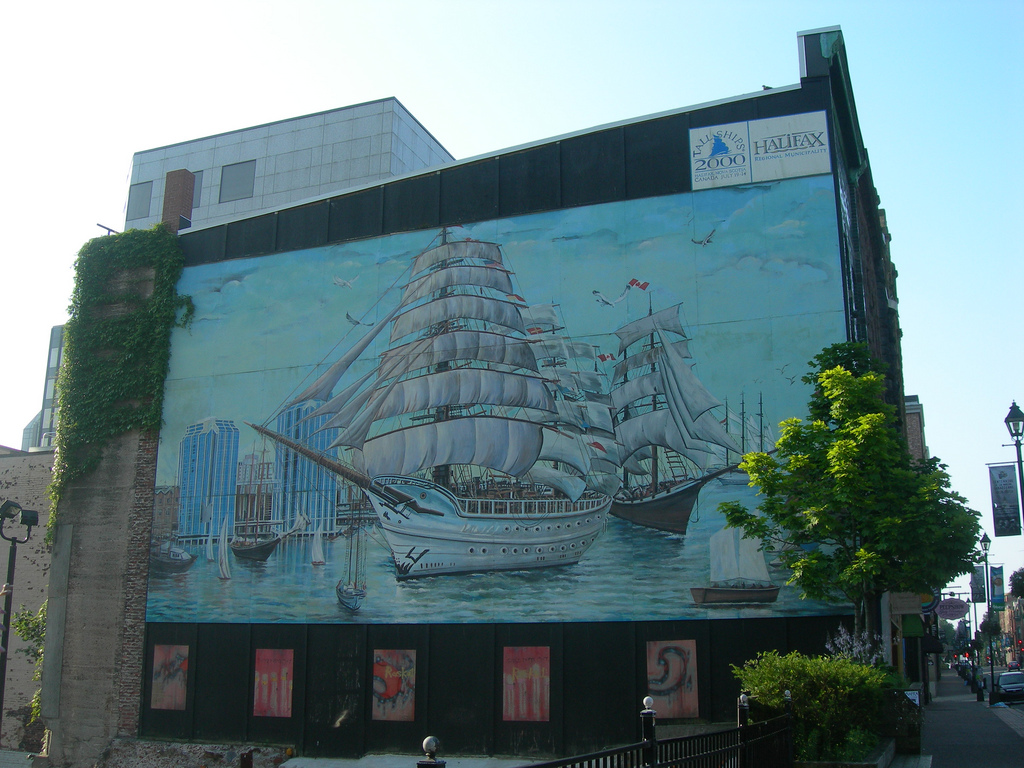 A photo of the Tall Ships mural as painted by Zeqirja Rexhepi. Photo by Jimmy Emerson, from Flickr.

Global News reports that the owners of the Freak Lunchbox downtown candy store are causing a bit of a stir, by putting out a call for someone to create a new painting to replace the Tall Ships historical art piece currently on the side of their building.

The popular downtown candy store Freak Lunchbox put out a call on Facebook on Thursday night, looking for an established artist to paint a mural that will replace the Tall Ships 2000 one on the side of their newly-acquired building. Freak Lunchbox co-owner Jeremy Smith said he wants to put up new art that will represent the vibrant community his business is part of.

However, the artist of the original piece doesn’t seem to like the idea as much:

Zeqirja Rexhepi is an artist from Kosovo. He was commissioned to paint the mural for the Tall Ships Festival in 2000. For him, the mural is a piece of work he’s proud of, but it also represents a new chapter of his life.

“Tall ships was connecting, and the key why I am today here with all my family,” he said.

He looks at the piece of art as a contribution to Halifax’s history, featuring many of the elements that the city is so well known for.

“It’s good to keep the culture and heritage of Nova Scotia,” Rexhepi said.

“I was a little bit slap in my face, you know, establish artist? To do a mural, I was established artist,” he said.

While it may be a bit of a shame that the new piece will be more of an ad than public art, I can’t help but feel that the existing piece is pretty dated and it might be nice to get something more vibrant in that area.

I’ve had the chance to attend a handful of Halifax Rainmen games over the past few years, and while it’s always been great entertainment value for the money, it’s also a bit embarrassing to see how empty the Metro Centre is at the games.

Now, the Rainmen have pretty much ensured that no one will come to their games, after players got into a fight before the finals and ended up forfeiting the championship. Team members and coaches have been fined, with the coaches receiving lifetime bans from the NBL, reports Kristen Lipscombe of Metro News:

Sources told Metro Halifax that word at the WFCU Centre was that the Rainmen weren’t thrilled with their slotted 1 p.m. shoot-around time, so showed up early, just before the Windsor Express were scheduled for their pre-game time on the court. “It spun out of control,” an anonymous source said, with team staff members and players getting caught up in a physical altercation that involved both punches and chairs being thrown.

“The league takes this incident very seriously and we are working to address the matter to ensure it never happens in the future, and so that those who were responsible are held accountable,” the NBL Canada said in its news release Friday.

The league declared the Windsor Express winners by forfeit, giving them the 4-3 series victory and naming them 2015 NBL Canada Champions.

3. Only two students will be left at Big Tancook school next year

Frances Willick reports that the already tiny school on Big Tancook island will only have two students next year:

Today, Big Tancook Elementary School has just four students. This fall, only two students are expected to attend. And soon, there may be none.

Enrolment projections show that in the fall of 2016, there will be no kids on Big Tancook Island in grades Primary to 5, the grades the school serves. Students who live on the island and are in grades 6 to 12 take the ferry each day to attend class on the mainland.

South Shore regional school board staff are recommending that the school be considered over the coming year for closure. 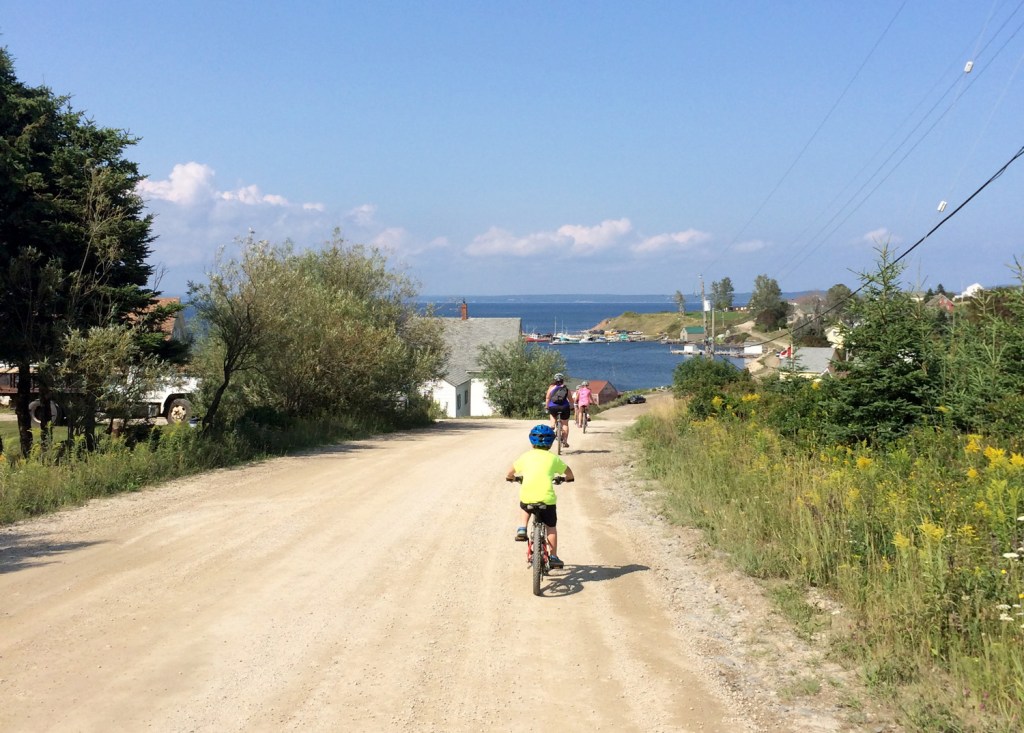 My family and I spent a day on Big Tancook last summer, biking around and exploring every nook and cranny that we could find. While it was enjoyable, there’s actually very little to do there and almost nowhere to eat. To top it all off, the ferry broke down ahead of our return trip and we almost got stranded. There’s also really nowhere to stay, unless you had the forethought to book an empty house just in case the ferry breaks down, which it does on the regular.

MacQuarrie said Bragg told her he was responsible for vetting anyone who wants to meet with the minister. Bragg’s file included a picture of MacQuarrie with a Conservative political group and he suggested it doesn’t go well with her efforts to increase access to abortion, said MacQuarrie.

“He said, ‘You know, when you meet with the Conservatives these are the sort of things that are going to happen.’”

Federal officials will immediately begin the search for a warship designer and combat-systems integrator for the massive shipbuilding project to be built by Irving Shipbuilding in Halifax.

The Government of Canada — and not the prime contractor, Irving — will pick the two key suppliers sometime in early 2017 on a competitive bid based on price and “economic contribution to Canada.” 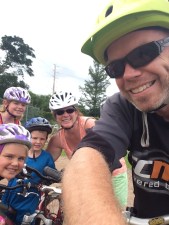 Families that bike together, stay together. Photo by Jeff White.

For over three decades, I’ve been a dedicated cyclist. There are very few things I’d rather do in my limited spare time, so it warmed my heart to read this article about a program to teach families about cycling and active transportation:

The Colchester Adult Learning Association (CALA) is behind Making Tracks Cycling, a program that helps children and adults understand the elements involved in making cycling a safe, healthy and fun activity.

The Ecology Action Centre of Halifax designed the curriculum.

“I was challenged to find something that is fun and interesting for families to do and learn together, and I’m a bit of a bike nut,” laughed David Boehm, CALA’s family literacy co-ordinator.

Our family spends many a summer Sunday riding the trails around Halifax, and anything that can encourage more people to take up this fantastic activity deserves props in my book.

1. Liberals to business world: Do it Yourself

As a business owner who prides himself on never taking government money, I was pleased to read Rachel Brighton’s take on how Nova Scotia’s businesses should stop expecting handouts to fund their growth:

About $17 million in business grants and incentives will dry up this fiscal year as government turns off the corporate welfare tap. As Business Minister Mark Furey said this week, the days of “cutting cheques for business … are over.”

That might be too bold a statement to make just yet. Governments tend to go weak-kneed when business operators, such as Nova Star Cruises, put out their hand.

Business will need to find new sources of capital or change their practices to free up cash to invest in productivity improvements.

Of course, this also hits community groups hard as their funding dries up.

I’d love to see a local media feature similar to 37 Signals’ Bootstrapped, Profitable and Proud about companies that manage to be successful without taking any funding or handouts to fuel their growth. 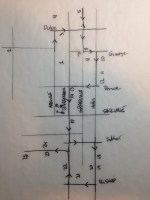 Peter Ziobrowski is hosting a Jane’s Walk around Halifax tomorrow:

Architectural History of Halifax 101 will aim to educate the walker on the Built History of Halifax from 1749 to Present times. The Walk will look at how styles have changed, and how improvements in materials and technology have enabled those changes.

I read the Halifax Water general manager’s comments to you on April 28. Back in May 2014, I noted these charges and later a stormwater right-of-way charge. Since then, I held back amounts on each bill what is now a current amount of $63.

I wrote in June 2014 questioning the charges, saying that a ditch by me is dry and has held no water ever. In 20 years, I had not seen any stormwater ditch maintenance, as I noted to them.

They replied eight months later with engineering and descriptions I could not understand.

I replied, noting mainly that water, if any, from my property did not warrant these charges and asked for more information. After several more notes to them, no replies.

On April 2, 2015, I received an Overdue Notice. The notice “must be paid immediately to avoid service being suspended.” They noted an additional cost and a security deposit to restore my service if not paid immediately.

I did so April 22 with a note that I was doing so under protest and wanted a meeting.

Sorry, but what does the general manager mean in his comments to your paper that no customers are having collection activities thrown at them, based on the above information?

My property had also been assessed with the ‘ditch tax’, despite not having any ditches, nor any runoff into Halifax Water infrastructure. I also refuse to pay it.

The Halifax Pop Explosion has started to announce its 2015 lineup with Purity Ring, Alvvays and a Rich Aucoin and Symphony Nova Scotia joint.

I’ll never forgive myself for missing out on the Dan Mangan/Symphony NS show from HPX a few years ago.

My thanks to Tim for asking me to curate today’s Morning File.

I run an inbound marketing and web design agency based in the Homburg building on Brunswick St in beautiful downtown Halifax. Our clients come from all over North America and they find us via our blog and also from our Platinum Partner relationship with inbound marketing software giant, HubSpot. Including our current crop of awesome NSCC design interns, we’re a team of 19.

I’m also a dad of three, a cyclist and a barbeque nut. You can find me on Twitter and Instagram.