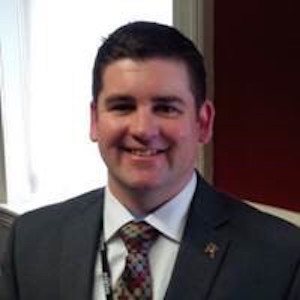 Halifax Transit is clearly an agency that is hostile to the idea of outside help, and its “baffling” report to city council is a clear red flag for problematic leadership from transit head Dave Reage. By Erica Butler.

Click here to read “Too good for second opinions?”

This article is behind the Examiner’s paywall and so is available only to paid subscribers. Click here to purchase a subscription.

“An initiative from two organizations on opposite sides of the country is aiming to get a decisive decision on Canada’s first-past-the-post (FPTP) voting system,” reports Alexander Quon for Global:

Springtide, a charity in Nova Scotia, announced  that they will be joining forces with Fair Voting BC, a non-profit in British Columbia, to file a Charter Challenge asserting that Canada’s FPTP system violates section three of the Charter of Rights and Freedoms — the right to vote.

“The Supreme Court has said in the past that your right to vote is guaranteed under section three of the charter means more than just marking a ballot and putting it in a box,” said Mark Coffin, executive director of Springtide. “It means effective representation and being meaningfully represented in parliament… it’s a concern that over half of Canadians vote and don’t see the person they voted for in parliament.”

I dunno. I’m no constitutional scholar, but seems like a stretch. Good luck, tho. 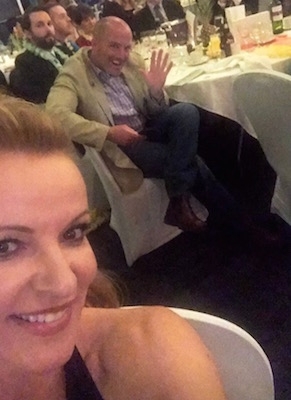 “I’ve had a lot of time to think about it and to think someone is racist for running around a car at a stop sign, that doesn’t make someone racist,” he said.

Whitman says by calling someone racist for doing something that was silly, or foolish gives people who are actually racist a pass, and “that is wrong.”

In the best of situations, developers find a piece of property that is “undervalued” (in the market sense) by its current owner, and simply repurpose it for a higher value. So, the widow without the resources or expertise to do anything else with the family home sells it to a developer with the ability to access financing and a slew of connections to get something else built. This doesn’t have to be a bad thing — the widow gets enough money to live out her life in some comfort, and maybe the developer clears out a dilapidated house and constructs housing that jibes with community expectations in an interesting building. Maybe.

But here’s a secret: the really successful developers (in money terms) make their big money by going around the rules. Sometimes this is as simple as bending or breaking zoning rules, and nobody bothers about it, because what are you going to do? More often, though, the developers grease some palms in City Hall, cozy up to some councillors, and lo and behold, zoning and planning rules are changed so the developer can make far more money than someone working within existing rules would have made on the same property.

My favourite example of this is the old Prince’s Lodge Motel on the Bedford Highway, which was owned by the widow Mary Thibeault. You’ll recall that after her death, then-mayor Peter Kelly depleted Thibeault’s personal banking account by the tune of $160,000 or so without bothering to tell the courts or Thibeault’s heirs about it. But that was only one injustice done to Thibeault; another was what happened to her hotel. 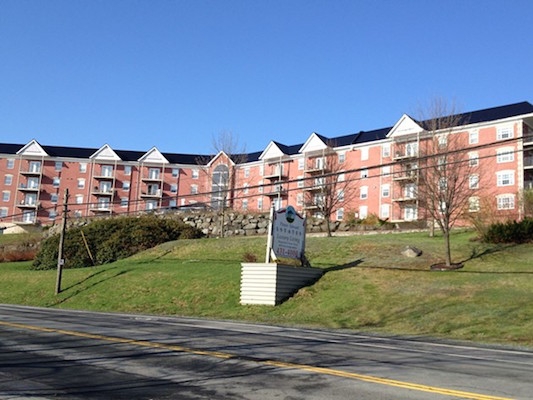 As I explained it in 2012, Thibeault was an old woman who was running the hotel single-handedly into her 80s. She wanted to sell the hotel to developers, but the hotel sat on land that had old, complicated zoning restrictions on it — some of the land had a “park and institutional” zoning that is no longer applied to privately owned land; some of it was zoned R-1, which allows for only single family homes; and only a small portion of it was zoned commercial. In order to get top dollar for the property she’d first have to get all of it rezoned as commercial property, which would allow for the construction of apartment buildings:

But the city wasn’t interested in changing the R-1 zoning. In his July 18, 1995 letter to Thibeault, [city development officers] Mike Woods makes a counter-offer, offering to buy two acres at the rear of the property for $38,000. “The balance of the area zoned P&I, excluding the R-1 portion, will be recommended for redesignation to Highway Commercial (C-2B) at a Public Hearing on 23 August 1995.”

The public hearing never happened, and on October 4, 1995, Thibeault wrote Woods to reject the $38,000 offer because it “is below the market value of its Commercial Land Designation.”

Eventually, Thibeault sold the property to Nassim and Solomon Ghosn for $600,000:

The Ghosns’ purchase of the motel property was conditional — they gave Thibeault a $10,000 deposit, good for six months. Final sale was “subject to the [Ghosns] negotiating and obtaining a Development Agreement with the Halifax Regional Municipality.” …

But the Ghosns weren’t able to line up all the approvals for development by the end of the six months, so on April 3, 1998 they paid Thibeault another $10,000 deposit to get a six-month extension.

Finally, on October 2, 1998, the sale was completed, between Thibeault and a numbered corporation controlled by the Ghosns.

Another six months later, on April 29, 1999, HRM issued a development permit to W.M. Fares, to construct a 72-unit apartment building on the former motel property the Ghosns had purchased. (By this time they had renamed their numbered corporation “Prince’s Lodge Estates Incorporated.”) The permit says that all 8.61 acres are zoned C-2B.

The R-1 zoning issue was never resolved—there had never been a public hearing about a change in zoning, and city council never voted to change the zoning. In contradiction of land use policies and provincial law, city staff had approved construction of an apartment building partly on land zoned for single-family detached homes.

Neighbours to the property tried to step in and stop the development, but were basically out-lawyered. I concluded:

There’s a paper trail of dozens of documents leading back to at least 1988, with officials from the planning department, the park department and the legal department all making clear that they had no intention of recommending zoning changes for the property, and that such changes would need approval by city council in any event.

And yet, by 2000 all the zoning problems were washed away, with a new site map that completely contradicts three previous site maps — without council approval, and seemingly with a wave of the bureaucratic hand. It’s possible that there was a system breakdown, and all the multiple actors unintentionally screwed up in precisely the same manner — but is it really possible that the entire city bureaucracy across three departments made the same mistake at the same time without coordination?

tl;dr version: an old lady was trying to get her property rezoned so she could sell it for a lot of money, but the city refused her. When rich and connected developers obtained the property, however, all the zoning issues were miraculously made to go away without the usual public hearings. The rich and connected developers built three apartment buildings and made a gazillion dollars, while the old lady died with a relatively small estate which was itself preyed upon by a politician.

I seem to be the only one who cares about this.

But the point is, if you want to make a lot of money as a developer, just get the rules changed.

Which leads us to last night’s public information meeting for a development proposed for the Cruickshanks Funeral Home property on Robie Street. Westwood Group bought the property in 2013 for $575,000. 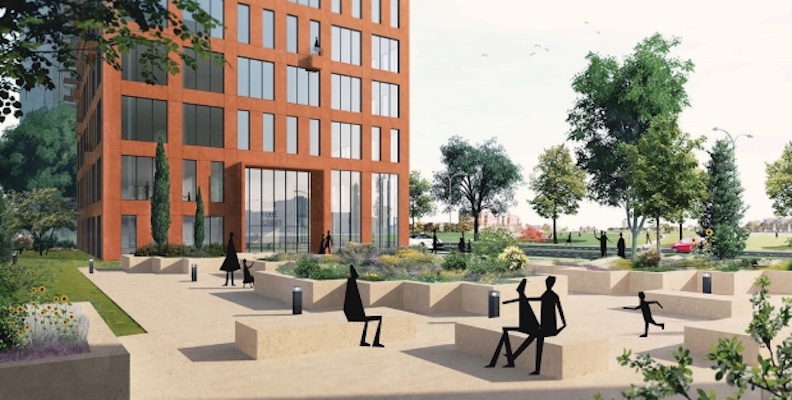 However, reports Pam Berman for the CBC:

The current planning rules would not allow either design. The developer will have to apply for a development agreement.

That of course won’t be a problem, because reasons.

On June 3 at approximately 5:40 p.m., a man was sitting in his parked vehicle outside a store in Middle Musquodoboit when a Mazda car pulled into the parking lot. A man got out of the passenger side of the Mazda and entered a store.  Immediately a woman exited the driver’s seat of the Mazda  and passed a note to the man sitting in the parked vehicle. The woman looked extremely upset and gestured for the man to call, and quickly got back in her vehicle.  Her male passenger exited the store, got into the Mazda and they drove away.

The note said “please call police” and included an address on Elderbank Back Rd. The man immediately called 911.

Halifax District RCMP responded by travelling to the address where they located a man and woman inside a residence. The man was in breach of previous court ordered conditions. He was arrested without incident and taken into custody.

MacDonald appeared in Dartmouth Provincial Court today and is being held in custody until his next court appearance on June 26.

During the course of the investigation it was revealed that after the woman handed over the note to the man in the parking lot, she and the male passenger drove back to Elderbank Back Rd.  During the drive, the male passenger allegedly struck her in the face.  At the time the woman noticed an oncoming car whose brake lights abruptly came on after passing her vehicle.  Investigators believe the driver may have witnessed the woman being assaulted and would like to speak with the driver.

North West Planning Advisory Committee (Wednesday, 7pm, the four-pad arena in Bedford with the name of a fucking bank plastered on it) — Armco wants to build stuff in Sackville.

I don’t have time to read the agendas this morning. I’ll update tomorrow. 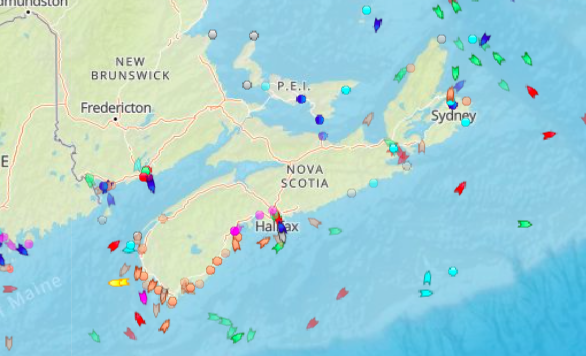 I’m tied up with stuff all day, including an appearance on The Sheldon MacLeod Show at 2pm. I doubt I’ll be able to respond to email or anything else.