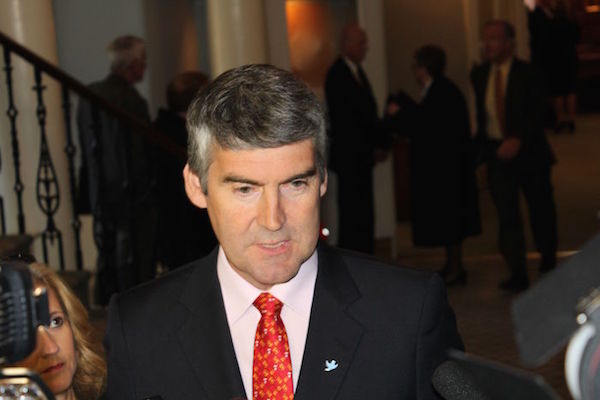 “The Liberals will pay back the money used to send out a controversial mailout to areas where byelections will soon be called,” reports the CBC. “Premier Stephen McNeil said his party — not the taxpayer — will cover the $7,000 cost of sending 33,000 political pamphlets to homes in the vacant riding areas of Dartmouth, Sydney and industrial Cape Breton.”

McNeil then opened his mouth and inserted his foot:

“The reason the three of them [ridings] would have been identified [is because] they were vacant. There will be a byelection set,” McNeil said. “We wanted to get out the positive message from government.”

Byelections are expected to be held soon in the ridings of Dartmouth South, Cape Breton Centre and Sydney-Whitney Pier.

“Those three ridings will be going to the polls at some time in the next year and we wanted to get in there and make sure we put our message first,” McNeil said.

Is McNeil really incapable of understanding the difference between government and party? I guess Stephen Harper has so blurred the lines that even smart people in Nova Scotia can’t see the distinction. 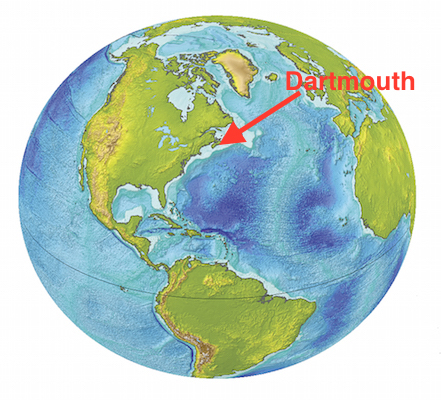 Dartmouth skateboarders are arguing over what constitutes a “world-class” skateboard park, reports Metro:

The park plan includes two bowls that will be dug into the ground at the old Park School site at the Dartmouth Commons, one for beginners and the other for professionals. It also includes a transitional section to connect the two bowls.

An additional plan for a “street style” park was considered, but ultimately left out because of debris on site. Coalition member Andy Sawler said that would cost $90,000 to clean up, which means less money for building the park.

“We would rather have one world-class section, than many mediocre parts,” Sawler said at the Dartmouth Sportsplex gathering.

But some skaters believe the park’s not living up to its “world-class” name.

No offence to Dartmouth or skateboarders generally, but bandying about “world class” will make you the target of ridicule. Nobody in the rest of the world cares about your skateboard park; no matter what you build, it’ll just be Dartmouth-class. And really, there’s nothing wrong with that.

Garry Smith, a retired RCMP cop and jail guard and a former Glace Bay town councillor, has filed a complaint with the Human Rights Commission over CBRM mayor Cecil Clarke’s inclusion of a prayer at council meetings.

The Coast manages to publish a 2,000-word article on Halifax’s condo boom without using the word “bubble.”

Comedian Daniel Tosh is scheduled to perform at the Rebecca Cohn theatre. Tosh is known for incorporating rape jokes into his routine, and for an alleged incident in which he responded to a heckler with “Wouldn’t it be funny if that girl got raped by like, 5 guys right now? Like right now? What if a bunch of guys just raped her…”

“Dalhousie really should have made a quick Google search and had they done that on the first page they would have discovered 40 per cent of the results were rape related, and that should have raised alarm bells at the university,” Halifax comedian Marc Sauvé told CTV.

“I don’t know what Dal is doing bringing Daniel Tosh,” said Glen Matthews, a passerby. “It is a marriage made in bad PR.” Which is undoubtedly true.

People say a lot of stupid things about free speech and comedy. Lindy West says some smart things about How to Make a Rape Joke.

The commentariat is unusually quiet today, and the letters to the editors all suck. 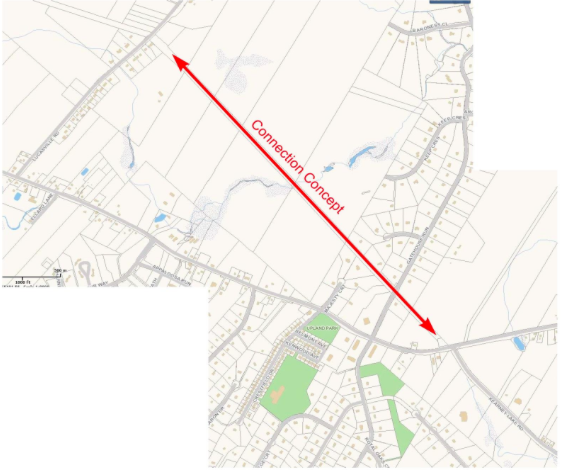 Transportation Standing Committee (1pm, City Hall)—the committee is discussing the possibility of a new road along the power line between the end of Larry Uteck Drive (what used to be called Kearney Lake Road) and Lucasville Road. It’s unlikely any such road will be built any time soon, however, because “constructing a standard 2.3 km-long two-lane rural collector roadway within the right-of-way would cost in the range of $2.5 million to $4 million for just the roadway costs,” reads the staff report. A still bigger issue is that the corridor provides the water supply for the entire urban area west of the harbour:

Halifax Water has reviewed this proposal and reports that the existing water transmission main is a 54” diameter prestressed concrete cylinder pipe installed in 1975. Along this section it is a single non-redundant line that supplies all of the potable water for the West and Central serviced area of HRM. This type of pipe is very sensitive to rock blasting and rock removal activities. The construction of a collector road over this alignment would cause significant impacts to the waterline. The needed vertical geometry and roadway cross-section would require significant rock breaking and cut/fill activity that would potentially impact the water main or require renewal in conjunction with the road. Halifax Water has confirmed that any current or future renewal of this main would require the installation of a twin main or temporary main to maintain existing service. All packaged this would be an expensive consideration and a significantly increased risk position for Halifax Water. Construction of the roadway could be integrated with a project to undertake a major rehabilitation or to replace the existing watermain, but Halifax Water does not currently have this identified in their planning nor is funding identified to support such a project. 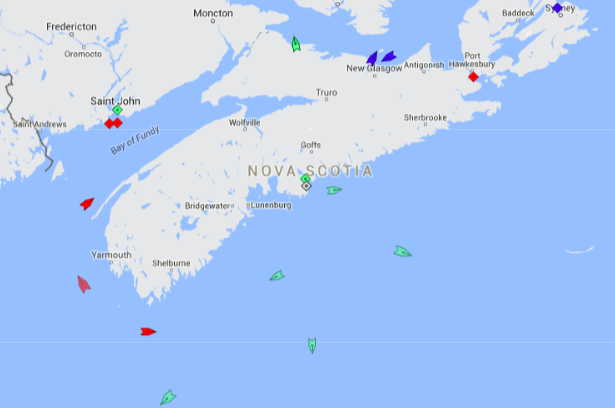 The cruise ship Veendam pulls into Pier 22 this morning.

The Veendam was involved in a remarkable rescue at sea earlier this year:

A Holland America Line cruise ship came to the rescue, reports KCRA, after a pilot in a small, single-engine airplane on a 2,400 mile trip to Maui, Hawaii ran out of gas fuel over the Pacific Ocean and was forced to ditch his plane.

The news station says that the plane ran out of fuel about 250 miles northeast of Maui yesterday afternoon.

The U.S. Coast Guard launched an Hercules 130 aircraft and a MH-65 Dolphin helicopter from Oahu, and alerted the HAL Veendam to the scene.

The Veendam is expected to reach Lahaina, Maui today.

The Star Advertiser reported that the rescue took place amidst 9- to 12-foot seas and 25 to 28 mph winds.

Also, it looks like New Glasgow has picked up a bit of cruise business this year. The map shows the Pearl Mist arriving this morning, just as the ferry to PEI is leaving.

It’s too soon for us to be in the slow summer news cycle, but evidently we are.

Honest, that article I’ve been promising for a couple of days will be published today.