You are here: Home / Featured / Working for the weekend: Morning File, Thursday, November 6, 2014

The Liberals have reversed course on Bill 60, which would have prohibited the smoking of e-cigarettes and juices in public spaces. Depending on your perspective, this is either a sensible response to people who say e-cigarettes are helping them kick the habit and hookah lounge owners saying the ban is an attack on a cultural tradition, or the Liberals caving to Big Tobacco.

Back in May of 2011, Chater told CBC News selling stolen merchandise is just the way he does business.

“I mean sometimes we know it’s stolen and that the person stole the item but we have no choice,” he said. “You have to take it or you’re going to have some kinda damage in your store and maybe they break the window or something like that. Sometimes you have no choice.”

Another Cole Harbour resident says she got trick or treat candy with a pin in it. I remain skeptical that these reports will reveal real candy tampering, but am open to be proven wrong. If they are real, the police should taken them seriously and put the resources into an investigation; real tampering from among at best a couple of dozen potential houses should be an immensely solvable crime. My guess, however, is that these reports won’t be followed up on and they’ll just add to the “be afraid of everything” mindset. 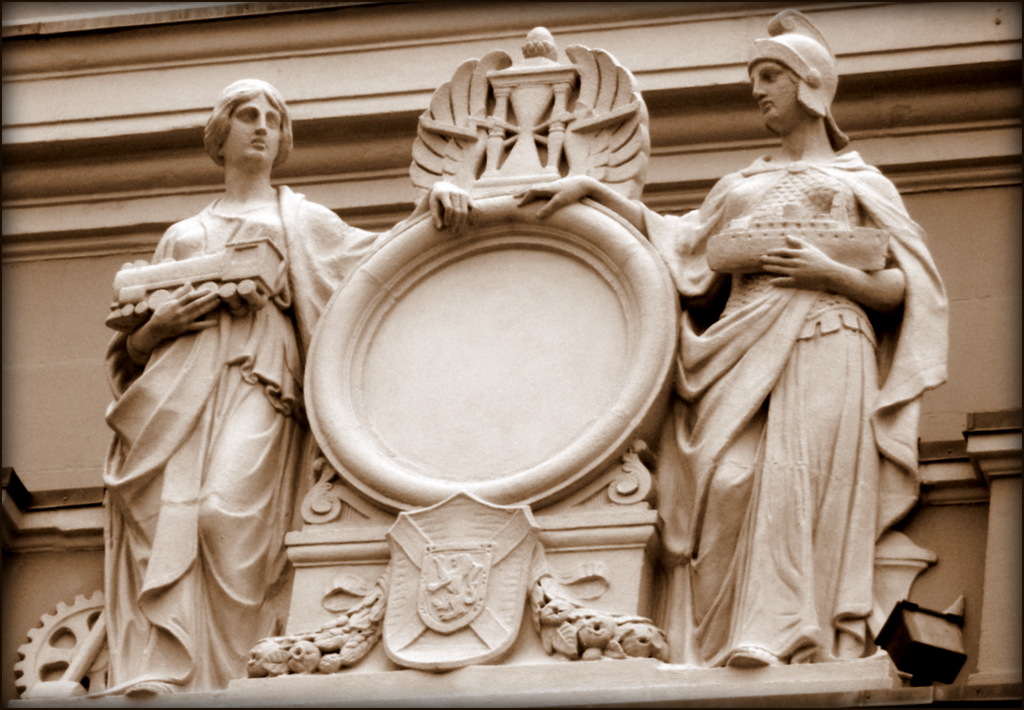 “When you start noticing,  there are quite a few images of woman in our parks and on our buildings,” writes Stephen Archibald. “Many of them are working women, pouring water, holding up buildings or picking apples.  I’m really not qualified to unpack all the messages in these representations but I’m confident they tell us something about the times in which they were created and the how the place of women in society was viewed.”

Go look at them now.

Jordi Morgan says Bill 60, which will outlaw the smoking of e-cigarettes and flavoured tobacco in public spaces, is “utter foolishness.”

Human Resources (10am, Room 233A, Johnston Building)—Appointments to Agencies, Boards and Commissions.

I2A: Formulating (big) Data Science Innovations for All (Thursday, 11:30am, Room 430, Goldberg Computer Science Building)—Una-May O’Reilly, from MIT, explains her talk like this:

In the spirit of B2B and B2C transactions the ALFA* group at MIT CSAIL ** is formulating I2A: Innovators to All. A (big) data science group, with foundations in scalable machine learning and evolutionary algorithms, we work on extracting insights from data in domains of social relevance. I will describe the range of our machine learning platforms including Delphi, a multi-parameter, multi-algorithm SaaS and one of our projects related to medical research (BeatDB). Time permitting, I will describe our mission to seed community-based MOOC analytics by developing a global data standard and MOOC-customizations that engage the crowd for its help.

Architecture (Thursday, 6:30pm, Auditorium, Medjuck Architecture Building)—Pedro Gadanho, the Curator of Contemporary Architecture at the Museum of Modern Art in New York, will talk on “Displacing the Architect.”

The LA City Project (Thursday, 7p, Ondaatje Auditorium, McCain Building)—Robert Garcia will talk. He is a civil rights lawyer and founder of The City Project, which focuses on accessibility for public spaces.

Mysteries of Particles in Air (1:30pm, Chemistry Room 226)—Barbara Finlayson-Pitts, from the University of California-Irvine, will talk on “Mysteries of Particles in Air: Research Challenges and Why We Should Care.” Frustratingly, the Dal notice for this talk doesn’t tell us what the heck this is about, but the google reveals that she studies the “chemical and physical processes which play key roles in the natural and polluted atmosphere, from urban to remote areas and from the lower to the upper atmosphere. Understanding these processes requires field measurements, the development, testing and application of models, and laboratory studies of kinetics and mechanisms. Research in our laboratory is directed primarily to elucidating the fundamental kinetics, mechanisms and photochemistry of relevant gaseous reactions as well as heterogeneous processes at the surfaces of, and in, particles.”

Indian Logic as Semiotics (7pm, KTS Lecture Hall, Academic Building)—Sundar Sarukkai, from Manipal University, India, “will discuss how Indian logic can primarily be viewed through the language of semiotics. Buddhist logic and later logical traditions in India analysed inference in terms of valid ways of inferring the signified from the signifier. He will also describe other unique conceptual categories that are part of Indian logic and discuss the possibility of an alternate rationality based on these ideas.”

The Political Economy of International Relations, Globalization and Development (noon, McNally Main 22)—Walden Bello, the Director of the Bangkok-based Focus on the Global South and a sitting member of the Philippines Congress, and a visiting prof at Saint Mary’s, is talking. 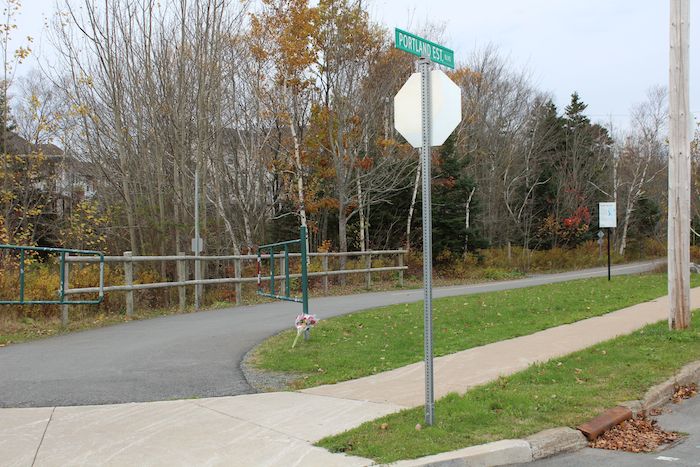 The memorial for William Lee.

I went out to Portland Estates yesterday to view the site of the latest pedestrian fatality. William Lee was struck by a car Friday afternoon while crossing the street at the intersection of Portland Estates Boulevard and Portland Hills Drive. He died Monday night in hospital. Three days of pain.

The crossing guard said there was another pedestrian, a woman, struck at the same intersection last spring. “It was bad. They don’t know if she’ll walk again.” 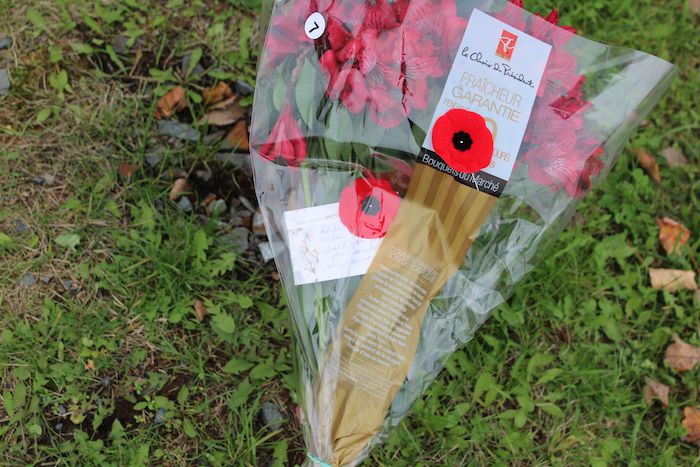 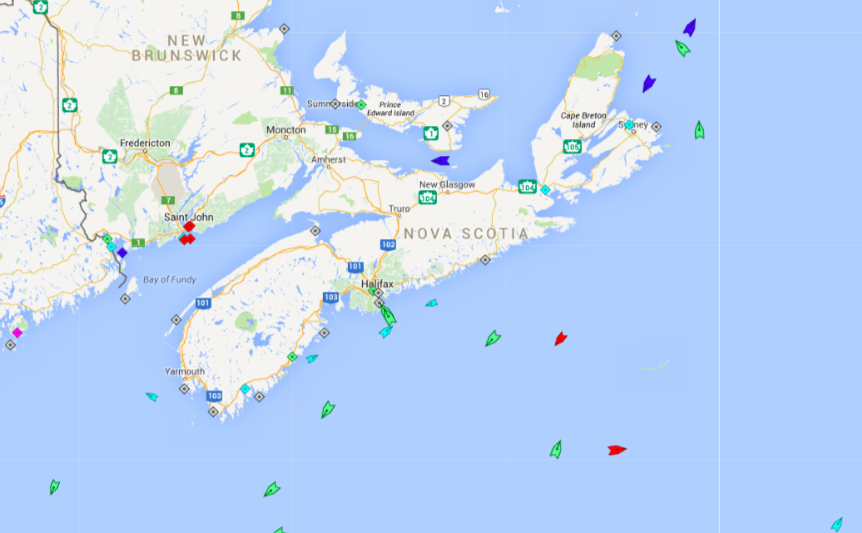 The seas around Nova Scotia, 5am Thursday. Map: marinetraffic.com

I’m travelling today and so Morning File is a bit early and the news section a bit slim.