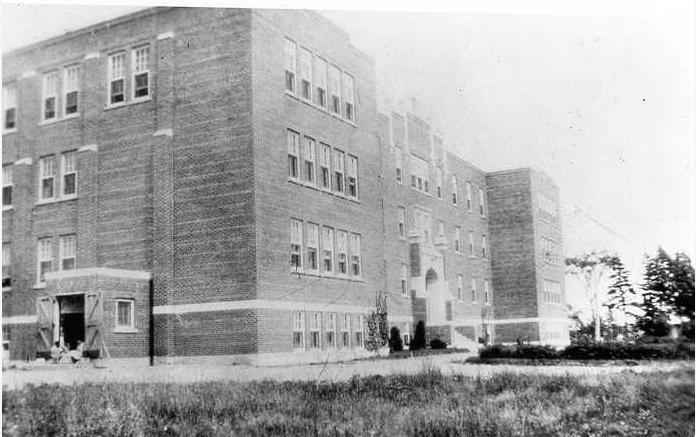 “To date no graves or human remains have been found” at the site of the former Shubenacadie Indian Residential School, according to the Mi’kmaq Rights Initiative, but the search is continuing.

Last week, the Tk’emlúps te Secwépemc First Nation announced that the remains of 215 children were found at the site of the former Kamloops Indian Residential School in British Columbia.

“It is with a heavy heart that Tk’emlúps te Secwépemc Kukpi7 (Chief) Rosanne Casimir confirms an unthinkable loss that was spoken about but never documented by the Kamloops Indian Residential School,” the First Nation wrote in a news release.

“This past weekend, with the help of a ground penetrating radar specialist, the stark truth of the preliminary findings came to light – the confirmation of the remains of 215 children who were students of the Kamloops Indian Residential School.”

In a Facebook post on Monday, the Kwilmu’kw Maw-klusuaqn Negotiation Office (KMKNO), the Mi’kmaq Rights Initiative, wrote, “In light of the recent heart breaking news out of BC, we want community members to know that similar work has been ongoing here in Nova Scotia.”

Expressing condolences to the Tk’emlúps te Secwépemc First Nation, the KMKNO wrote in an attached letter that its staff are part of the Indian Residential School (IRS) sub-committee of the Tripartite Forum’s Culture and Heritage Committee. That sub-committee “has been working for several years to conduct similar investigations to those that took place in Kamloops, at the site of the former Shubenacadie Residential School in Nova Scotia.”

“Under the guidance of Survivor and respected Elder, Dorene Bernard, various locations at the Shubenacadie school site have already been examined using ground-penetrating radar (GPR) – which is a non-intrusive method to survey what is underground,” the KMKNO wrote.

“To date no graves or human remains have been found. We are still looking.”

The sub-committee is also looking at other areas to survey, the letter said, and considering methods to search Snides Lake, which is located next to the former school site.

“We all want to ensure that the site is fully investigated as this work is extremely important to our people,” the letter said.

Asked about the search during Monday’s COVID-19 briefing, Premier Iain Rankin said the work has been going on since 2019.

Rankin said “reconciliation is a journey,” and Nova Scotia, which has lowered flags until June 8 to commemorate the deaths in B.C., will look for ways to do more.

The Shubenacadie Residential School was open from 1929 to 1967.

“From its founding, the school suffered from poor construction, poor maintenance, overcrowding,” reads the National Centre for Truth and Reconciliation page about the school.

“In 1934, a federal inquiry was held into the flogging of nineteen boys. A doctor testified the flogging had left the boys with permanent scars, but the judge heading the inquiry said the boys got what they deserved. Children operating laundry and kitchen equipment led to a number of serious injuries. By the 1960s it was recognized that the school lacked the resources and staff to meet the needs of the children being placed in its care and in 1967 it was closed.”

That page lists the names of 16 students who died there.

Parks Canada designated the former school property a national historic site in September 2020. Asked for comment on the search on Monday, a Parks Canada spokesperson deferred to Crown-Indigenous Relations and Northern Affairs Canada, which did not respond by deadline.*

You can read more about the Shubenacadie Residential School on Mi’kmaw historian Daniel Paul’s website here.

After this story was originally published, the Halifax Examiner received a statement from an unnamed spokesperson with Crown-Indigenous Relations and Northern Affairs Canada.

The department said $27.2 million has been allocated to the “important work of communities in locating, memorializing and commemorating those children who died while at Indian Residential Schools” across Canada.

“The dark legacy of Indian Residential Schools has caused and continues to cause such harm and pain – the Government has made significant investments to provide health and healing supports to Survivors, their families and communities as determined by them to address their needs,” the statement said.

The statement did not mention Shubenacadie Residential School specifically.

The Indian Residential School Survivors and Family has set up a 24-hour crisis line for anyone experiencing pain or distress as a result their residential school experience at 1-866-925-4419.