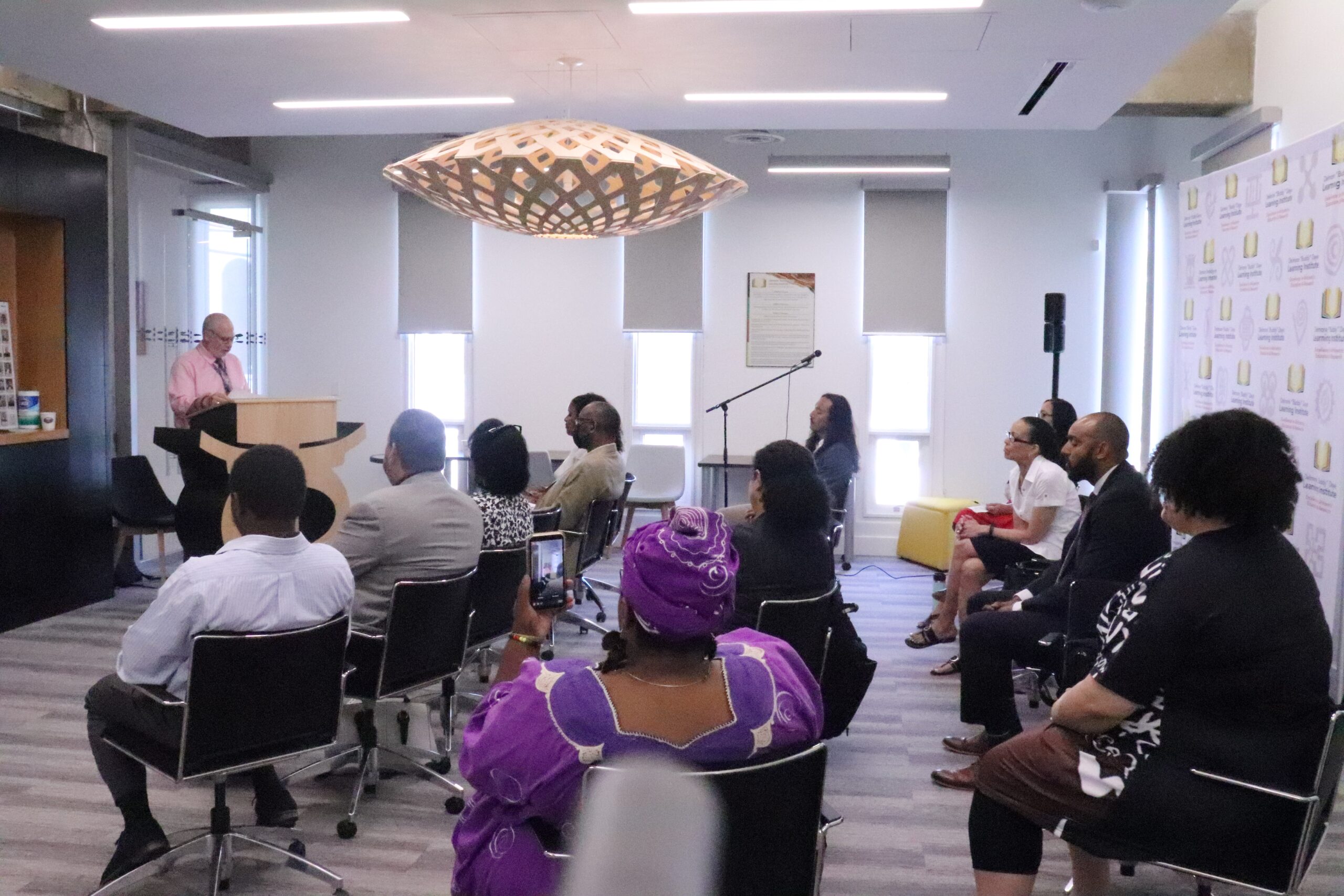 Tuesday marked one year since the former Liberal government announced $4.8 million in spending on the institute that will support African Nova Scotians in contact with the law. The institute’s work is also meant to help address overrepresentation and anti-Black racism in the justice system.

“The Justice Institute was alive and well long before a year ago,” said Robert Wright, the African Nova Scotian Justice Institute’s acting director. “But a year ago we really marked the formal partnership that has existed between the Institute and the provincial government. And that’s exciting and something to celebrate.” 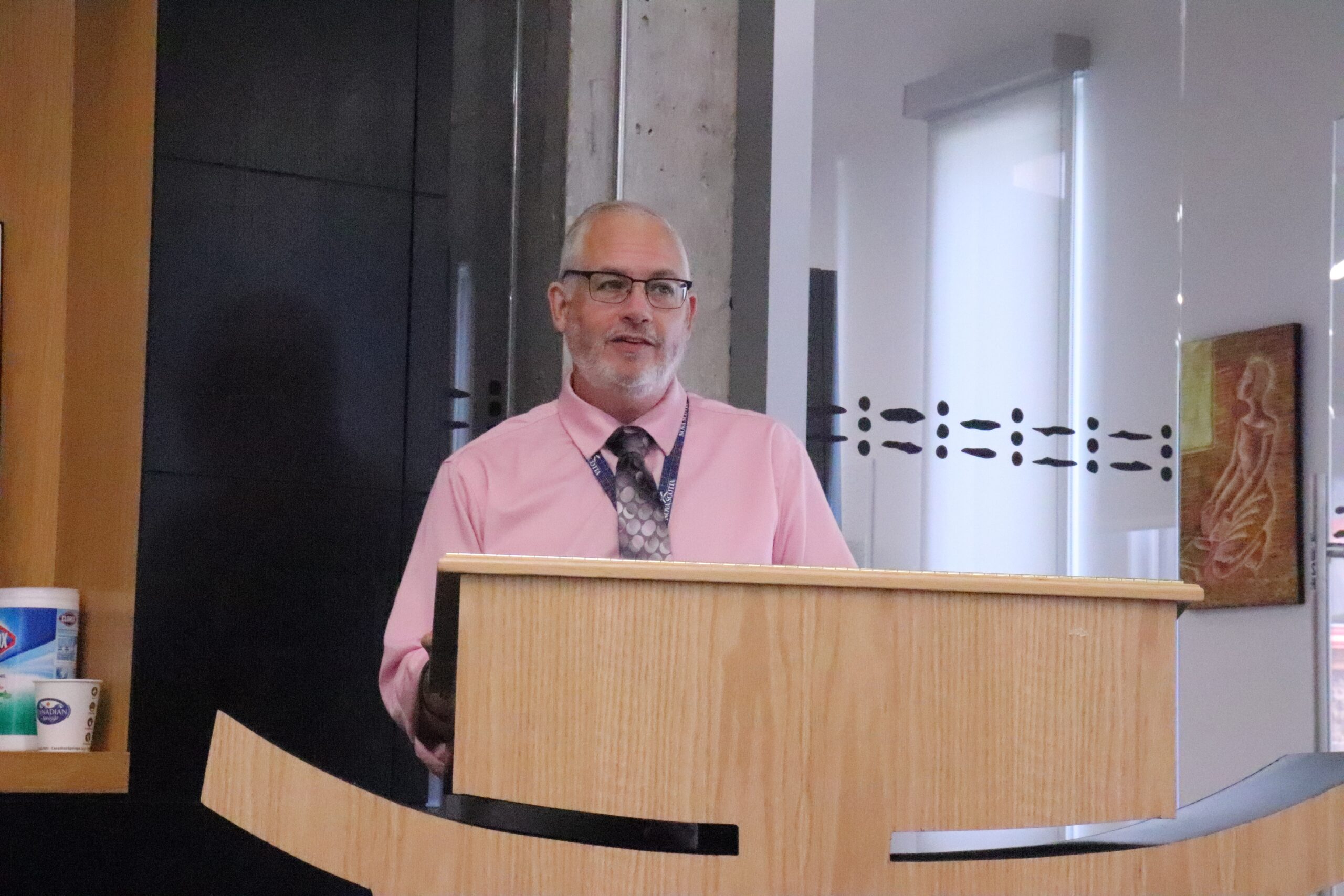 Justice Minister Brad Johns was at the event on Tuesday. After he was appointed as minister, the Department of Justice reviewed programs, including the institute, which were started under the former government.

“And one of the things that staff at DOJ, myself, and the premier came on side with was recognizing that the Justice Institute was one of the programs that needed to remain, that it was beneficial for the community and Nova Scotians at large.”

Members of the institute said they are still in the process of hiring lawyers and staff and getting office space. They’re still working on a date for an official launch. 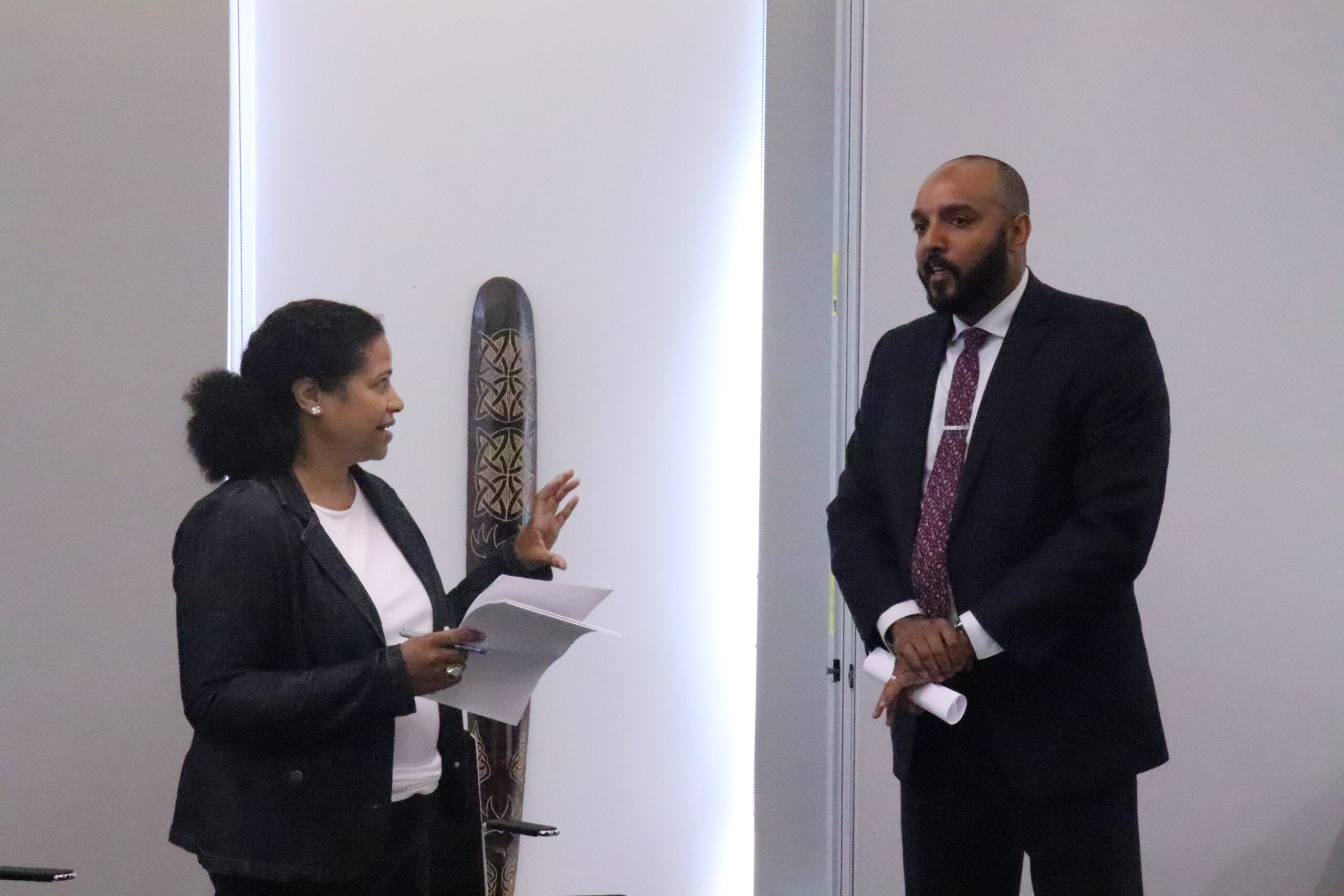 Speaking with the Halifax Examiner Tuesday, Brandon Rolle, a lawyer who works for the institute, said the institute will have a law firm with full-time lawyers on staff, a justice strategy working group implementation team, and a forensic assessment treatment unit.

He said the law firm will operate a bit differently than legal aid.

“We’re not going to inquire about people’s financial eligibility,” Rolle said. “If you’re of African descent, living in Nova Scotia, dealing with the criminal justice system, we’ll do our best to assist you and represent you.”

The justice working group then lobbied and worked with both the Liberal and PC governments to have the ban amended making “reasonable suspicion” the legal standard in justifying police officers being able to detain citizens and/or record their information into police databases. That change essentially closed the “loophole” in the ban on street checks.

“What does a transition worker for African Nova Scotians for people transitioning out of custody back into community. What does that look like? All of those programs would really be housed in that justice strategy pillar.”

“And then the third pillar being the forensic assessment treatment unit, which is currently responsible for Impact of Race and Culture Assessments [IRCAs]. So those IRCAs are all being done under that umbrella.”

Last year, Rolle successfully argued and upheld the sentencing of a Black man who received a community sentence for a gun charge after receiving an IRCA upon his sentencing.

ANSDPAD hired Rolle to argue the case in the province’s highest court, which made a precedent setting decision by upholding the sentence and also making IRCAs mandatory in the province when sentencing a person of African descent for a criminal offence.

Last year the Examiner spoke with Cecil Boutilier, a formerly incarcerated Black Nova Scotian. Boutilier credits the IRCA and social worker Robert Wright for helping him get a better understanding of his life experiences and for helping him turn his life around.

Wright testified last year in support of IRCAs at the appeal hearing over the community sentence for the gun conviction. 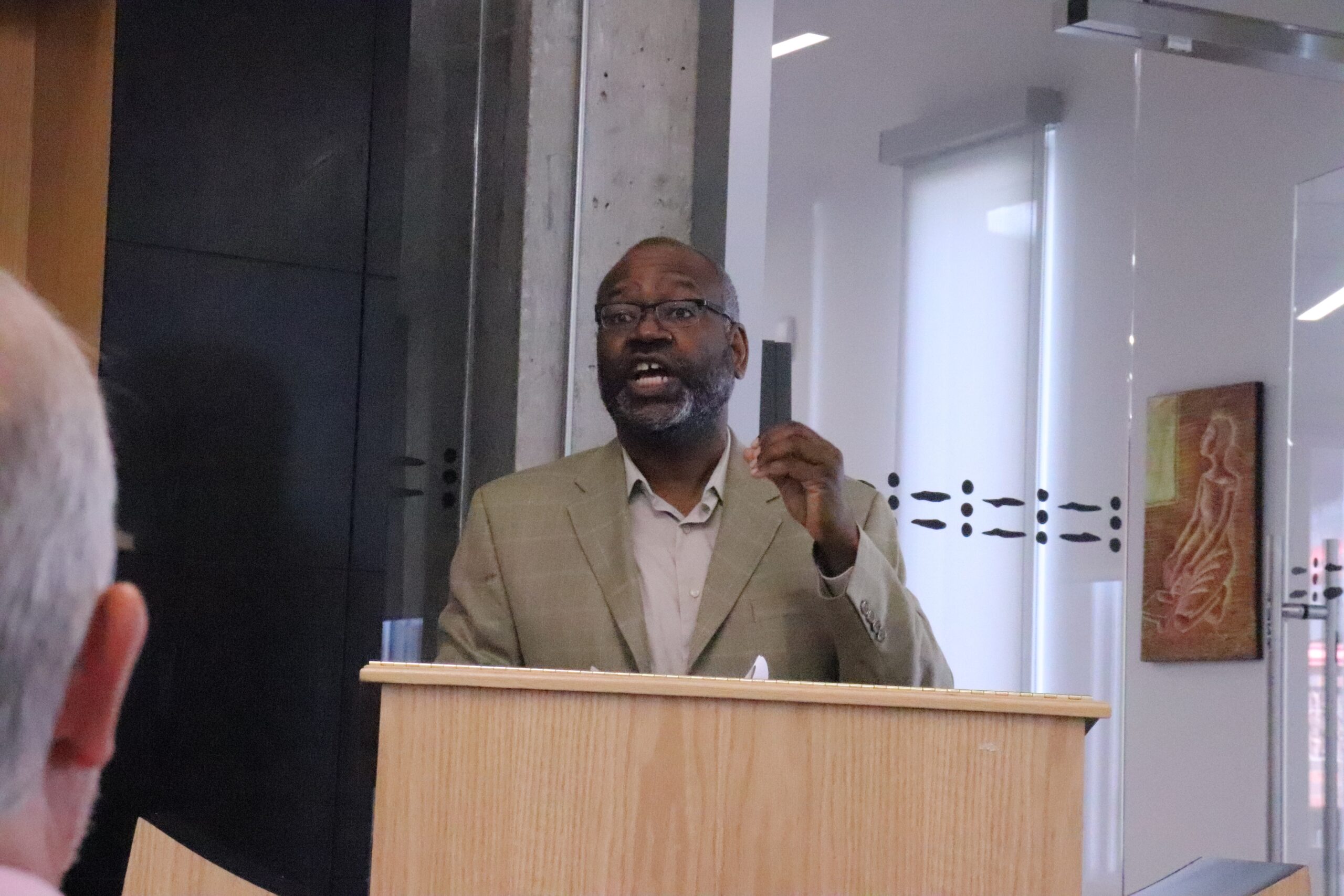 Wright said IRCAs will soon be mandatory for Black people, not just in Nova Scotia but across Canada.

“The federal government announced at the end of 2019 that they were going to make [IRCAs] national,” Wright told the Examiner on Tuesday. “They’ve charged the federal legal aid secretariat to do that work nationally, and there are three projects underway.”

“So that work is underway and will probably end in 2024. When I say end, I mean all of the training will be in place and all the policies should be in place by 2024. And by the end of 2024 we should see IRCAs being implemented in every jurisdiction in the country.”

Though between now and 2024, Wright admits that there are Black Canadians who could be at risk of “significant harm” when being sentenced.

“Until this becomes standard, the people who are in the system now, I guess the question is, ‘Are their lawyers informed enough?’” said Wright. “It’s going to be non-uniform for a long time to come until we’ve educated the entire national system to the new reality, to the new standard. But that’s really always the challenge.”

“There’s clearly a need to look backwards retroactively and say, ‘OK, let’s right the injustices that did occur before we saw the light,’ if you will. In terms of pardons, in terms of restitution, because if you go to jail a significant harm has been done to you.” 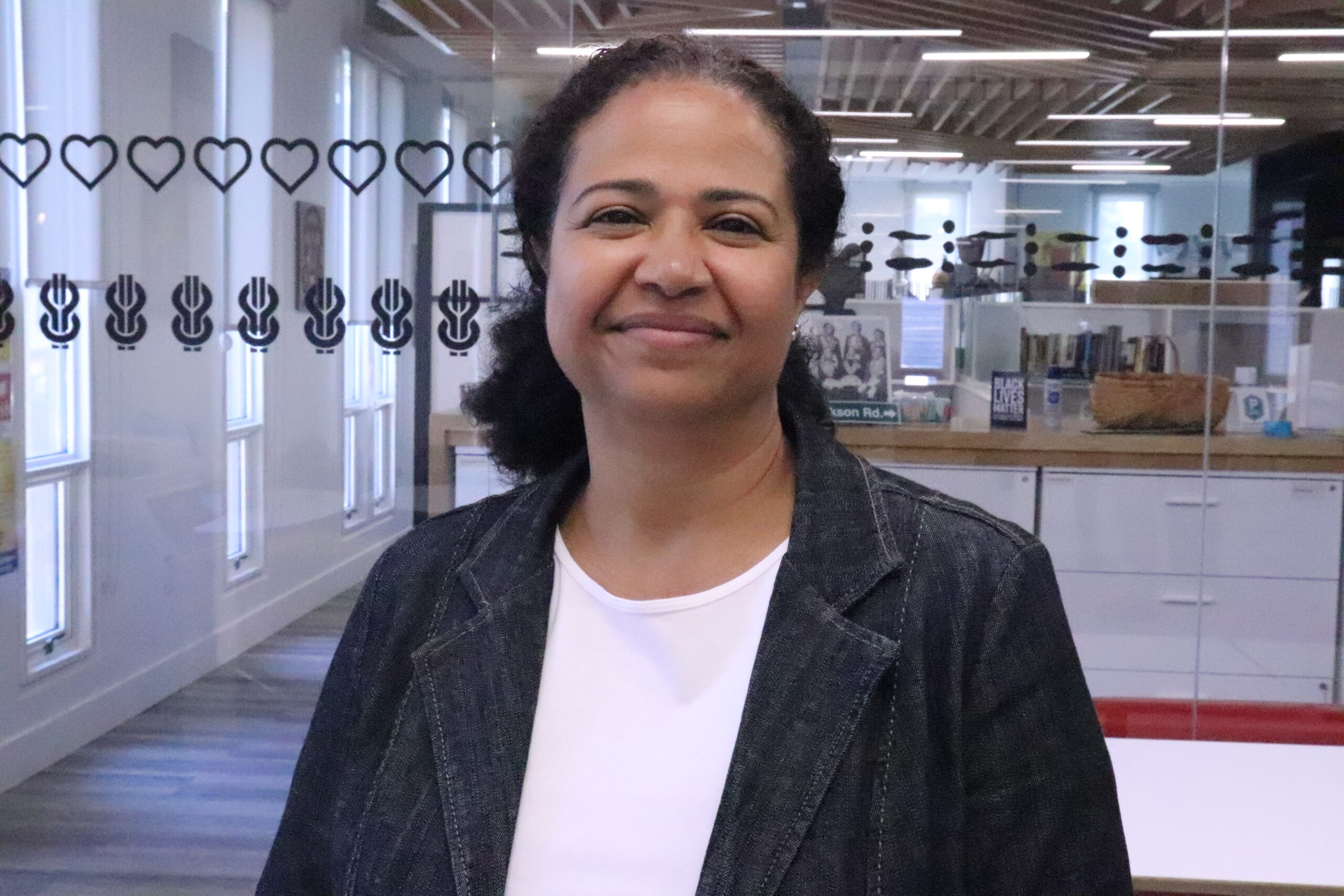 Michelle Williams is a law professor at the Dalhousie Schulich School of Law and is the former director of the Indigenous Blacks and Mi’kmaq Initiative at the school. Wright described her as “the keeper of the brain trust of the African Nova Scotian Justice Institute.”

Williams said no one organization can undo centuries of structural racist oppression, but they can take collective action and use the law.

Wright said there are people alive today who worked to advance policies we see today as being racist.

“We need to advance the change and convince a living generation of people that the way we were going was the wrong direction,” Wright said. 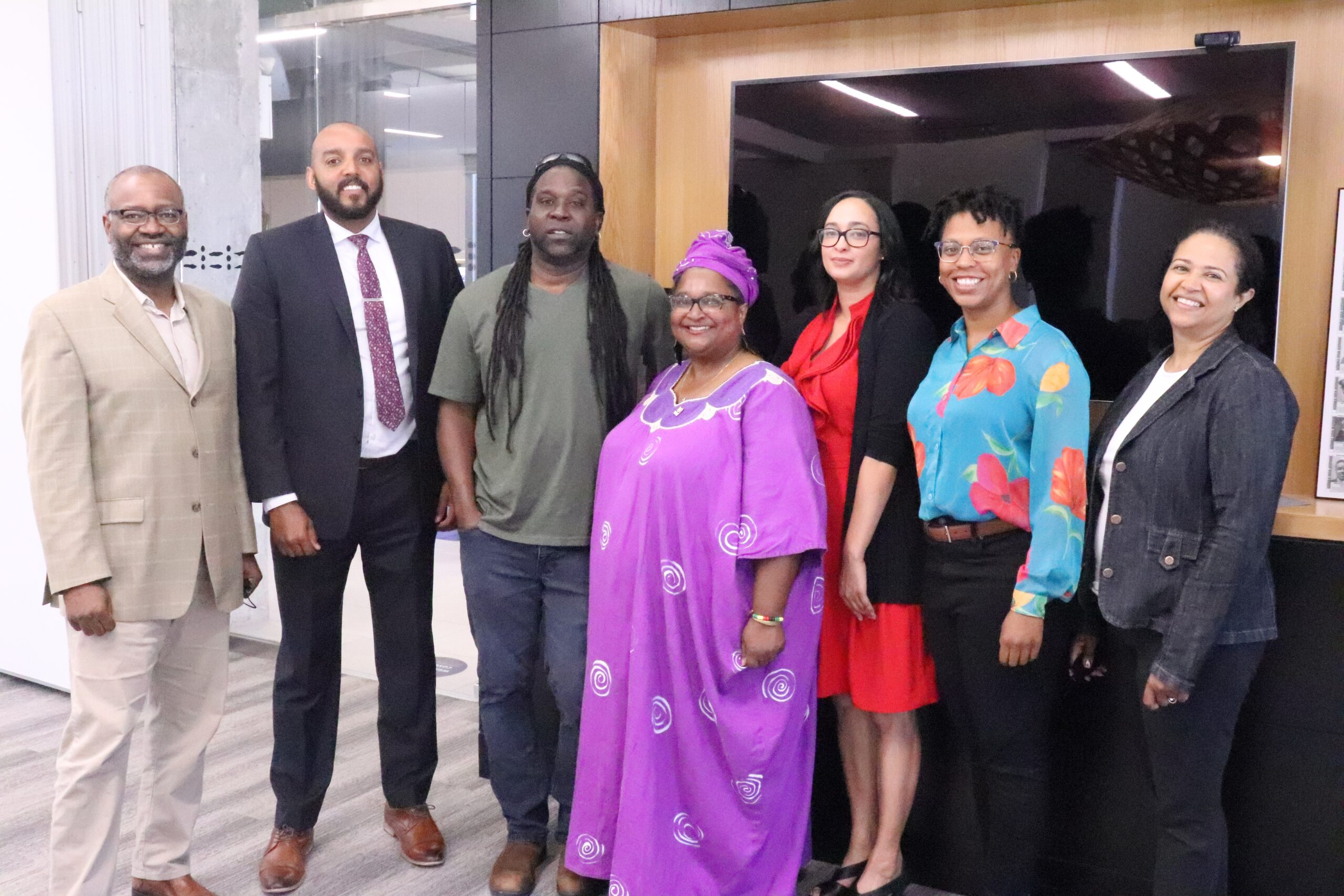