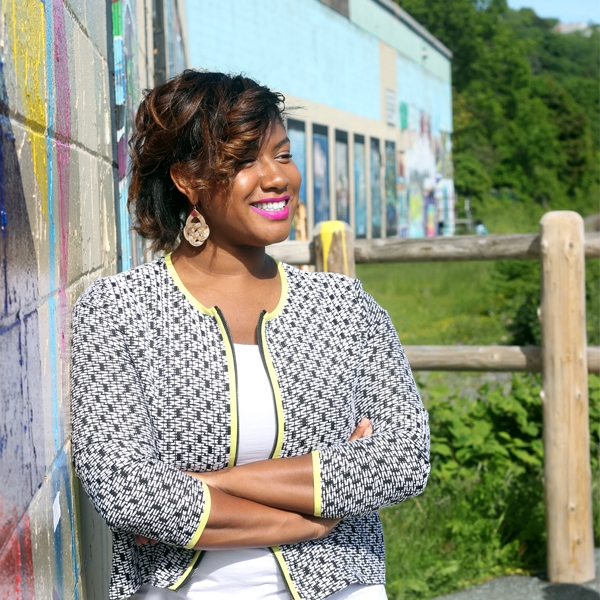 It’s a rhetorical flourish that has gained wide purchase since Prime Minister Justin Trudeau uttered the phrase in his 2015 election victory speech. I’d wager that First Nations still lacking potable water in the face of a pandemic for which frequent hand-washing is an oft repeated mandate ain’t feeling the love.

Moving along on the “multiculti Canadian” motif, let us now consider the metaphorical smack-down meted out by Premier Stephen McNeil against residents of the historic African Nova Scotian communities of East Preston, North Preston, and Cherrybrook. Serving poet Sonia Sanchez-esque fire, my sister scribe El Jones traversed the territory in a recent offering.

As for me, McNeil’s tirade transported me back to a dinner party (in Pictou) that I attended shortly after moving to Halifax, in 2012, from Salt Spring Island, BC. Curious about Nova Scotia’s longstanding Black communities (which I’d not yet visited), I asked the other guests at the gathering to fill me in. Without hesitation, a white woman declared that African Nova Scotians have “zero leadership” and asserted that “everyone who lives in the Prestons is a pimp.” Despite my immediate objection (ditto for that of my partner), the woman held fast to her blatantly racist stance. None of the other guests — all white and among them a prominent Nova Scotia born doctor — said a mumbling word. “So, this is how they roll,” I duly noted to myself.

Hence, I made my way to North Preston faster than folks (of a certain persuasion) are cranking out “Stay the Blazes Home” ditties. Indeed, I rode the bus there and was met by native son Archy Beals, now Student Advisor and African Canadian Support staffer at Nova Scotia Community College. I attended an uplifting worship service with Beals at the beloved St. Thomas United Baptist Church. He later took me on a driving tour of the community that I experienced as warm, welcoming and punctuated with friendly waves from everyone.

Fuelled by my fond memories of North Preston, I chatted yesterday with native daughter LaMeia Reddick who is among a group of young African Nova Scotians who recently came together to launch a COVID-19 testing site in the area. Mindful of the Chardonnay guzzling racist who openly disparaged Blacks as amorphous vessels of danger and dysfunction, I asked Reddick, age 29, to first tell me about her first name.

Set against the media frenzy that she and other members of the COVID-19 Preston Response Team have braved since McNeil’s meltdown, I could feel Reddick’s smile through the telephone line. “My mother had a good friend who was dating a Spanish guy,” she told me. “So she named me LaMeia which is a variation on ‘la mia’ which means ‘mine’ in Spanish. I’ve always loved that story and appreciated my mother’s creativity.”

Mine. On that note Reddick said that residents of the Prestons and nearby Cherrybrook (combined population about 4,000) have long fought negative perceptions about a community where dignity, generosity, kindness, and compassion prevail. Indeed, the area traces its roots to Richard Preston, an enslaved man born in Virginia who “bought his freedom” circa 1816. Legend has it that he discovered that his mother had escaped slavery and landed in Nova Scotia where she settled in the area today known as the Prestons. Grateful for the new life she’d started (despite its attendant hardships), he reputedly took the name Preston and later established churches throughout the province, including the landmark New Horizons Baptist Church in Halifax (previously known as Cornwallis Baptist).

“From the beginning, the Preston area was devalued because our ancestors were given the worst land for farming and agriculture,” Reddick said. “The community was intentionally isolated and marginalized. But still we managed to create bountiful farms that produced a lot of the food that African Nova Scotians took to Halifax, via horse and buggy, that fed white families.”

“My grandparents experienced segregation and lots of people had poor literacy skills because Blacks in Preston weren’t considered worthy of education,” Reddick continued. “White teachers didn’t want to come here, so we had to build community resources to teach ourselves.”

Reddick noted that in recent years, the area has been stigmatized for its alleged higher rates of sex trafficking and drug-related crimes.”But there is crime everywhere,” she countered. “Other areas have it, too. But the outside narrative of criminality and “recklessness” overrides everything else about the Prestons. Inside the community we know exactly who we are.”

Reddick said it was such “home truths” about the grace and goodness in her community that prompted her and a committee of about two dozen others to devise a plan to address the emergence of the coronavirus.“We started to mobilize after the cancellations of the NBA season and the Black Summit scheduled for Halifax in which many of us were slated to participate,” she explained. “Given the history of racism in the province and the cultural barriers that African Nova Scotians have always faced, we knew that we’d be an afterthought, if that.”

Taking a grass roots approach and working with local clergy, the Brotherhood, ACCE (Arts, Community, Culture, and Economics), and other activist groups led by young African Nova Scotians, the COVID-19 Preston Response Team determined, about two weeks ago, to open an area testing site, Reddick said. “It was a collaborative effort with the Nova Scotia Health Authority,” she explained. “We didn’t want our families or anybody else to get infected. We were all on the same page and have been working together with a common goal to keep everyone safe.”

Reddick said that McNeil’s diss has had a galvanizing effect on Preston area residents and among the nurses, doctors, and other clinicians involved with the test site. The community has a designated official “greeter” on hand as activities gear up for the day.

“People are showing up with an even greater purpose,” she said. “Appointments are fully booked. The health care professionals are completely with us and not fazed by the stereotypes.”

She continued: “They are grateful for the opportunity to engage in meaningful ways with African Nova Scotians often for the first time in their careers. They felt the same hurt that we did because of the premier’s comments. And because they know we are people of faith, the health care providers on the front lines are asking us to pray for them. What we are having, in the midst of a pandemic, is the transformational experience of adults working with young Blacks as if we have something valuable to contribute. We are receiving lots of praise from our elders. McNeil finally spoke his truth and everyone saw and heard it. That’s on him.”