Well-known Mi’kmaw linguist and consultant Bernie Francis worked on the project for more than five years with Trudy Sable, Director of Aboriginal and Northern Research at the Gorsebrook Research Institute at Saint Mary’s University. They were able to hire a team of Mi’kmaw university students to  interview Mi’kmaw elders about the origins of many of the place names.

The map is here.

City spokesperson Jennifer Stairs says my read of the threat assessment tender offer is all wet:

I read your post this morning about the RFP for the Threat Risk Assessment. I have to say your interpretation is a tad far-fetched. This assessment is standard practice, including the social engineering component.

The security firm does not attempt to hack into any employee’s personal email or social networking sites. They simply look at the information that has been posted to the public internet that they could potentially leverage during a social engineering attempt. For example, let’s say an employee participated in the ALS Ice Bucket Challenge and posted a video on his or her public Twitter feed. A potential intruder could see that and create a targeted “phishing” email to that person’s work email, based on another ALS Ice Bucket Challenge video. The employee clicks on the link because he or she thinks its innocuous and it’s also highly relevant to them because they just did it themselves. The act of clicking on that link may have downloaded malicious software to the employee’s computer or provided information about the municipal network that could then be used in a larger attack, which obviously we want to protect against.

The municipality does one of these reviews every two years to get an objective, third party assessment of our current IT security. If the third party has any recommendations to improve security, we review those and typically implement them. Basically this is the municipality doing its due diligence around information security.

A lot of readers agree with Stairs, so what do I know? Still, I don’t want my boss trolling my Facebook page. That guy’s an asshole.

Halifax Transit is hiring. During the drivers’ strike in 2012 social media and newspaper comment sections were full of rants about “overpaid drivers” and such, but really, if you think it’s such a cush job, you do it, you know? Split shifts that can consume 14 hours of the day for eight hours pay, continuously dealing with problematic passengers and unpredictable traffic, and more. My understanding is that most new drivers can’t hack it, and if there’s a better example of supply and demand dictating the cost of labour I’m not aware of it.

As I suspected, yesterday’s “suspicious death” is now not so suspicious. We don’t have any details about this particular case, but very often a “suspicious” death involves some tormented soul irreversibly ending his troubles. The police rightly announce the death, and then it gets picked up by the media… I don’t know that the media should ignore such news, but readers should understand that a suspicious death is likely a suicide.

Hurricane Joaquin isn’t coming anywhere near Nova Scotia. For some reason, the CBC illustrates this non-news with a duck*.

Jan Wong plugs Jon Krakauer’s new book, Missoula: Rape and the Justice System in a College Town, to raise the issue of campus rape. I’ve been reading Krakauer since his days at Outside Magazine, and every subject he turns to becomes a gripping and compelling read. I haven’t yet read Missoula, but it’s on my list.

I scoured the papers today for a sufficiently cranky letter, but came up empty-handed. In a pinch I can usually rely on some crank in the outports to come through — somebody in Yarmouth complaining about music on the waterfront, an irritated driver in Inverness going on about potholes, an old coot in Digby lashing out at the kids and their phones and their hippity hop — but today, even the kooks in Amherst are quiet. The change in the season must be getting everyone down.

City council (10am, City Hall) — I hate 10am meetings. But I’ll be there (maybe a little late), live-blogging throughout via the Examiner’s Twitter feed, @hfxExaminer.

Nightwatching (Tuesday, 8pm, Dalhousie Art Gallery) — a screening of Peter Greenaway’s 2007 film, which dramatizes the period in Rembrandt’s life when he painted his masterpiece The Night Watch. 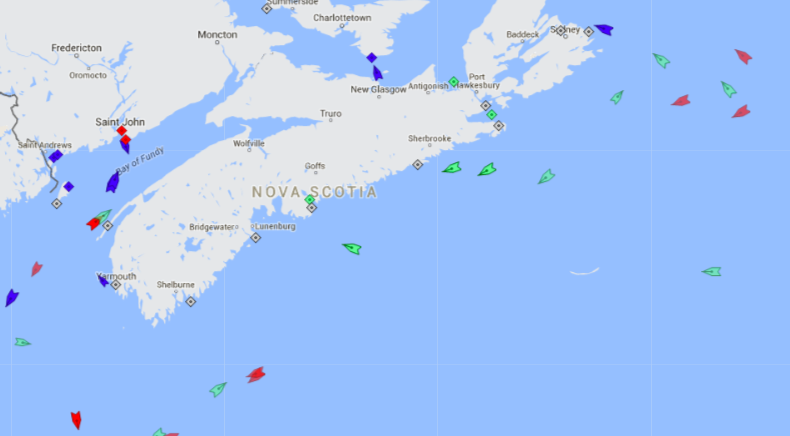 As I’ve mentioned, I’m working on a big project. My hope is to start rolling that out on November 1, but it occurred to me yesterday that maybe I should spend a bit more time on it. We’ll see.